(post withdrawn by author, will be automatically deleted in 24 hours unless flagged)

This is an early version of the collection im working on --please note the presets are only a demo of the disk contents -to use make another blank preset and load your sample or samples into new preset.(Each sample root note is A3 when played back at 14080 Hz)
These are from the Fairlight Sound Database - Carl Jakobssons wonderful site. Thank you Carl
http://www.nattvard.com/iix/utilities.php
I have made presets from what I think are the best disks from the collection, as these are 8 bit wav your Quantum memory wont be impacted a lot. These are not samples from the output of the instrument, these are the binaries on the 8"disk’s that came with the machine converted to Quantum format, they retain the original character.
Each preset contains contents of the entire disk.
https://mega.nz/file/gpozjC6Y#2ZsuuK6bUPHP8XUAQxtJSQQtj6CG5mzIdHCZwc_gWAk

History of the 2X and famous samples
http://www.fortheloveofthefairlight.com/tag/series-iix/ An in-depth exploration of the Fairlight, the synthesizer that sparked a digital revolution.

Famous Samples for Quantum/Iridium: The story of ORCH5!
Perhaps the first digital sample to become well known within popular music was actually a piece of Western art music, the fragment of Stravinsky’s Firebird captured within the Fairlight Computer Musical Instrument, the first digital ‘sampler’, as ‘ORCH5’. This loud orchestral attack was made famous by Bronx DJ Afrika Bambaataa, who incorporated the sound into his seminal 1982 dance track, ‘Planet Rock’. Analysis of Kraftwerk’s ‘Trans Europe Express’, also sampled for ‘Planet Rock’, provides an interpretive context for Bambaataa’s use of ORCH5, as well as the hundreds of songs that deliberately sought to copy its sound. Kraftwerk’s concerns about the decadence of European culture and art music were not fully shared by users of ORCH5 in New York City; its sound first became part of an ongoing Afro-futurist musical project, and by 1985 was fully naturalised within the hip-hop world, no more ‘classical’ than the sound of scratching vinyl. To trace the early popular history of ORCH5’s distinctive effect, so crucial for early hip-hop, electro, and Detroit techno, is to begin to tell the post-canonic story of Western art music." Its included in STRINGS4 folder. taken directly from a disc image file so it’s an 8 bit audio file. 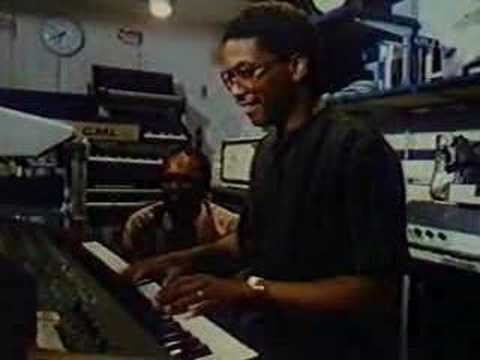 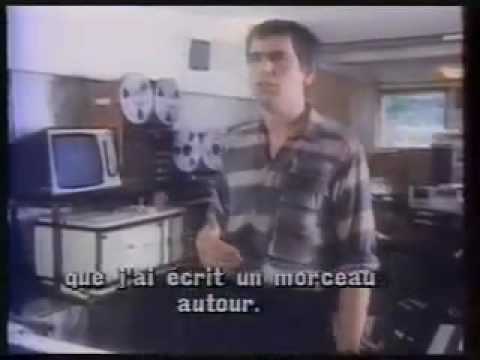 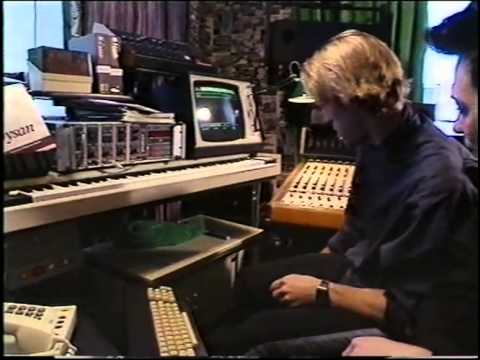 DX7 sysex files import into Quantum/Iridium and will create presets for you with the preset names and almost all of the settings perfectly. Its a game changer the Quantum is now the machine I always thought it could be. The real power comes when you mangle these presets with the rest of the Quantum objects (try bit crusher) —This is a portal to a whole new Quantum/Iridium universe!
Quantum doesn’t recreate DX7 pitch envelopes or multiple-operator feedback chains but give these a try, I think they came out great.
User 18081971 (Aphex Twin) posted on Soundcloud a collection of DX9 presets.The audio file is patch data from a Yamaha DX9. It contained 20 voices, the maximum amount of voices in one bank in a DX9, and it was in the cassette tape format.
������
Here are the ENO ones from Keyboard Magazine and the best of the User18081971 DX9 sounds I have made into presets.
(138 Quantum Presets)
https://mega.nz/file/cggAxAwY#ax83R1RlHz_Fe_dsVdTgBaUxRgq3SCr5-ACsVjpRWME 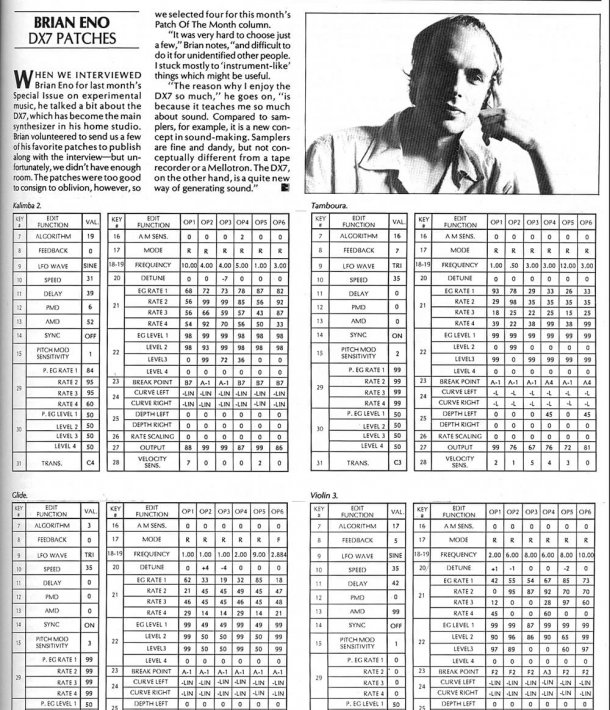 Is this thing actually out? Can’t be found on the Waldorf website, and I find it very strange that it would share the same name as the recently released Strymon cab sim pedal…

Yes out on June 12 --half the price of Quantum

If I get this this will be my Sith synth and the Kyra will be Jedi.

It kind of reminds me of the polar and darkstar virus TI but different synth under the same chassis.

Thanks for all the new info, d2ba. Have you actually had your hands on one ? If so what are your thoughts.

I was interested particularly with the new pads, as i posted up thread.

Yes out on June 12 --half the price of Quantum

What’s that in pineapple lumps then?

Thanks for all the new info, d2ba. Have you actually had your hands on one ? If so what are your thoughts.

I was interested particularly with the new pads, as i posted up thread.

For me three essential features
1: CMI Fairlight quality sampling ----all sample and bit rates up to 24 bit 44.1khz -----can accept Fairlight 8 bit 1480khz Series 1,2,2x and Series III 16 bit librarys. Also sampling quality is best ive seen on any new instrument since the CMI
2: Ability to import DX7 Sysex files --they come out almost 100% and mangle them with rest of Quantum objects
3: Ability to create user flash-able binary images --ive worked with Waldorf on this feature and they will adding it to their FAQ. I wanted the entire flash ram free of the samples and presets that came with it , in the end I kept the Don Solaris presets only and filled the rest of the 4GB flash with my own DX, CMI Fairlight , EMU II library—I can create a binary back up file and restore in 10 mins --amazing —I can wipe the flash of all presets and samples and start all over from scratch.

2300US is there an AUS markup for Waldorf stuff ? 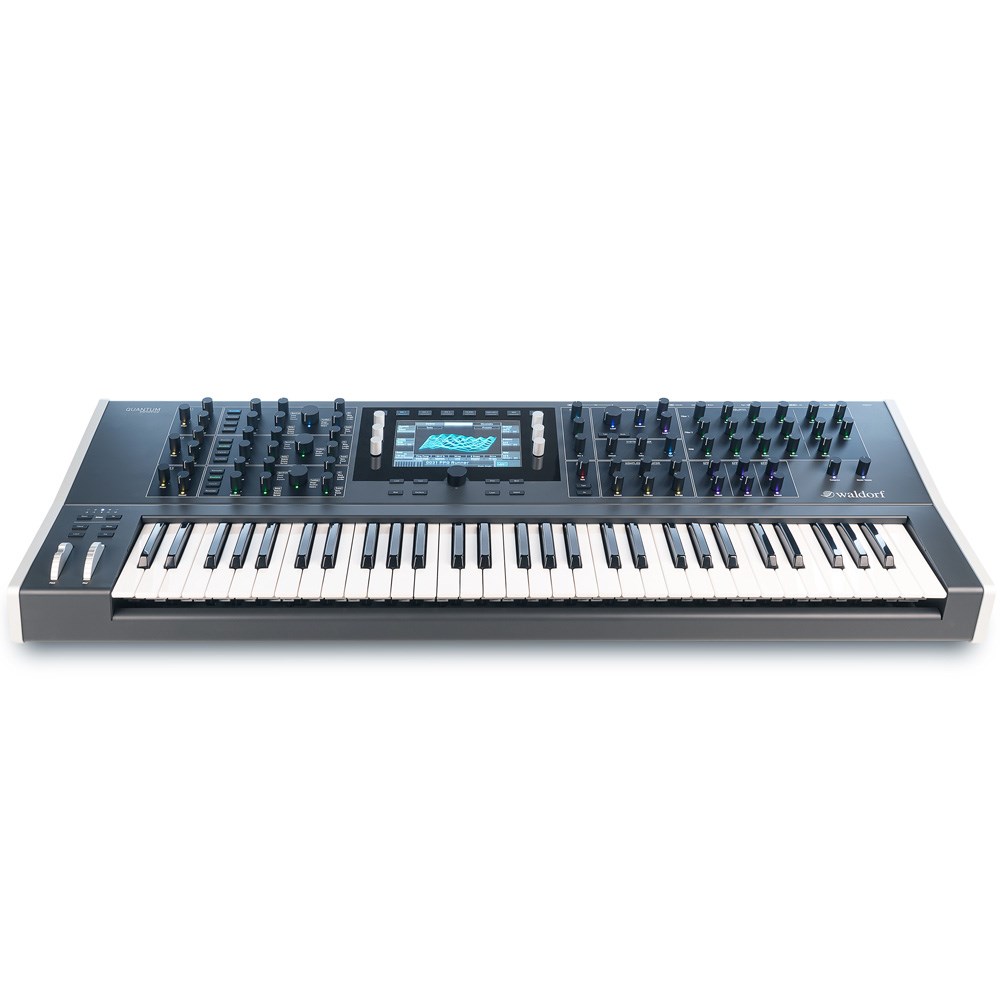 Waldorf is proud to announce a new chapter in their tradition of designing high-end ground breaking synthesisers. Starting with Waldorf’s famous wavetable technology developed decades ago, it was always a challenge to give our instruments a powerful... 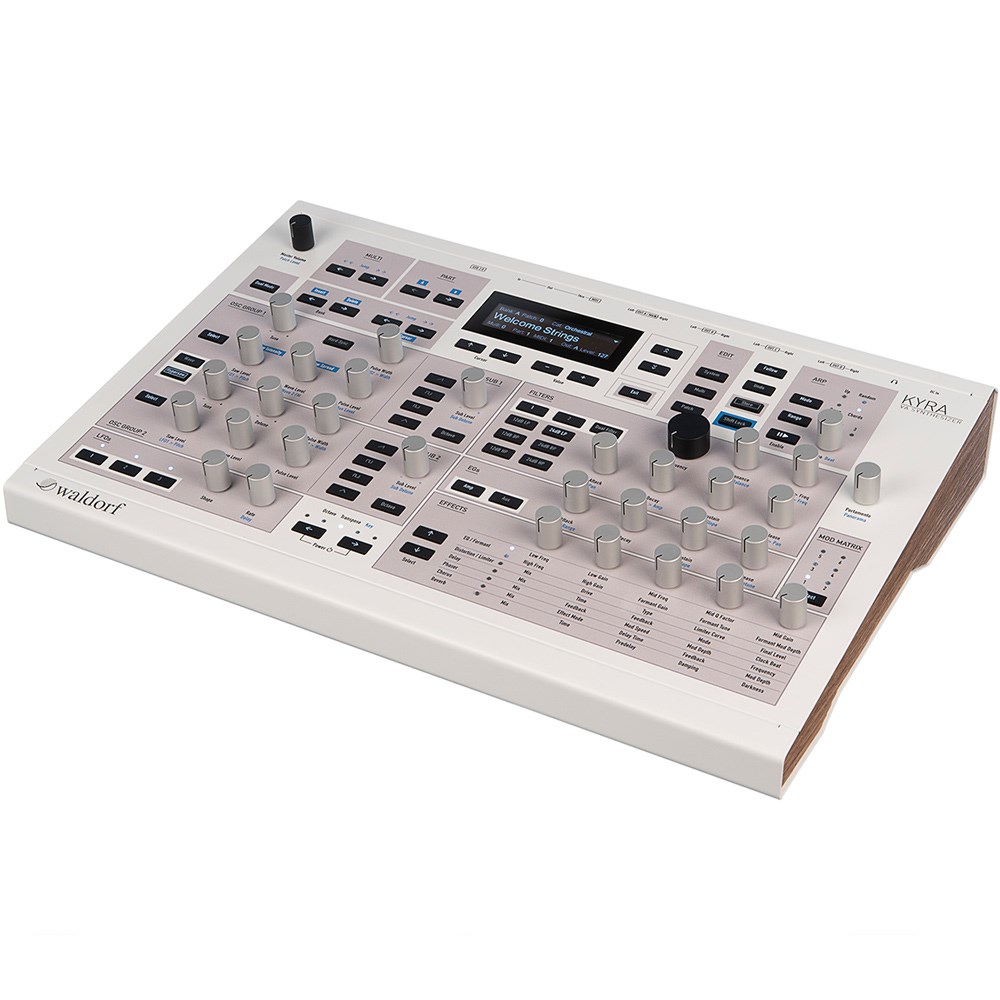 Kyra is a powerful, hardware virtual analog synthesizer capable of creating a wide range of contemporary sounds for live and studio musicians.From first glance it is patently obvious that Kyra is a beautifully-designed desktop VA Synthesizer — as the...

I think it will be the same price as the Kyra.

If you want to empathise with your antipodean peers, feel free to read this thread. Recommend you grab a stiff drink prior to though. Could be a lot worse though, some countries in South America and Africa are far worse.

Boom! Was saving for a modal cycles that came out of the gate at $550.00AUD when they launched… Just checked Store DJ and all gear prices have jumped massively. The cycles is now $700.00AUD!!! ARmkii is now over three and a half grand!!! [Screenshot_20200406-140245_Chrome] Add new found mass unemployment to this and gear sales in Australia are about to take a steep decline…

I think it will be the same price as the Kyra.

I would imagine so?

Will absolutely be buying this. I’ll hopefully be ready to preorder Friday.

If this does indeed show up day after tomorrow ready to ship, i will be very appreciative that they didn’t put us all through a rigmarole of pre-pre-announcements and all that.

One can safely say Iridium will be a future classic . I reckon Waldorf have a 5 year start on every other company to catch up; tech a great as this and at this price point. Waldorf deserve to sell these by the truckload!

Quantum doesn’t have analogue oscillators. It does have two analog filters and a digital filter, whereas it looks like the Iridium has three digital filters.

I reckon Waldorf have a 5 year start on every other company to catch up; tech a great as this and at this price point.

I reckon over the next fiver years we are going to see some very interesting things in the music tech world… we are only at the beginning of the second golden age of synthesis.

I sure hope so… I kinda feel like I’ve watched the same sorta synths get invented and re-interpreted two or three times over my 40 years of making electronic music*.