What's your latest purchase & what are your intentions with it? [pics ftw] (Part 2)

My first dip into Spitfire. I use session strings in Komplete all the time and I’m really not too fond of the sound. From what I’ve heard, Abbey Road Two sounds fantastic and should be a huge step up in quality. I went for the pro version. 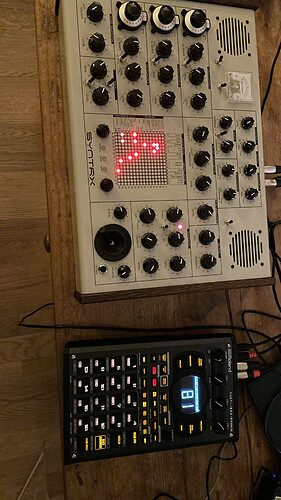 They came upside down and I intend to get straight into it!

Edit: this also came last week. I feel spoiled and blessed all the same 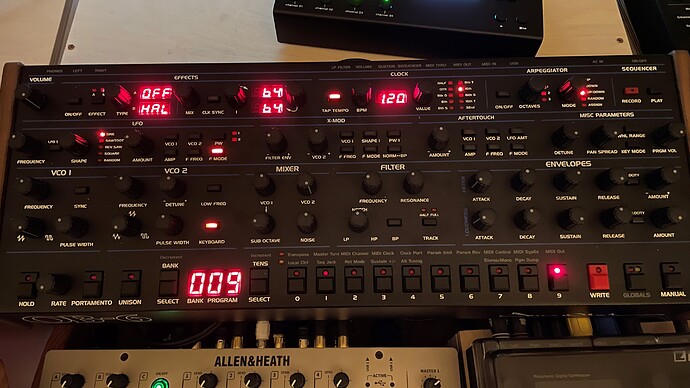 Gosh, you’re really rolling in the good times right now! You’re going to be busy for a while. Enjoy it. OB-6 will always be on my radar.

They came upside down and I intend to get straight into it!

Love my OT, but I’m pretty sure I’ll pick up a 404mk2 next year when used ones start to show up or the new ones go on sale. Seems like a really good friend for the Syntrx. 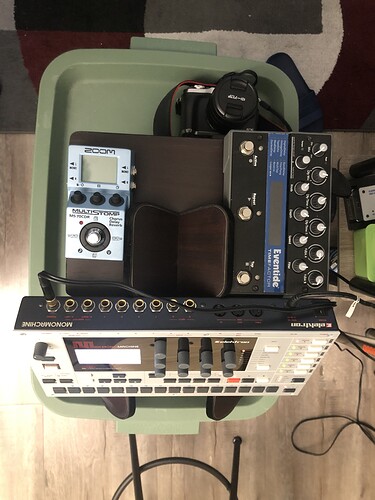 Back on topic: inspired by Syntrx discussion, I’m going all in on guitar stands for synths.

Edit: I’m pretty sure I’ve had those storage bins for nearly two decades. Great stuff for moving between apartments, and also decent storage once you are in to your new place.

Oh yeah! Busy for the year??

I mean, it’s a lot of newness, of greatness and lots to explore. So far so good! The OB6 is an amazing instrument. Very simple on the surface, and lots of range and more, it triggers emotions for me.

Hooked up and sounding fantastic… Played with this all day since arrival this morning, pretty easy to master and built very well. Love the feel. 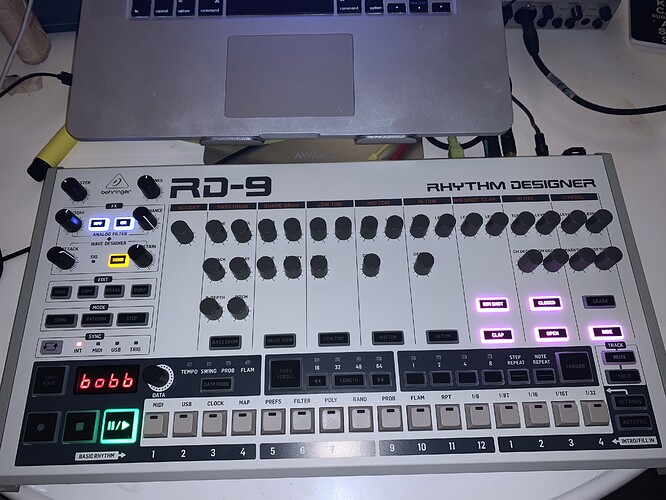 if I was on the market for a new hardware polysynth it would be a tie between Waldorf Iridium, Access Virus TI2 and Oberheim OB6 or the like. But I would need to be at a good synth shop that carried all and try them out before buying. Dropping over 2k at one time would require that or a good return policy.

love the sound of the OB6 and Prophet synths. On wish list along with a Waldorf Iridium.

Played with this all day since arrival this morning, pretty easy to master and built very well. Love the feel.

I decided to use the RD-9 using the multiple audio outs direct to the Yamaha 01v96i to process the drums instead so I won’t be using the onboard FX of the RD-9 as you can’t process all the sounds if your only going through the MONO output. Still, the onboard filter and Wave Designer is great it’s just that I have all these kinds of FX either in rack format or inside the mixer.

The RD-9 feels really premium IMO for a £269 product. You drop in and out of step, pattern and song modes at a breeze and the online editor is super. All the knobs and buttons feel like they’re built to last the next 20+ years too.

For the price this is definitely a win win. It’s an easy 10/10 when it comes to finding your way round I had it sussed in an hour. 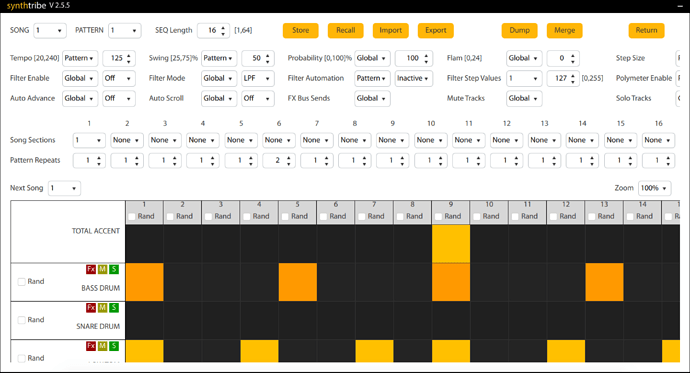 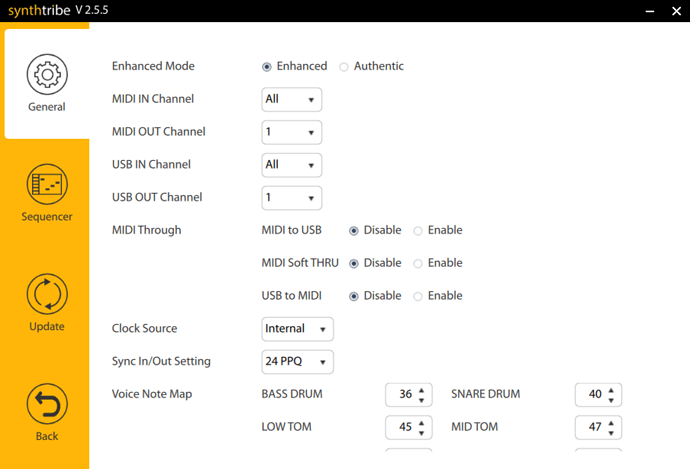 This crazy and very orange russian machine arrived yesterday! It is the most expensive piece of gear I’ve ever bought, but after a few sessions with the one my friend recently got, there was no way back.

The sound of it just hit the spot for me - warm, noisy and very organic - and I love the way the voices sort of mesh together in lovely ways, and how grooves slowly grow out of semi-random patching and experimenting. It forces you approach it in a very different way than you would with a normal drum machine, and I find that fun and exciting. (Not that I don’t love programming traditional drum machines also!)

Intentions: Adding mutations and noise to my grooves. Hooking it up to everything else (think it will shine with the Evolver!) And finally to make the Pulsar Doom Duo from hell together with my friend and her black one. 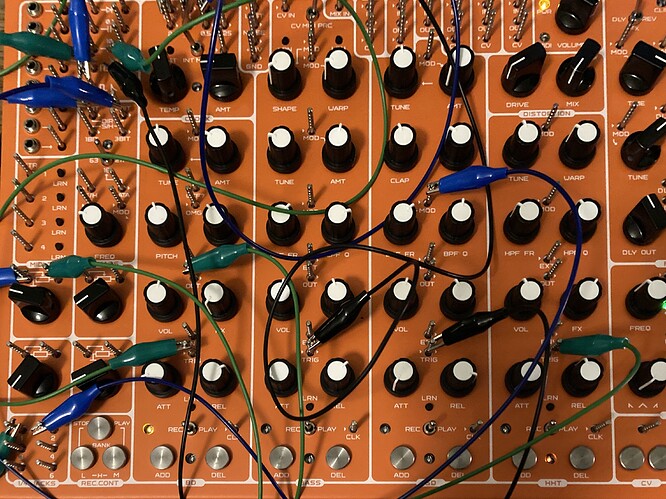 Postman delivered the Dreadbox Nymphes about 20 minutes ago.
Totally forgot my intentions with it. I just sit here and think about the text on the box, without opening it … lol

Got this the other day off reverb for a decent price( I think?) 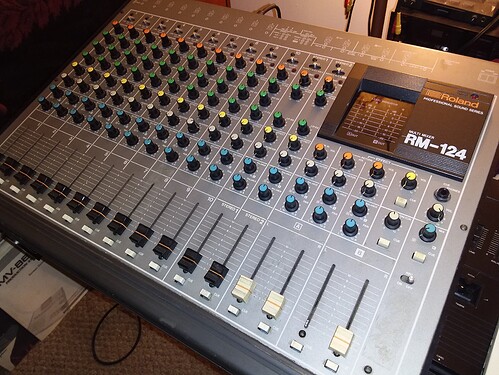 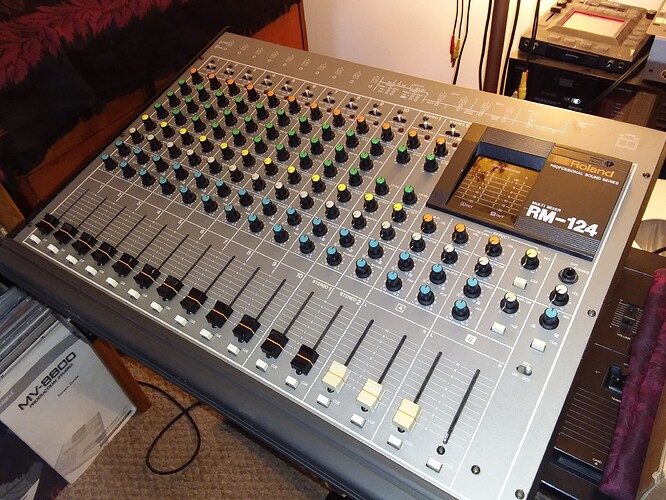 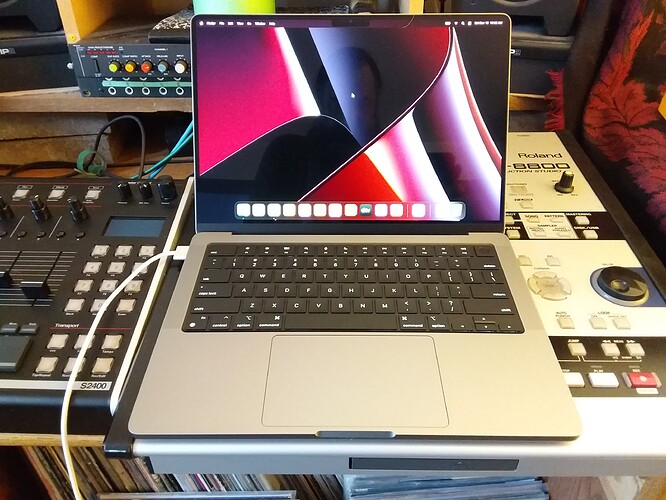 Looking back, if I had known that I was mostly going to use my AR2 as a drum sampler, I probably would have just purchased one of the MPC Live machines.

For now, I’m pretty set using OT & Rytm as the studio backbone, with anything else patched and/or sampled through the OT as needed. But I’ve had and loved an MPC 2500 for a good while, and the lure of a much more advanced MPC with a battery and soundbar was too much! Sofa beats here I come

You make me buy an Octatrack… 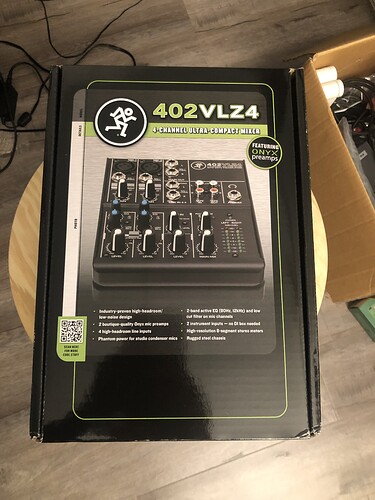 I’m getting an early start on NoSynthBuys2022.

Problem: the big Yamaha mixer takes up too much desk space, even in its rack mount. The little Soundcraft’s headphone outs are noisy enough to make Volcas seem hifi. OT as a studio hub doesn’t really work since I need headphones out, speaker out and recording out. If I CUE to recording, I can’t use 8 as a master machine.

So this little Mackie’s job is to take input from whatever I’m playing with and split it out to headphones, speakers and the Sony M10. Among other things, that will make the Evolver jammable and possibly the Shruti-1 as well.

I still PLA to get a 1202 and/or one of the smaller SSLs next summer, but I needed something tiny to solve the headphone & recording problem until then.

Also: with three analog mixers, I could do multi-voice no-input mixing.

Edit: I just completed a basic test. The headphone amp is quiet enough. It would have been nice to have two stereo pairs, but Mix5 was back ordered. This will do, and I might be able to use the Soundcraft as a submixer, bypassing it’s awful headphone amp. Intention: Use as my main electric violin. The frets make locating pitches so much easier, and add an extra playing technique - bow the strings and lift the bow for the same kind of fret sustain you get on a guitar after you strum. The frets are also low enough that they don’t feel too much in the way of glissando.

The pickup electronics include an active circuit that can be charged by USB. The pickup sounds pretty good though in passive mode, with the tone knob adjusted to tame the highs.

I’ve been jamming out on the Violin Legato patch on Spitfire’s Abbey Road Two the last hour or so. It sounds so good, but you’re the real deal. A sample pack is as close as I’ll get.