Inspired by Jeanne’s @Jeanne SY BITS = DFAM thread, I thought it would fun to try and make an SY BITS only track. Anyone else up for the challenge? 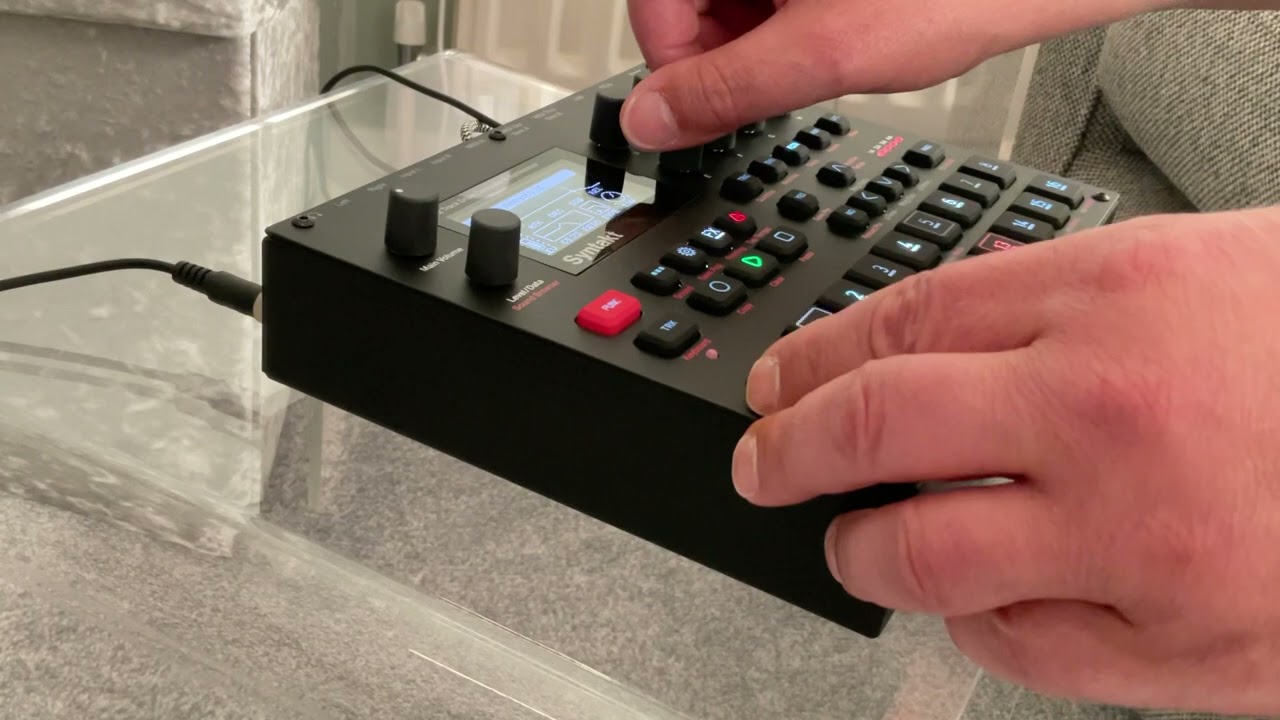 i don’t have a piece of music yet, but i started doing exactly this yesterday, only sy bits. 4 tracks only on syntakt and already getting great results

Cool idea! I’ll try to come something up with eight SY BITS

Look forward to hearing it!

yeah so i wanted to give it a shot, but ran out of time/ interest, just half an hour of noodling, of which over half of the time went into the ‘pad’ which i don’t really like. But the rest is very nice and crunchy, heavy and bleepy to me. SY BITS is real fun, especially ctr-all for different tracks using this machine. Here it is one track for the sub, one track for the drums and one for a miniscule bleep thingie, then 3 more for each of the notes for the ’ pad’ .

Heck yeah! I love this, sounds very nice. Any post or is this just straight Syntakt?

Once I find somewhere to order a Syntakt I’ll join this.

Just Syntakt, recorded through overbridge, normalized in RX7, mp3 because of size limit.

Cool sounds you got there! I need to get a bit more experimental with it.

Elektron’s Syntakt is a 12 track drum computer and synthesizer - a sonic metropolis that melts analog and digital synthesis into one instrument of outrageous opportunity. All your sound crafting, sequencing, and performance needs are fulfilled in an...

Getting a Machinedrum vibe off the little clicks.

Funny to see this because I found myself doing just this the other day, as I realized that I use sybits all the time. Which isn’t too surprising I suppose, it’s basically another two oscillator VCO with blendable noise, which along with the filtering really covers a lot of area. I end up using it in a lot of places I would normally use the dual VCO analog engine but I need more filter stability (for filtered noise in particular)

I’ve always had a fondness for NES music, and a few sybits tracks can get your reasonably close, but I can’t help but think about how amazing the NES would have sounded with filters as I work on this. Don’t want to ENTIRELY make it chip tunes, but can’t help but feel that influence at times.

Anyways, I’m working on another seven track Syntakt only set as a follow up to my first and this will probably make its way on there. I’m really early on this track (and my snare isn’t great and it’s still at the default 120bpm and I’m still tweaking sounds and and and) but here’s a quick loop

I don’t like sharing unfinished things. I’m trying to get over it.

oh forgot to mention that I was also further restricting myself to the square wave at 50% duty, the triangle wave, and noise for this one.

It’s sounding better, I have a snare I don’t hate, and some other subtle refinements! Trying to dial this in a lead I like then levels, and I’ll have a full track shortly afterwards.

(It was way harder than it needed to be because of the sequencer … the sounds took just seconds to create.)

I didn’t expect that!!

That theremin sound is

That is incredibly well done and definitely not what I expected, in a most glorious way.

How did you do those note slides?

How did you do those note slides?