Thank you for all your questions! These are the questions I received here on the forum, and each user has been tagged with their question below. I couldn’t answer everything, but at least I tried!

A: in no particular order, aside from the Digitone; Operator, Nord Drum 2, OPL3 (Soundblaster 16).

@panelist asks: "Was the choice of 8 voices for the Digitone a technical constraint or a design decision? Could you explain the parameters around that?"

A: We had a meeting were we asked: Do we want a few more voices, or should we opt for sound quality, and perhaps a few interesting features? We went for the latter. The Digitone is running its audio engine internally in 32 bit, 96khz, with interpolation and some oversampling. This results in the crisp, lush and luxurious sound that the Digitone has become known for.

@BSLPS wants to know: "How does the Elektron team decide what will be the next product to launch?"

A: We have a group of people called our ‘Product Board’, they meet up and go over our current product plan, what we could consider for the future, what shoudl change, and why. We then work with a sort of outline of a product. The Digitone for example was merely a ‘synth sibling’ to the Digitakt before we (the design and development team) decided that it should be an FM synth. You could say the process extends itself onto many people before an idea becomes a product.

@re5et manifests a question: "Overbridge is proving difficult to get right, can you elaborate if dev of software slows down dev of hardware."

A: It is a large undertaking, especially this new version as we have re-written the driver from scratch, with the intention of greatly improving reliability and performance. The software team and firmware team mostly work with separate tasks, but at the end stage of Overbridge development you could say they join forces. Naturally, this takes up time from both.

@min0nim asks: "Who would win in a Digitone battle to the death - you, Cenk, or Jimmy Myhrman"

@RobertSyrett conjures a Q: "Simon, how much math did you take in college?"

A: None, I studied art/music. I could never learn math the way the school system taught it, unfortunately. I enjoy math, but not without a goal other than ‘learn this thing’.

@pulsn wants to know: "Is the Analog Four a modern Copy of the Roland system 100 and can you elaborate more on the Design decisions for the Synth engine?
What is your best practise advise for the best way to learn FM Synthese?"

No, the Analog Four is our own design, but parts of it is of course inspired by previous work. Its design began as something much simpler, but during the course of development and design it became a sort of analog powerhouse instead.

Best way to learn FM is to start out with 2 operators - when you have spent some times getting a feel for what different ratios, levels, and amount of feedback does to the timbre you can move up to three, then four operators and so on.

@brisket sends a Q: "Can you describe the testing process for a new machine? How long do you spend with a prototype, how many people use it, how many iterations does it go through before deciding on the specs for a production model?"

I would call this more ‘design’ than ‘testing’ - while prototyping a lot of time is spent figuring out functionality and parametrization, i.e how it should work and how you should work with it. Testing this out at an early stage (prototyping) is crucial. An idea can be great in theory, but horrible in practice. For the Digitone I worked with Max and Gen to test everything, and when implemented on hardware we tested it further.

@RiddimFernandez wonders: "What was your first piece of gear? Do you still use it? What are some of your favourite music tunes of all time?"

Does a Nintendo Game Boy count? That’s what I started making music on anyways. I still use it, with LSDj or nanoloop. Love it, still. As for first synth, I bought a broken Korg Poly-61 which I fixed, and later sold - not a favorite in any way, but it introduced me to subtractive synthesis and made me lust for more.

@lostinthemanual wants to know: "how many people at elektron are actually programming the firmware for the boxes? How much time has it taken from the first concrete decision to build a DT, respectivly a DN, until the first unit has been shown at Namm ( production beta) was finished ?"

A: Firmware team is around 10-12 people now. (I can’t keep track anymore…)
DT took a good year I think, and DN half a year due to having the framework finished (DT)

@Rusty ponders: "How much chokladflarn is kept at HQ?

How much chokladflarn would I be able to eat, before work collegaues started to find it an issue, and I would have a meeting with management?"

@dizzy asks: "What did you want in the Digitone that didn’t make it"

A: Oooh. Hard to remember now! Most of it did end up making it into the box, but mainly because I try to design things that are realistic to implement. Oh yeah, feedback on all operators in an algorithm were left out due to resource issues.

@chapelierfou wonders:
Q: "What made you decide for a fixed set of FM ratios ? Don’t you think that a “free” mode allowing, for instance, non-stepped LFO automation of FM frequencies, or simply more crazy sounds, could be interesting ?"

A: Usability, simple as that. Detune is intended to be used for introucing inharmonic relations.

Q: "More generally, would you admit that there are some features that you don’t implement in some machines so it doesn’t go too much in some other machines’ territories?"

A: No, we actually do not work like that, and I’m happy for that. I always wonder where this idea is coming from, because or machines have a lot of overlap! It would be strange if a synth has all the features of a drum machine and vice versa. The right features for the right instrument.

Q: "How did you get the idea of the X/Y mix ? I think it’s awesome and never seen it anywhere else."

Thanks! I don’t know, it just popped up. I was jotting down some ideas on paper (which is always a good way to come up with stuff) and it just sort of happened. I was trying to find parameters that would have intersting results without being complex to use.

Q: "Do Elektron staff generally prefer Snowboarding or Skiing, and is there competition between the two preferences."

A: Uhh… I don’t know… I do neither. I imagine there is FIERCE competition. I don’t dare to ask.

Q: "Talking of preferences, what kind of programming languages are utilised for the coding?"

A: C++ mostly. All the DSP algorithms are written in assembly though!

@andreasroman sends a question: "Of all the things you could’ve made after the SID, the Mono and the MDrum, why the Octatrack? And what didn’t you do, that was on the drawing table at the time?"

From my ventures on the old Elektron servers: There were lots of odd gadgets on the table, think Teenage Engineering-like, but perhaps stranger. None of those were ever realistic, and somewhere along the way the idea of this modern, performance-oriented, sampler became the goal. There were lots of funny working names for it, like loopzifier, trackstar…

@wouzer asks: "How do you feel about the huge amount of problems elektron has in the new equipment?"

Not good at all- before we fixed them- but every time reading about issues I feel a knot in my stomach. It’s important to keep your head cool and focus on going forward however, and in this case it meant fixing the issues.

@jb wants to know: "Is further development for OT truly finished except for bug fixes?"

Ooh. Right now… I recently played through Half Life 2 again, and each episode… It holds up! It’s such a well designed game, still. All-time favorites though, that’s tough. Killer 7 comes to mind, perhaps purely for the aesthethic. Zelda: Ocarina of Time for the nostalgia, although it has not aged well. Super Mario 64 still has my favorite controls in any game, and it has actually aged well. Favorite from recent years is Witcher 3, love that game.

A: None, I studied art/music. I could never learn math the way the school system taught it, unfortunately. I enjoy math, but not without a goal other than ‘learn this thing’.

Could you throw any sources out for learning the maths for use in music/sound?

That’s basically the knowledge I need to acquire now.

Could you throw any sources out for learning the maths for use in music/sound?

There’s a person on this forum who is awesome, and I don’t want to call them out and name any names.

Thank you very much!!!

Me loves this bit of lore…
From now on I’m rocking my Loopzifier!

@Rusty ponders: "How much chokladflarn is kept at HQ?

How much chokladflarn would I be able to eat, before work collegaues started to find it an issue, and I would have a meeting with management?" 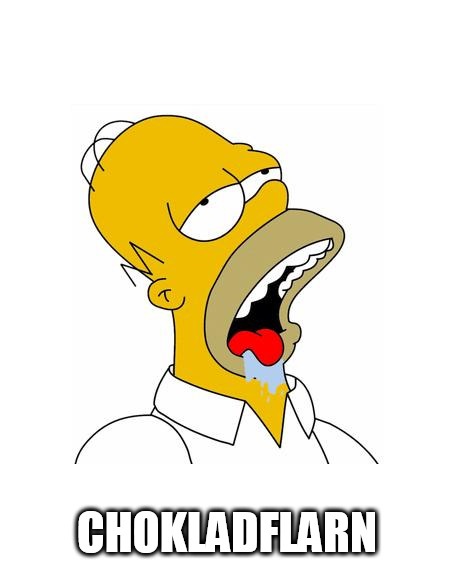 unwashed heathen that i am, i have never experienced, nay encountered, this thing called chokladflarn.

unwashed heathen that i am, i have never experienced, nay encountered, this thing called chokladflarn.

It’s what the gods eat in the halls of valhalla.

I think it has chocolate in it?

It’s what the gods eat in the halls of valhalla.

Also available in my local shops (which are not, as it happens, in Sweden)

Also available in my local shops (which are not, as it happens, in Sweden)

The gods like to travel. Now ask yourself this… if you were a shopkeep; and one of your semi-regulars, a largish fellow, some kind of tradie, judging by the big hammer he carries; made the polite, but firm request that you stock chokladflarn, would you?

Umm why isnt this post a feature at elektronauts?

thanks for the replies sir!

i even have no clue what it is ?
i´m from switzerland, have i missed something …or are we even in danger ?

i´m from switzerland, have i missed something …or are we even in danger ?

To be fair, you have some nice Swiss treats too!

i´m from switzerland, have i missed something