Parameter lock without triggering the note?

hi.
ive not found, how to parameter lock the sequencer on the keys without setting trigger for notes.

like “func and trig” on the digitone and digitakt …

does parameter lock without trig work on the keys?

It works the same way is Digitone/Digitakt; FUNC+Trig in grid recording mode places a trigless lock.

Edit: Just tried on A4MKII and it lays down a yellow trig which should be a trigless lock like the others. So, unless this is different on the AK then it should be the same.

i tried - then the light on the trig is on (only dimmed) - but - there is no effect on sound when playing notes whith the keyboard, while seq with the parameter locks is running

I’m guessing that a dimmed trig is a trigless lock on the AK. What parameter are you locking on the trig? Have you tried something obvious like filter cutoff or delay feedback? Like, a really dramatic and obvious change.

I am assuming you want to lay down some trigless locks to effect some parameters. Then, while you’re playing on the keys, have those locks alter the sound of what you’re playing live?

yep - i tried extreme filter settings - from totally low to high and back - no effect.i try around now for hours … no chance … i see the settings on the display - but the sound does not play what i see …

Yup. Just tested this and was about to report back. Precisely as @sezare56 has stated.

that means - i cant sequence the sounds while receiving midi notes from the daw - like i can do with digitone and digitakt?

But isn’t this a bug to be reported?

there’s a weird workaround - for some reason, enabling Multi Map will partly allow it (no entries needed in the MM list)

@garf, could you elaborate? MM is always enabled isn’t it?

bug to be reported?

Why not. Eventually feature request. It works with Digitone as @hp3007 stated. In that test I made, drums sounds and other parameters are plocked with trigless here, modifying played notes. 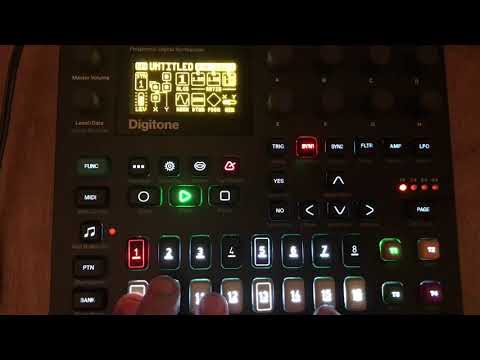 Same problem with A4 MKI.
I don’t know why A4 MKII wouldn’t behave similarly, just a few hardware related exceptions.

The way it works on the analogs is the norm - this is what should be expected as default behaviour imho - i.e. the MIDI arriving at the track is superseding the sequenced data - it’s always been like that

The fact that this is happening differently on the DN is intriguing, it’s possibly an undesirable behaviour (although I can see the obvious attraction of the option)

Sculpting automation to play over has obvious potential, but it’s not ideal in all scenarios either

It’d be interesting to get a view on the divergence, it may well be that the DN behaviour is changed though

There were discussions on this broader area recently - it raises a quandary - if you went on to record on the DN as it is (as opposed to just playing) - those parameter locks would potentially sound, but would be erased if the played note rolled over it - so it gives an inconsistent behaviour potentially. It’s potentially a bug even on the DN, it’ll be interesting to hear the official interpretation

It has to be a feature!
Eventually an option, depending on track channel or auto channel.

@garf, could you elaborate? MM is always enabled isn’t it?

i don’t know how the A4 deals with MM but on the AK there’s a dedicated toggle button.
here’s an example vid – triglocks (no notes) are on the filter cutoff/res/pan and can be heard when live-played in MM mode (MM is empty - has no entries): 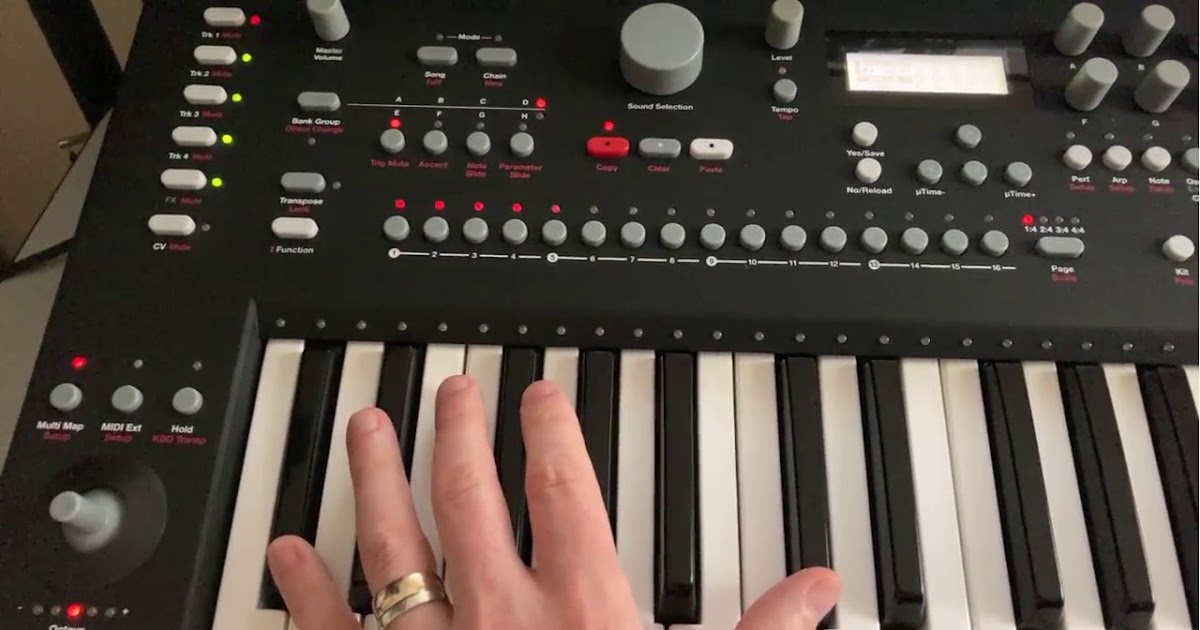 sculpting automation on the machine - is one of the kery-features on the digitone.

i would like to send looong pad-notes from the DAW to the KEYS and make a lots of different rhythmic sequencing with different sequence-lengths and trigger-legnths on filter, LFO speeds and so on. … i know, that i could do that with automations and midi - but it would be nice to be able to do that live on the machine - like the Digitone allows …

i don’t know how the A4 deals with MM but on the AK there’s a dedicated toggle button.

Surprising, thanks! Gonna try this just after this post!
I guess it corresponds to MM edit on A4s.

I guess it is also MM edit mode?
I tried different settings (no entry = no sound, entry with track or auto channel, internal keyboard, external on track, auto, perf channel…)
No luck! You deleted default entry?
@garf that’s not very nice of you, I want an AK even more!