This version adds Digitone Plugins to the public beta.

This is a public beta, as opposed to a stable release. As a result, we encourage you to submit any queries or issues to our support channels. The public beta will continue until we are in a position to release a stable version. Make sure you read the manual, the topic How to report issues and the section below with Known Issues.

Standalone Editor for Windows and macOS
The Standalone Editor allows for controlling the Overbridge enabled devices parameters via a GUI desktop application and also managing sounds and samples on the device.
The Overbridge Engine handles all USB communication between your connected Elektron device and the standalone editor.

VST Plugin for Windows and VST/AU for macOS
The Plugin allows for controlling the Overbridge enabled devices and stream audio via a VST Plugin. This makes it possible to sequence, sync and automate the device with your DAW. Audio will be streamed to the plugin making it possible to use your audio interface of choice in your DAW while still receiving audio from your unit.
The Overbridge Engine handles all USB communication between your connected Elektron device and the VST/AU Plugin.

Total Recall
This feature lets you save projects from Overbridge enabled devices into your DAW’s project.

Total Recall can be enabled by pressing its icon in the plugin. The unit will then sync the project files with the DAW. When opening a DAW project that has Total Recall enabled and a synced project the unit will ask you to confirm that you want to transfer the project from the DAW to the unit’s active project. Any unsaved projects will be lost.

Firmware
This beta release requires you to have the listed firmware installed on respective units. These are beta OSs and are not guaranteed to work in any other setup.

The specs are not the only thing necessary to have a smooth experience. Real-time performance of the system is equally important. This is affected by other running processes and by different manufacturers of computer hardware. There are tools available to analyze systems.

DAW Support
This version will work best with Ableton Live. But other DAWs will be supported as the beta progresses.

Run the Overbridge Control Panel application regularly to ensure you get automatic notifications about the availability of software updates directly from Elektron.

If upgrading from Overbridge 1.15 or earlier, note that a complete uninstall of the previous version will be performed first. This means you will lose any previously installed Overbridge plugins and Overbridge drivers if you install the Overbridge 2.0 Public Beta.

To think about when using an Overbridge unit as a sound card:

Most Overbridge enabled devices can be used as 2 in 2 out interfaces in addition to the audio over USB for each individual voice. This means that if you are not careful with your routing and where/what you are monitoring, you might get feedback or voice doubling. Especially when software monitoring in your DAW.

In the Digitakt, doubling of audio can be prevented by turning off all internal audio sent to the mains out on the Digitakt. This is done by changing Settings > System > USB config > “Int to Main” to “Off”. Auto has no effect when using the Standalone Editor.

The Heat is a 4 in 4 out interface and will not be affected by the issue described above. If you still experience issues, check in the Heat manual that you have set up the routing correctly.

Awesome, can’t wait to update my Digitone and run the plugin.

So excited for this! Can’t wait to get home from work and try this out!

Hi Olle! I have problem - Ableton 10 doesn’t see Analog 4 MK1 as MIDI device after installing OS 1.36_BETA2, so I can’t control them… Overbridge is working well, so problem just in MIDI

Make sure you read the manual, the topic How to report issues and the section below with Known Issues.

its consistently crashing Ableton 10 osx when changing preset sounds in analogue 4mkii. reported.
the previous version did not do this.

Everything is working fine for me in ableton 10, but I’d like to note that the digitone tracks are WAY louder than the digitakt tracks. It makes mixing them very hard. Can we please have the ability to make the digitakt tracks louder in the next update?

I second this, the Digitakt is way too quiet, I’m relieved the Digitone is louder and hope it stays that way

looking forward to trying it later on. I’ve seen the thread arguing about mixing levels etc but I want the choice, I’m currently forced to turn all my other inputs way down. It has nothing to do with mixing, It has to do with source signal levels.

But you can boost the output of DT in the comp page.

Neither of the Digitakt plugins work for me in Ableton still. I get an error that states that the overbridge engine isn’t running even though it is and the digitakt is showing up as idle in the the Overbridge Engine window. I’m using Ableton 10.6 and OSX Mojave 10.14.4. The extension has been allowed in my security preferences and the digitakt is in overbridge mode and is on the latest firmware. I also made sure to uninstall the lastest version of over bridge engine before installing this new one as well as finding any and all files leftover from the overbridge software and deleting them before installing the new version. I also did a clean install of my operating system, Ableton and the overbridge software and still get this error message. I have no firewall or network filtering software installed. 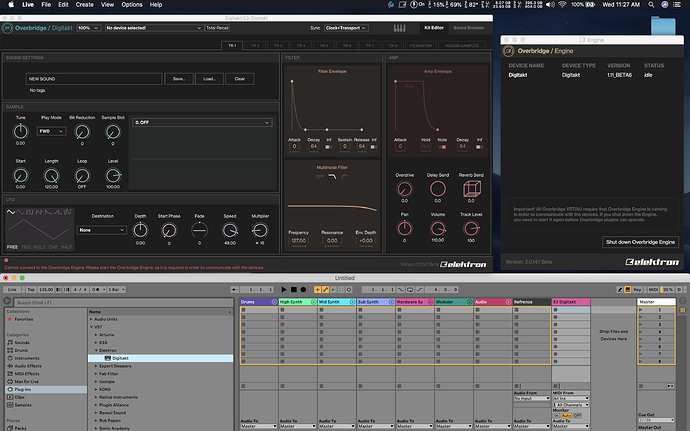 For Digiton and Mac Users

SAME Problem as the last 3 Beta’s under Settings > System > USB Config > Overbridge Mode , there is no Midi Showing on Mac, means you can not Sync it with a DAW , you can not Play from the Daw to the Digiton and record at same time trough the Audi Channels. Im devastated a little bit because with 2.0.9.16 B and Digiton OS 1.20B it’s still Working as designed.
I copied the VST Plugin to the library and it’s Working also with 2.0.9.16 B this is great

I reale hope that some read this from Development , something is lost on all the new Beta since 2.0.9.16b the midi 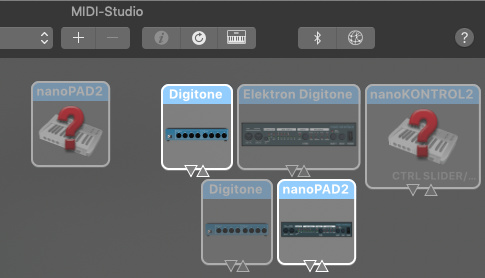 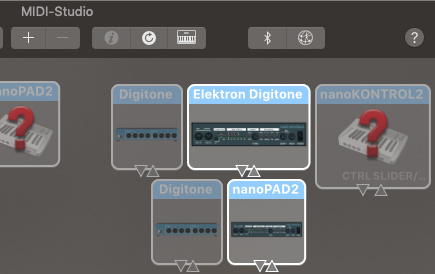 Audi Settings on Mac with Settings - System - USB Config - Overbridge Mode with 2.0.9.16b 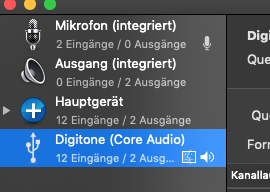 Hope there is a Solution in near times.

Now none of my overbridge devices show up. I have Heat, Digitakt, and Digitone. Takt and Heat worked flawlessly- almost before.

ohhhhhh yeahhhhhhhh!!!
all its works on mi digitone nowwww!
Really thanks!

do you have mac or windows

I reale hope that some read this from Development