Our Music On Cassette

This thread is specifically for all the things The Cassette Thread isn’t about. (Read the superbly thought out and well written intro by @darenager if you don’t already know)

Let’s use this thread to share the next part of the cassette journey.
Let’s share the techniques we have experimented with, let’s share tips and techniques, pitfalls and woes of recording to cassette.
Let’s talk about music on cassette.
If you have any releases on cassette I for one would love to hear them so please post them here.
Any queries about cassette labels? Ask questions here.

I think that covers everything.

Additionally, I’d like people to share tracks that they’d like to hear on cassette. Time willing, I’d like to help people out who have a curious how would this track sound on cassette? itch… Let’s post it on gear for the world to hear.

I’m looking forward to hearing your music that is on cassette!

I’ll start as I just finished this a few weeks ago. I made this track with a MV8800, a SP16, and a future retro revolution. Recorded to my multitrack for a rough mix. Then the stereo mix out through some lofi outboard and onto cassette with a Fostex 250 four track. A high bias tape ran into hot and without and dolly reduction. A bit of EQ on the four track and back into the MV to bring it back to the digital realm. Finished it up with the onboard mastering toolkit.

This was my previous project. Back then we produced all the electronic side on Ableton (before falling in love with Elektron). As for the recording of the tapes, the label did it themselves and managed to get a few tapes with two A sides haha quite embarrassing. Anyway they released two batches of 50 which went pretty quick but there are no plans to release any more since we kind of abandoned the project sadly.

P.S. I would be very curious about labels that release cassettes of this sort of music for my new solo project

This little DT/DN ditty was recorded live to an Onkyo dual cassette deck. It’s one of the better straight to tape recordings I managed to get. No mixing or mastering whatsoever. That’s not a boast, I totally blew the ending and the tape ran too long. Overall I am pretty stoked how it turned out sounding

Today is a special day for me.
I have my first physical release
on Indie Label HoloJamz 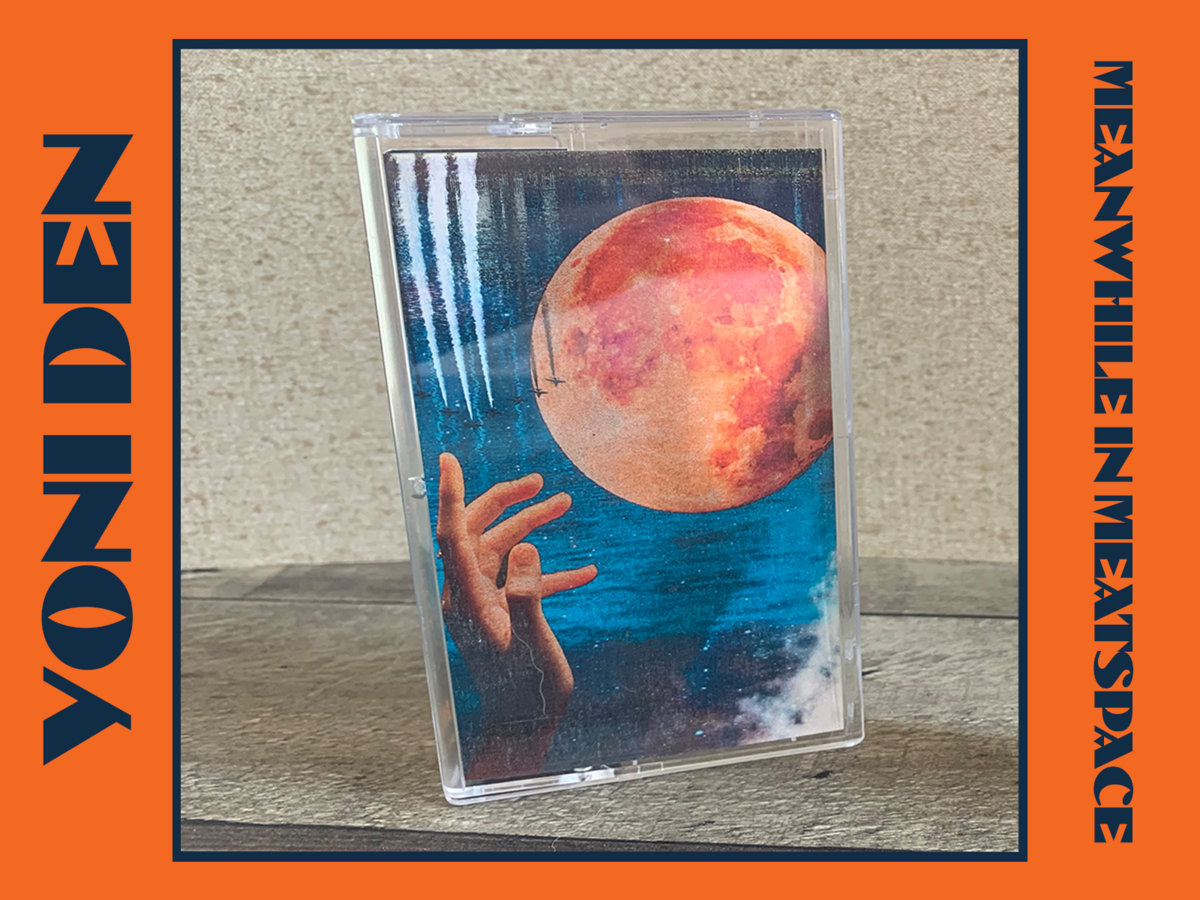 it is limited to 20 copies on each format
There also a print of the artwork on sale
Nice!

Each track from this project was made entirely on Digitakt
I hope you will enjoy at least knowing it exists! 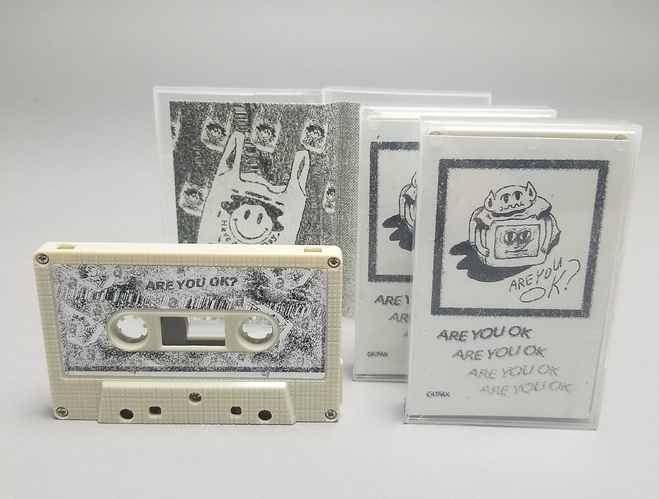 The actual music up on the bandcamp is not the tape version though. I was thinking up uploading a full playback of the tape soon so stay tuned for that if anyone is curious.

An old track I made with a friend about 4 years ago with a Casio CZ5000. I redid the drums - tracked live with AR. I then mixed it a bit for cassette and drove it a bit hard in.

Yoooooo!!!
This is a jam! Loving the vibe on this one. The vocals and that acid line lead the way in this chilled piece. The drums have a lush crunch and sound very cohesive. What did you use for those?

Interesting vibe you got going here! It makes me wanna listen to some Human League and watch Synth Brittania!

PS. Be sure to send me a link to your solo stuff. PM welcomed!

PHWOAR!!! Those drums! Really deep and punchy! I loves me some Casio too! Have you played around with Arturia’s Casio incarnation?

The overall sound of those drums is really something. Loving it!!! Going to have to do some myself!

We publish our music on cassette. 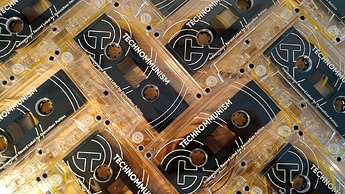 Here’s my last release on cassette from early this year. 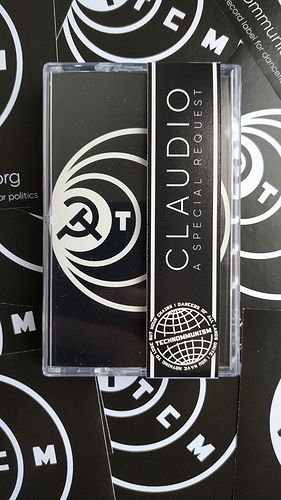 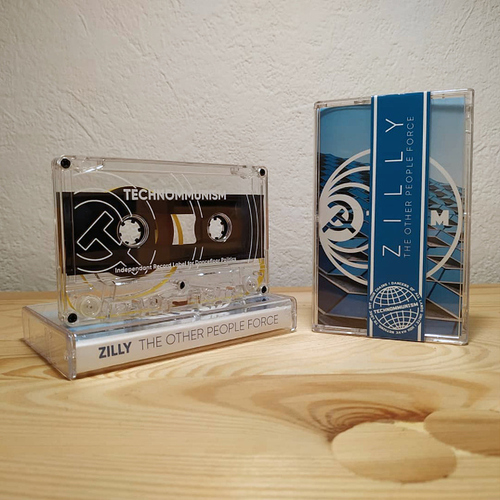 Have you played around with Arturia’s Casio incarnation?

I’ve played with the Virtual CZ, but I could never get sysex to send correctly with it (despite it later being easy as hell with the Korg Volca FM).

I’ve submitted my music to several cassette labels (and vinyl and digital for that matter) but my music seems to not fit in anywhere, perhaps it’s that I’m not genre specific enough or maybe my music just totally sucks. Anyway, they have all rejected me but for one. And that label is called http://www.inserttapes.com/

They primarily release “beats cassettes” but, they accepted me and I’ve seen them release other left field artists as well. So if you are having a difficult time getting a label to release your music give them a try.

Here’s the catch. They are barely breaking even and I have made only $5 from my tape in the past several months so they may reject you purely for financial reasons. But I am not bothered by monetary gains, I’m just happy that I have a cassette in existence. Although I do feel guilty that they went to all this effort for me and I didn’t have legions of fans to throw money at them. All l can do is spread the word like this:

Here’s a link to mine:

Some nice soundscapes on here.

Thank you! At the time I was obsessed with the film “Beyond the Black Rainbow” and its soundtrack, so I basically attempted to write an imaginary sequel soundtrack

The core drums(kick, clap, toms, cymbals) are from the pioneer SP16 with a bit of drive on the output filter. There are some perc loops that I programmed in my MV880 and then treated so they would sound as though sampled from vinyl.

I think the glue is mostly from the post processing I did. If I remember it went: record everything to Tascam DP32, rough mix stereo out through the Boss BR600 with the lofi FX setting, back through the SP16 filter with overdrive onto cassette. Stereo out from cassette into MV8800 to digitize and use the onboard mastering toolkit!

Sounds nice.
It seems its impossible to not be confronted with that symbol everywhere.
What were your thouhgts to choose that symbol? Was communism ever a subject in your school, have you read from people living in that system?
When i bought the dopplereffekt album I also thought its somehow cool, also i felt maybe some critizism of totaliatism was included there.
When i see that symbol i have to think about the millions of victims of that system first.
I dont get it why young people use it, (i didi it too a bit and regret it) i also lost contact with a nice squat, because a small minority of those people need to spray that symbol everywhere. In the squatting scene the mayority of people are aware of totaliarism, they just dont want to censor, thats ok, i dont feel comfortable with that symbol behind me, also near a cafe or in front of a school, nobody removes it. I do sometimes

Thanks for expressing what you feel about it.
Do you think China is a “communist” country today? If yes, we don’t put the same thing in the word “communism”.
To me communism is a political philosophy of sharing labor and fruits of labor. That’s what the hammer and sickles mean : the workers united. That’s it.
There’s nothing “communist” in Stalin (which, I assume, who you refering to in your post), and my heores are Marx, Engels, Bakunin, Kropotkin, Reclus… people who died way before everything turned into shit.
With Lenin things started to smell bad and when he died “communism” was gone for good and there’s nothing to keep afterward.

So I believe your question is why use a symbol of totalitarian countries?
Well we feel like we’ve been fooled! H&S is not about the workers anymore, it has been usurped and we want it back!

Communism is sharing work and sharing love, we want to bring this idea back.
We believe the dancefloor is a communist space (cooperation, harmony, collective trance…)

We know using the H&S is provocative. We do that in order to make people think of what communism is to them.
And I believe that’s what happening now, so thanks for your post.
I won’t go further off topic but if there’s a thread “is communism wrong?” on this forum one day you’ll find me there

Ps : Was capitalism ever a subject in your school, have you read from people living in that system?

About the “million death”, just think of how many people are dying everyday because of capitalism.
I don’t say that to prove Stalin’s communism could have been less bad than capitalism in any way, just to think about this argument of “x ppl died”.

Thanks,
Yes sorry to all very ot, i should write poems, make trance or electro ( i never finish something im a very bad worker…)
I was and am interestedin the subject, i read and liked Graeber who calls every voluntary fire brigade communist.
I nowadays get triggered by the symbol and lost a lot because of that with the squats and more others who have no clue in the city.
Also i can never participate with a manifestation because of that.
I wasnt thinking about those being shot, more about the gulags and real existing socialism after some euphoria in cambodia, sendero luminoso, north corea, african countries, venezuela, not just one accident (lenin, and about stalin more the hunger deaths in ucraine)
Thanks lots of very nice and intelligent people in that scene, my problem is the symbol and che t-shirts.

I thought you guys might like this little label from Italy. I just stumbled across it and love the sounds. Some really nice stuff imo.