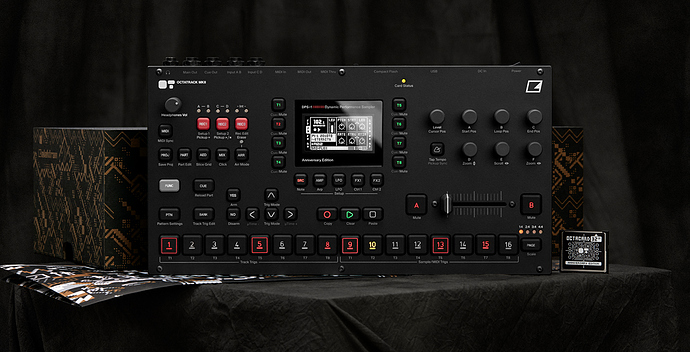 We are delighted to announce a special, limited edition of the Octatrack MKII.

Since its first appearance, over a decade ago, the Octatrack has been mangling its way into the hearts and minds of live performers and audiences across the globe. Discovering the perfect sample is only the beginning with this 8 track dynamic performance sampler. Twist it, dismantle it, distort it, and carve it into something uniquely yours with a lineup of deep and creative features.

The Octatrack MKII Anniversary Edition comes with a custom-designed 32 GB CF card - loaded with a bunch of exclusive artist content to mark the occasion and only available as part of this limited run. This new audio ecstasy has been specially put together with the help of serial, long-term Octafriends such as Andreas Tilliander, Skinnerbox, Jogging House, Headless Horseman, Inhalt, and Arc Rae. Never-before-heard slices of time, straight out of the box, to build your own sonic prophecies.

The Anniversary Edition box has its own distinct design, complete with a celebratory interpretation of the classic OT logo on a sturdy corrugated fiberboard exterior shell, ensuring everything slips together perfectly. The box features custom artwork by Tokyo-based graphic artist m7kenji, showing a sweeping tapestry-like blend of Octatrack pixel graphics and other logograms, icons, and scripts. A full-size poster of this design is included as part of the package, ready to adorn any studio wall.

Find out more about the Octatrack MKII Anniversary Edition here.

The Octatrack MKII Anniversary Edition is available at elektron.se for 1499 USD/1499 EUR, as well as limited retailers.

For those wondering, the good news is YES, a standard edition of the Octatrack MKII with black casing is in the works and will be coming as soon as we can get it ready. Keep your eyes peeled!

And finally, if you want more OT fun, check out a new kind of Elektron show. ESBTVS.

42 Likes
Elektron might be cooking something up for the Octatrack
Octotrack anniversary - no underlines
OT Anniversary Edition Unit number and Country (City)
What’s the crown jewel of your gear collection?
sezare56 December 2, 2020, 3:04pm #2

Haha! I knew it. Gorgeous!

Please never go back to beige.

Edit: Dare I say it looks better than my MKI?? 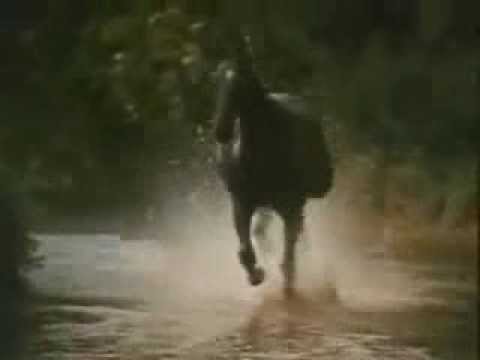 Drool, that looks so nice!

And finally, make a note of another special slice of OT festivities. A new kind of show. YouTube. Friday 04.12.

Wonder what this is?!

I kinda want to eat it

Haha! I knew it. Gorgeous!

Yeah, our crystal balls where quite right a few weeks back. Looks great!

ah ok.
Very little chance I have one one day.
More please…

For those wondering, the good news is YES, a standard edition of the Octatrack MKII with black casing is in the works and will be coming as soon as we can get it ready. Keep your eyes peeled!

But essentially this is saying that there won’t be any OT updates in terms of the physical hardware. The only possibility is a small firmware update on a near maxed out system

This is a collectors item. It will only go up in value.

Im just ordering one now being a shrewd collector.

Could you hook a brother up on a blue MnM?

make a note of another special slice of OT festivities

Damn, if I was not already married …

… and want to stay married.

This looks lovely. But aaaargh, I just can’t justify it. I can soldier on with my MK1, right?

Aha! That other thread was so much fun…