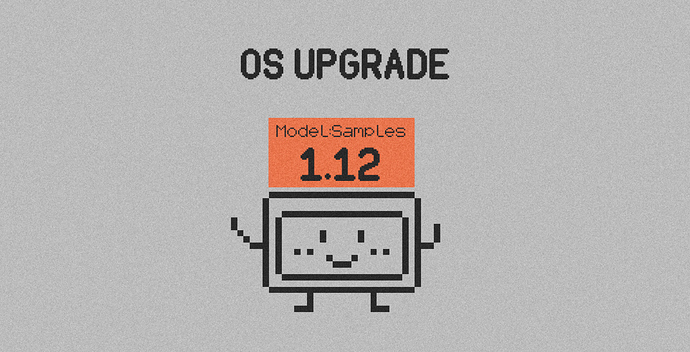 OS 1.12 sees Model:Samples brought up to speed with its sibling Model:Cycles. This includes several bug fixes that improve performance, and the ability to adjust the display contrast on your unit.

The PITCH parameter is now high-res and adjusts in decimal increments.

The LFO DEPTH parameter is now high-res and adjusts in decimal increments.

The order of the modulation destinations is changed to reflect the order in which they appear on the panel.

Increased encoder sensitivity to make it easier to reach the snap values.

The user is now prompted to select the USB only port setting when trying to send SysEx project backups and USB+MIDI is selected. This is to speed up the data transfer.

The default delay time is now set to 24.

The default delay feedback amount is now set to 50.

In the SCALE menu, when setting MOD to PTN, the CHG value OFF now instead reads LEN since it then defaults back on whatever setting made for LEN .

A pattern chain was ignored and did not play if the [PATTERN] key was released before the [TRIG] keys.

The STORAGE screen could in some cases incorrectly display a 100% usage.

Setting OUT CHAN to OFF for one of the MIDI channels stopped sequencer data from being sent for all MIDI channels.

Parameter locks on the first sequencer step could cause the device to freeze.

The pattern selection mode could, under some circumstances, be unintentionally activated.

The Pattern/Bank selection timeout was still active even if a knob was turned or a key was pressed during the timeout process.

After switching the unit on, the unit froze if it was powered off before the complete startup boot sequence was ready.

The PITCH parameter was wrongly labeled TUNE in the LFO modulation destination list.

Choosing the second space available in the naming menu ended the name instead of inserting a space.

The FAD setting in the RETRIG SETUP menu is removed since this function is handled by pressure of the [PADS] .

The FIX setting in the PAD/VEL menu was incorrectly set to 0 when loading the STOCK project.

The unit did not listen to the MIDI CC All Notes Off.

The sequencer could be out of sync when using scale per track, if the previously set scale per pattern value was not 1x.

It was in some cases possible to place trigs outside the range of the current track. 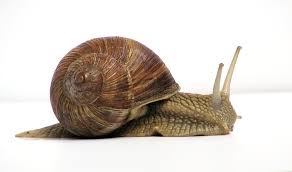 I snooze, I lose

I was quite excited to see the updates for myself, potentially interested in an MS - thought it would be simplest to share anyway

The pattern selection mode could, under some circumstances, be unintentionally activated.

The Pattern/Bank selection timeout was still active even if a knob was turned or a key was pressed during the timeout process.

Many thanks for squashing these bugs.
I encountered them frequently. Not show stoppers but mild annoyances, at least.

The STORAGE screen could in some cases incorrectly display a 100% usage.

PS: Are we getting contrast adjustment for the m:c as well? I hope so

Is it possible to update using C6?

Can you try the “parameter slide hack” now that we have velocity mod slot on the m:s? Program a retrig with a velo fade, uncheck velo to volume, and assign the velo mod to some parameter… works?

Hmm, could you also use this now for the “rytm timestretch hack” as well? So you make a loop by retrigging the sample and modulating the start point along the timeline. That one always sounded cool in theory, just never got around to trying it myself yet.

I’m gonna miss the FUNC + PITCH knob whole octave jumps, but I do like having this finer integer control on pitch. Great for techno.

I’ll just have to program my octave jump variations as fills.

But yea, wow. This is a great update!

I would miss that too

Interested to hear how the acceleration is on Fn/Twisting the semitones - it is super slow on MC when you engage fast Fn twists, it’s much quicker to turn slowly !! - wonder if this new implementation is any better on MS

e.g. without Fn twisting I can go full-scale in one turn - with Fn twisting in semitones it is multiple turns !!

This is great for pretty much everything from “subtle” (in 10 cent steps) detuning of two voices to complete microtonal madness, and makes the m:s a much more “experimental” instrument. If the tradeoff was losing easy octave transpositions, it was worth it IMO.

The good thing about the parameter slide hack by using trig repeats is you can still use lock trigs to change pitch or any other parameter per step, so by using velocity fade with an assigned mod destination a lot of extra mileage is gained.

How do you deal with the retrig retriggering the voice on every repeat by the way? Is there something I missed?

Yeah it retriggers every step, but by using a fast retrig rate it can give the illusion of a continuous tone, I have not tried it for a few days (in fact since discovering it) but I think I used 80 or 64 for the rate. I didn’t experiment with different scale multipliers yet either but could be fun to try that.