Some info appearing on Gearslutz. 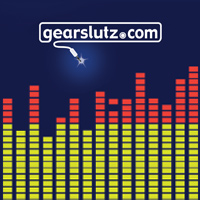 What could it be? Korg teasing something new for 2019 - gearnews.com

But seriously I’m so ready

Looks pretty good to me. Want to see a SonicState demo.

I will add I was very much hoping for a Korg “logue” drum machine to match the Mono and Mini in looks, price, and fun. Oh well, maybe it’s coming someday.

If this has the Monologue sequencer then sign me up!!

Certainly sparks my curiosity but I suspect that I’ll be too short on space to accommodate it and there won’t be a desktop/groovebox version. No doubt I’ll hoover up the NAMM vid’s along with everything else when they arrive.

Will the xd support the new Plaits port to the Prologue? It would be for free if it will work technically. Stay tuned – we should find out soon.

I had the same thought when I read about the Plaits port… I’m guessing that it should. I seem to recall there was another Korg tease with a mysterious groovebox starting to get lifted out of a backpack… maybe that could be a new Electribe variant with this multi-engine technology. That would open up the user base for the multi-engine hugely which might tempted more developers to create engines for it. Sinevibes created a commercial one so perhaps other might consider it too. Then that would feed into more interest in gear with a multi-engine in a bit of a virtuous cycle.

Would make sense for Korg and I’d be curious for sure. Especially if someone like Noise Engineering started making their Iteritas algorithims available for it like they did with Reason.

Anyway, I’m rambling and as you say, we’ll find out soon…

I’ve been craving a poly synth with Monologue’s sequencer. Bit of a bummer.

I was naively thinking that the row of illuminated buttons along the botttom might be a monologue style sequencer. Would be a bummer if they weren’t as you say.

This gearnews article might be of interest in regard to the Minilogue XD.

They literally could not have picked a more repulsive name

The Monologue sequencer is more than just a row of 16 buttons.

It’s additional individual , independent step mutes for slide and motion control. These are not present.

One of the limiting issues with the digital engines in the Prologue (and likely with the XD too, though we don’t know) that limits the stuff that can get ported to it is the very small amount of memory with each processor. That means that algorithms that are memory intensive, versus processor intensive, are more difficult to do – or impossible. (Like for instance sample based synth approaches.) The other issue, though less of a problem is the limitations on the user interface for the control of the digital side.

The possibility exists if the xd has a processor per voice like the Prologues, and follows their protocols, for Korg to improves things, for instance with greater memory, or a more extensive user interface. That could mean the xd would be able to have even more content created. I really don’t expect this to be the case – though hopefully the multi-engines and interface are not less (individually) than the ones in the Prologue.

The xd might be a less expensive entry for those who’d like to develop code for these engines.

I know, I’ve got a Monologue and I spotted that the rocker switch to select slides and motion control was missing. But I also thought that maybe slides wouldn’t be so important in a polyphonic context and the motion control could be achieved in other way… like if you hold a step and then input the notes and any control settings in a more Elektron sort of way. I dunno, I’m just pondering out loud.

Yea, and I don’t really even rely on the slide mute steps often, though they are nice to have. However, being able to remove automation from a step without muting the note , this is huge for me and one of the main ways I use the Monologue as an “axe.”

XD definitely has motion control but I doubt it can be decoupled from the note trig.

Ah well, will just have to continue faking chords on Monologue with OSC tunings and filter mod.