Hey everyone, I noticed this hasn’t been shared here yet and I thought some may be interested:

I decided to back it as I’ve been looking for a controller that I can use to work with Architect and the customizable nature of this thing seems perfect for me.

It seems like they have pretty big plans for the firmware side of things moving forward with this which is always a big thing for me.

Would be curious to hear other peoples thoughts on it!

Pretty interesting! Very glad they included a 1/8" physical MIDI output port…I guess there will be some ability to filter outgoing data to not clog the bandwidth.

Also, I guess there is no possibility of sending MIDI back into the device to trigger the lighting elements? Hopefully the setup tool will have plenty of options for customizing illumination parameters!

They told me that currently the midi is just one directional but the hardware possibility is there and they are very interested by possibilities outside of what they’ve currently mentioned. For my purposes, I definitely need it to be able to respond to midi going in and they said it’d definitely be possible but might just require a bit of work by the user but who knows what they’ll add in the future.

Here’s one for the alternative controller crowd—which don’t get much play at Elektronauts—and looks interesting as a possible advancement over the LinnStrument or Sensel Morph. If it can provide a grid of individually sizable and programmable MIDI note triggers that have a usable playing feel, I’ll back it. I mean where–regardless of the other things it can do, you can ate least:

LinnStrument can’t do #2 or #4, which greatly hamper its usefulness. LinnStrument and Morph both cannot do #3, but where the LinnStrument’s velocity restriction is tolerable, Morph’s is a dealbreaker for serious applications. Sensel says they’re working on that. They both can’t do #4, though they both have workarounds: the LinnStrument’s workaround is super inconvenient, but the Morph will allow printing patterns on a sheet of paper to lay under one of their transparent overlays. The problem there, though, is that the extra materials change the playing response, though it doesn’t overly degrade it.

Then there’s the stretch goal of:

I guess I can figure these things out through discussion, but everything rides on the Erae Touch’s actual playing feel. A harder surface is much better for playing on than a surface that gives too much, but some designers don’t understand this. The demos do look like the players put a lot of kinetic energy into playing the thing, as opposed to a Zendrum’s featherlight triggers, the Morph’s high sensitivity, and the LinnStruments somewhat lesser sensitivity. Of course, those instruments can be adjusted to lower sensitivity if desired, but if the Touch is restricted to playing more like a Seaboard or a Continuum than a Morph, I wouldn’t “touch” it.

Just 19 hours to go! They’ve also upgraded their plans for the hardware so that the sensitivity is improved tenfold but this also means that after the kickstarted campaign, it’s likely these will end up costing more than what they originally projected… so it’s a good chance to grab a great deal on one of these now

Looks interesting - reminds me of the surface of the roli blocks from the video. I recently got a linnstrument which I have found to be intuitive and have a great playing surface, although not found time to make the most of it yet.

It’s worth noting the linnstrument firmware is open source - I was considering writing some custom firmware to add vertical faders. I imagine adding sizable coured squares with midi channel/note/cc is within the scope of the hardware using the existing 25x8 grid. Pitch bend per grid element also should be possible - would just need to add an offset variable to the firmware and a way to set the pitch offset intuitively.

I reckon that MPE support in Ableton 11 is likely to make this sort of controller a lot more popular.

Welcome! Yes, I think if the LinnStrument had customizable color-, channel-, and—most importantly—note-per pad, that would bring it up to speed with currently competing tech, like this Erae and the Lumatone. Customizing the firmware is a rather daunting task for users, though, with the risk of bricking. It will be interesting to compare the playing feel of the LinnStrument with the Erae Touch, so I won’t mind having both (for a while). I hope you’re also on the Roger Linn Designs forum at KVR.

Had a look over at the KVR forum. Turns out the linnstrument has a 2mm vertical gap in the sensors between the rows so vertical faders and x-y pads are a no-go. Shame as the source code looked well commented and easy enough to work on! Credit to Roger Linn for taking the open source approach.

Look forward to hearing how the Erae Touch compares on playability!

Are you planning to do anything custom with it ? Being able to use ERAE Lab to set up custom interfaces, depending how detailed that interface can be, makes this potentially both crowdfunded and crowdsourced. Interested to hear other’s ideas for specific uses with the Erae Touch.

MIDI 2.0 is another open but a still to be discovered part of this. There still aren’t a lot of other devices with MIDI 2.0 but the potential is still there.

ADDED: The potential for using the API with this also adds to the custom uses.

The first thing I want to do is set it up as a percussion controller to see if it responds well enough to replace a ZenDrum. So that would be custom zones with channel, note, and velocity curve assignments. Remember that map I made for the Morph? That, but hoping for a ZenDrum-quality playing response.

Then, MPE configs to see if it can emulate/replace a LinnStrument.

I haven’t looked at ERAE lab at all. I’ve just assumed it will at least do what Morph’s config software does, with additional lighting parameters.

ADDED: Their 3/14 update says they expect to have all components in hand in April, and they’ll start constructing and shipping then.

I funded this on the kickstarter when I had more money than I do now!

I recently went fully ITB for my sequencing using a program called Architect, the flexibility of the Erae touch was a big selling point for me in that I hope to eventually be able to use it as a way of interfacing with Architect in terms of programming sequencers within it.

I reached out to one of the devs and explained my hopes with it and they confirmed that it’s definitely be possible with how they’ve designed it, just need to be a bit handy with code (which I am not!) but I’m excited to learn when it comes round to it.

I currently have no way of physically interfacing with my synths so I’m really looking forward to this arriving as it everything I’ve seen from them so far looks promising.

The manual is now online here, with an ETA of mid-June.

We still have to go through the soldering step and final Quality Check before confirming a firm shipping date.

Shipping lead times have unfortunately gone crazy since the issue in Suez Canal (that one was kind of hard to anticipate… actually more than a worldwide pandemic or semiconductor shortage … ), so that will most probably impact the delivery from the factory to our office in Paris.

So our estimate is that we will most probably start shipping (by Air) to the first backers around the last week of June/early July.

Meanwhile, practice makes perfect, and our new sound designer started to play with the Erae Touch and we recorded the sessions.

You should be able to experience the full expressive potential with some more acoustic and classic sounds using the extremely realistic SWAM plugin: 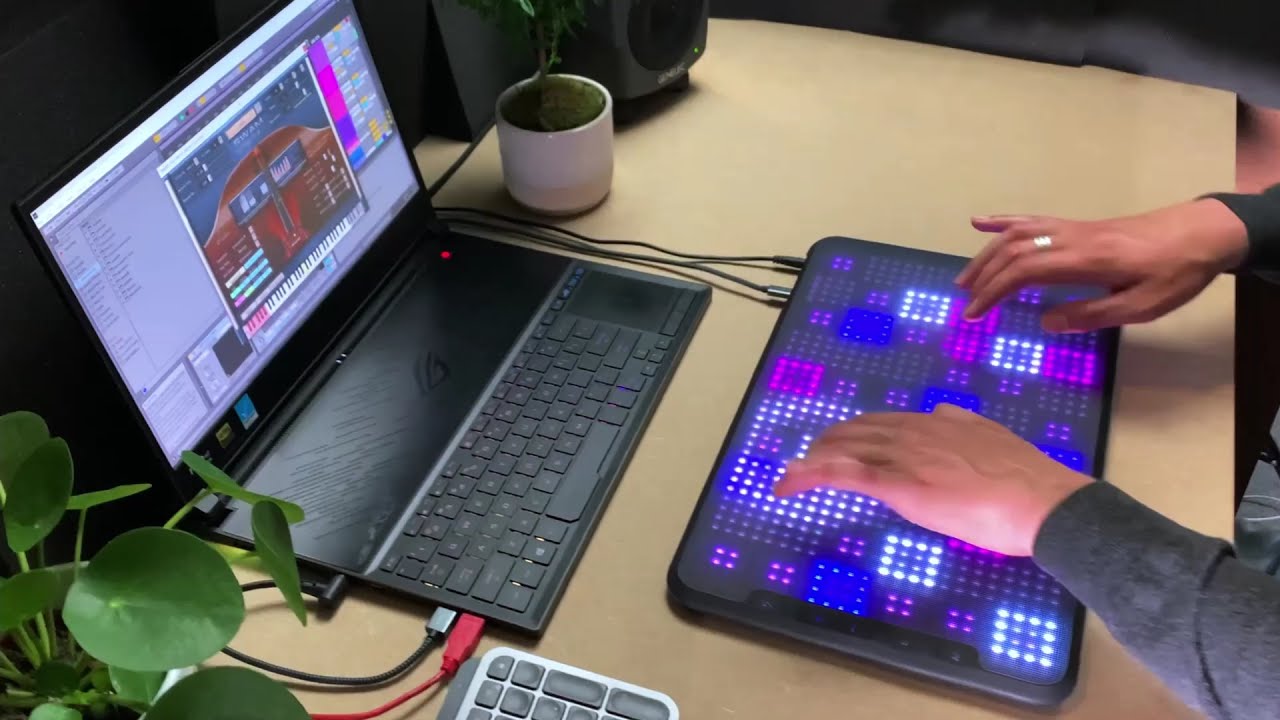 And some more agressive Thunderstruck : 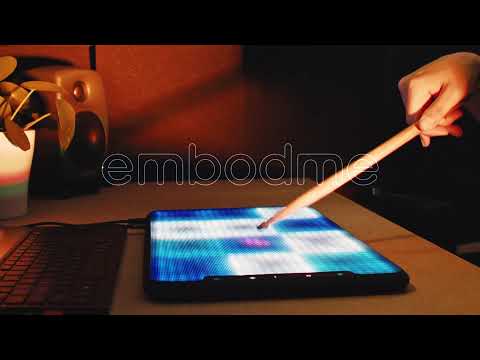 More videos and updates in the coming days!