I’m wanting to get into learning Sound Design through programming languages and am curious what I’d need to study to further my understanding of it down the line?

Trigonometry? Calculus? Or can I get a decent start by reading this book I ordered on Super Collider? And maybe figuring things out via YouTube videos?

Thanks for your insight

But rest assured, I did

I studied sound design in College, it was very much pro tools and foley based, microphones and sample libraries.

And then I went to The Netherlands for a semester abroad, and they had this whole programming approach. People explored a range of programming languages like SC, Max or ChucK in the first year, then specialised thereafter in their chosen language.

Unbeknownst to me most of the classes were taught in Dutch, not English, but I did garner some insights just through sound and the way classes unfolded.

I was really blown away when the teacher coded up a sound design example from scratch in SuperCollider, the desired sound was like, boulders falling down a mountain-side. And he started with a simple click, then delay, randomising delay, repitching, all these ways of thinking about how to create a sound from code, rather than scouring sound design libraries or short of actually trying to record falling boulders lol. I really liked that idea. Code is such a malleable material like that.

That was a really interesting college called KMT in Hilversum just outside of Amsterdam. Really forward thinking little campus with some super intelligent staff.

I dunno if any of that really helps you, save to say I really saw the power of SuperCollider in that moment. But also just to say go for it and be a hack, start creating and you’ll pick up what you need along the way.

That was certainly an interesting anticdote! Super excited you got to experience that!

Great! I’ll poke around with Super Collider after I get a decent starter portfolio for Python.

It sounds interesting- and I really like thinking like a programmer- it would be cool to apply coding to sound creation!

I’ll study that next!

Thanks for your insight!

This one is pretty amazing 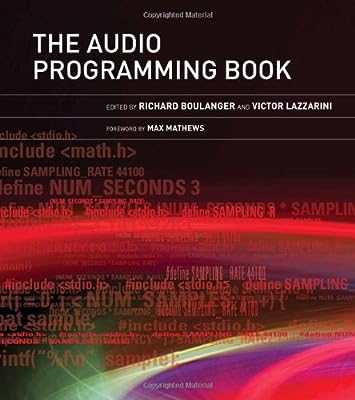 An encyclopedic handbook on audio programming for students and professionals, with many cross-platform open source examples and a DVD covering advanced topics. This comprehensive handbook of mathemati ...

We were studying CSound at the Music Conservatory

Can’t go wrong with SuperCollider. For a visual programming approach check out Max/MSP: 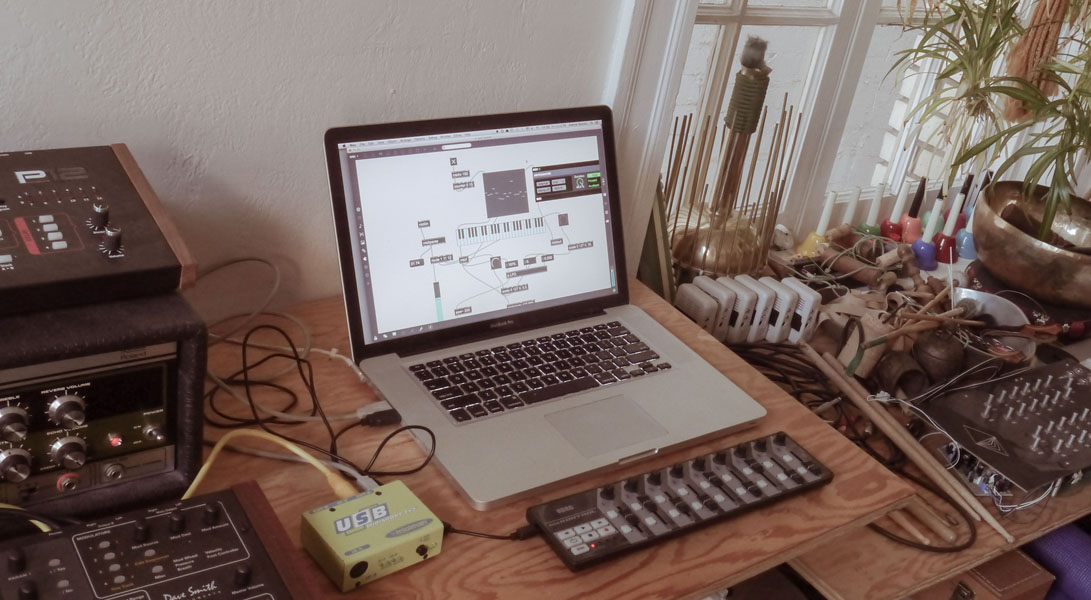 Tools for sound, graphics, and interactivity

DivKid suggested the book Designing Sound by Andy Farnell on the most recent Sonic Talk #522.

The book according to DivKid goes through the basic mathematics and algorithms of sound creation. The algorithms are all presented for the Pure Data graphical programming environment, which you can get for free. Pure Data is pretty close to Max and Max for Live so you’ll learn some of that with this too.

There is a seven chapter downloadable excerpt from the book to get started, also free: 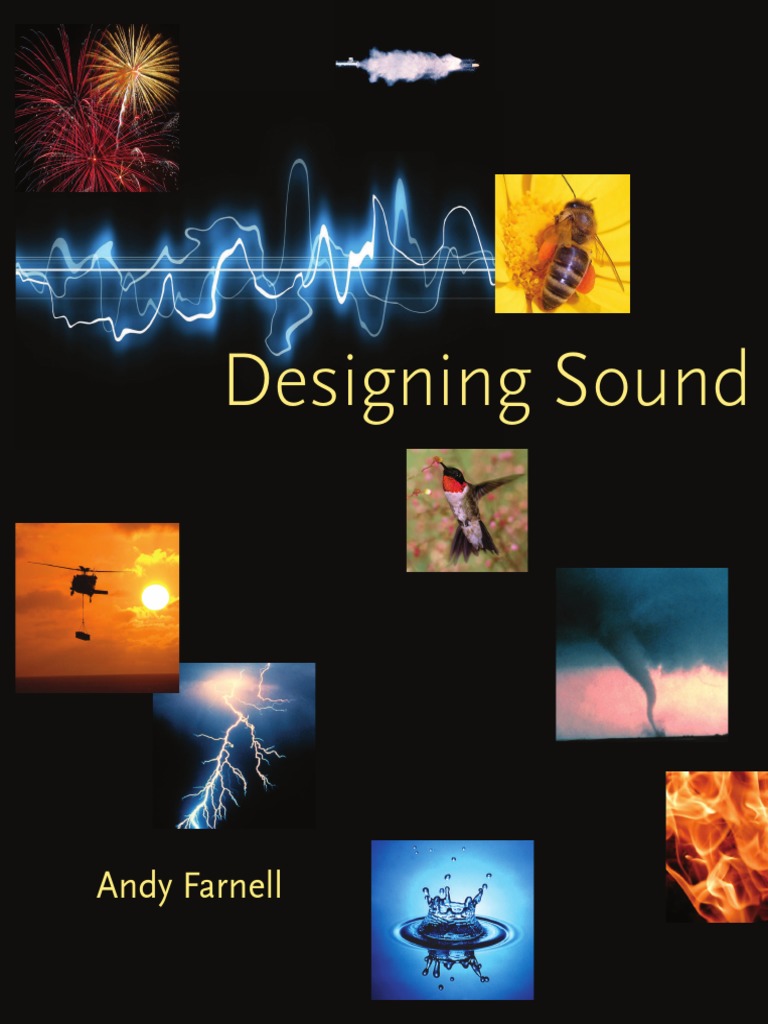 Scribd is the world's largest social reading and publishing site.

Al this information can be easily adapted to a non-graphical environment as well, like Python (also free), with a little very educational effort.

All this stuff is free, which is a good thing, 'cuz some of us around here are quite happily synth poor!

sound design and max msp! there are a couple groups on facebook that are really helpful, max for live users and max/msp. This book covers sound design and examples for creating max devices. max/msp just takes dedication and perseverance, as does learning anything worthwhile. this was recommended by quite a few people in both groups as “the bible” 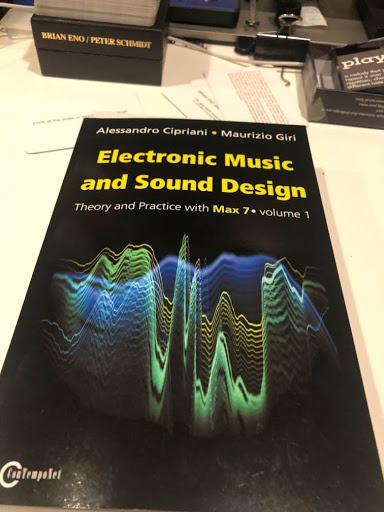 Nice! I’ve got the e-book version of that. I guess I’ll need the real thing.

well M4L plugins are just for Live. I think you can make stand alone max applications, but I only work with it inside Live.

Not sure that i completely understand the question – but it seems an interesting question.

Let me rephrase the question – Could you take stuff you did in Max inside Live and using Max stand-alone hook that up to other DAWs?

I think it is completely possible, but:
(a) likely a fair amount of work
(b) would depend a lot on the DAW in question – something like Reaper which has a programming interface already would be considerably easier than a lot of the more closed down DAWs,

I agree with digitalohm , you could make a stand alone Max app, and do it all. There is only a few small connection points between the Live world and the Max world, so you just need to provide a Max native side for the interface in Live. Doable – in fact likely already done, if you look around.

There is a Reaper Python interface, so you could do sound design to Reaper directly if you’re hard-ball. And Reaper is fairly inexpensive, again for the synth poor.

I interpret the question as: if I have Max, can I make M4L-like plugins for other DAWs?

The answer to that is no, not something you can load in the DAW like a M4L device or VST. What you can do is run those M4L devices in regular Max and have your DAW send it MIDI. The audio output could be routed back into the DAW.

This maybe true dtr, certainly at a minimum – i would have to spend a little time to see – but the interface on the stand-alone Max side and the let’s say Reaper side is pretty extensive so i think a lot more is likely possible.

I’m not going to do this looking though so don’t know.

in which you can create your own pedal boards but they also say:

“The revolutionary open-source platform unveils a world of possibilities by easily creating your own effects with Max/MSP.”

This suggests you can create/programme your own synths/sound engines and turn it into a piece of hardware. I would find that very attractive.

Unfortunately their Mod Duo X campaign didn’t run too smooth and one does not hear and see too much about it. I could not find an example of someone programming something in Max and turning it into a device in Mod Duo X. Difficult to see how difficult this process is.

Edit: I was a bit unfair (and lazy). There is in fact material that describes how to write Max patches and load these into the Mod Duo X.

kadenze provides free online courses that are pretty well put together, and has some good looking ones in this area:

In a similar area lies the world of sonic pi, a live-coding language (for writing music with code in real-time), which I have a preference for. It’s based on Ruby and pretty easy to understand as far as languages go, with lots of tutorials in-built. The back-end is SuperCollider. More info on live-coding @ toplap.org

There’s also this thread on here which has a lot of info and examples of devices and materials. Happy hunting!

Yeah! kadenze is wonderful! I took their Max course and it was pretty inspirational.