I’ve decided to start this thread for sharing of your personal favorite deep and dubby/spacy sounding house tracks.
Reason being that I really like it, but also that it doesn’t seem to be the most popular type of music. It’s probably a lot less popular than dub techno.
I know that labels like Deepwit and Mojuba has released several of that sort of house. But that doesn’t mean that it’s all great and that there’s not more interesting stuff to be found, if digging deeper.
There’s also Lucid Flow. Personally I’m not much into that more minimal and glitchy style. But you guys might. So by all means, post if it sounds great to you and has the dubby vibe to support it

The tracks you post don’t have to fall under a specific style of dubby house. They can even be a little less dubby and a little more spacey sounding. They can also be techy, trancy, breaky, tribaly or whatever. As long as they have the dubby vibe in some sense.

I’ll start the thread off with 3 tracks only, so that you can get an idea of the music. After that, I will not post more until at least 3 people have posted some tracks. And I’ll only post one track or Bandcamp EP at a time after that, with no consecutive track posting. You guys/girls can of course do it in whatever frequent way that you want

Edit:
Seems like I have to break the rules I made for myself a little. So I’ll change them.
If someone hasn’t posted a track for at least 3 days, then I’ll allow myself to post one, just to keep the thread alive a little

The 1st one is of the more clean, direct, polished and cold style. Yet still organic sounding. Less dubby and more spacy 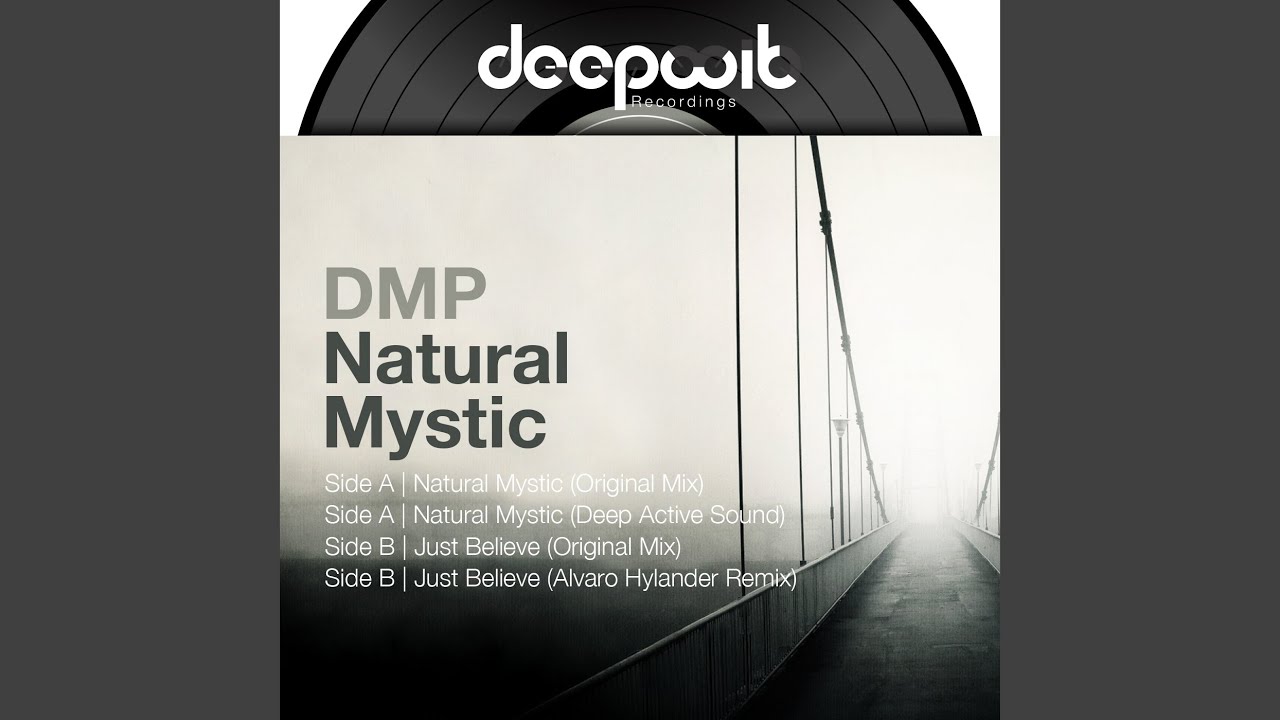 The 2nd one is a total contrast to the other. Warm and groovy. Not so dubby fx wise. It’s more the groove, choice of sounds and overall production, I think. 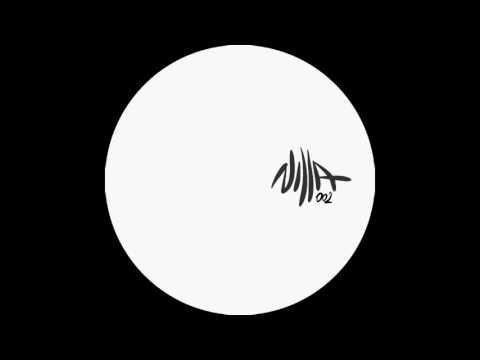 The 3rd one is actual dub house. In terms of groove and temperature, it sits somewhere between the 2 other tracks imo 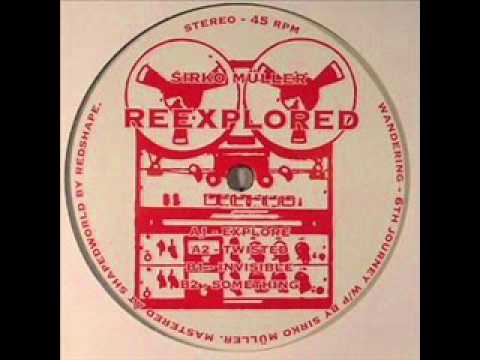 From the latest release on Waswotsch music, a young label from Zürich.

I like the more techy and busy sound. Would probably pass as dub techno as well. But it’s still housy enough for this thread imo

Loving the first track you posted! 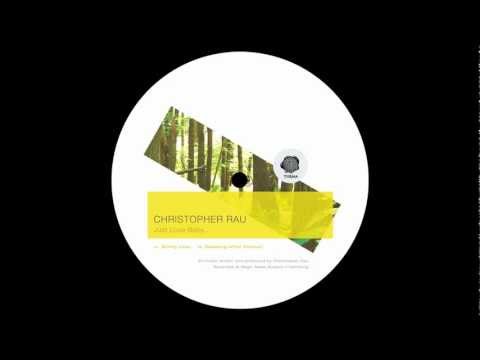 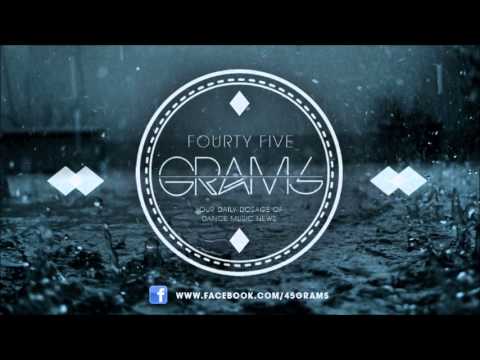 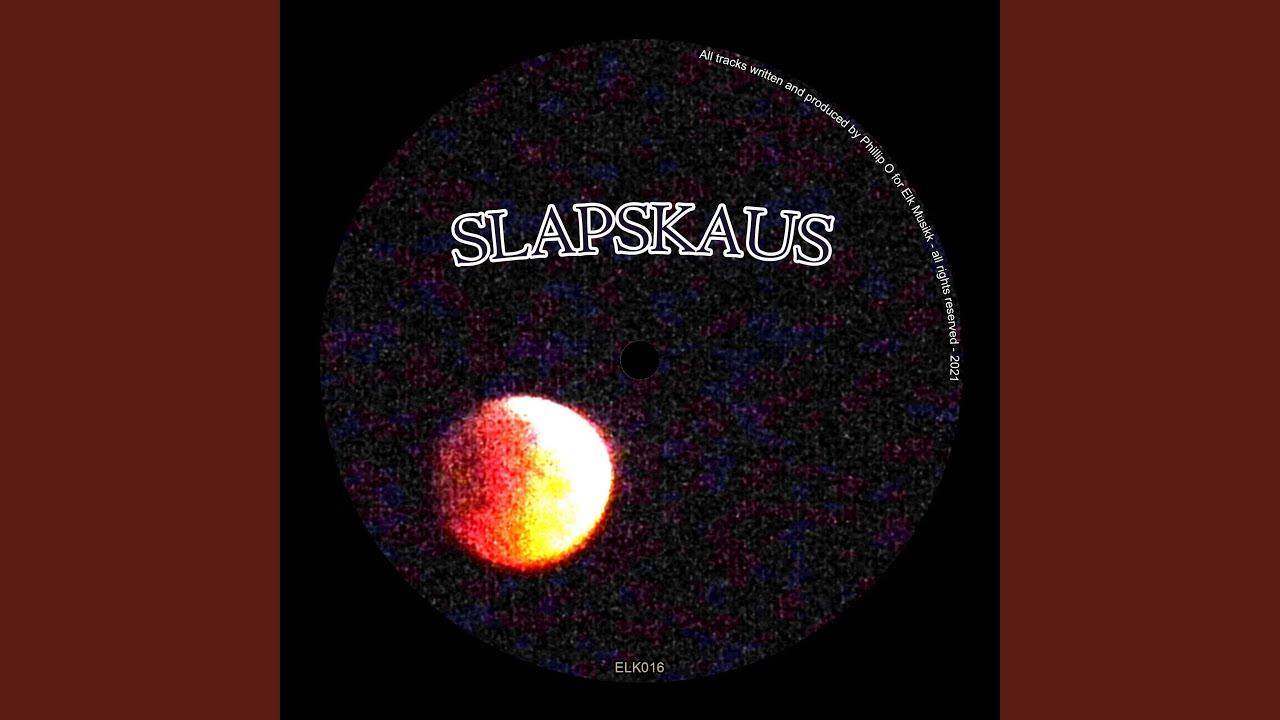 The third one might be the oddball here, but I think it is spacious enough to get along with the vibe… also, I made it

Haha I don’t mind some shameless or shamefull sharing of artists own tracks. As long as it’s housy and has the dubby/spacey vibe.

And actually, I personally like your “Oddball” of a track much better than the 2 others you posted. It’s significantly more organic sounding and very well-produced imo.
Where can I buy it?

The 2 other tracks are house and has the vibe. So as long as you find them great sounding, then that’s the important thing. Doesn’t matter what my taste is

My life experience tells me that if an individual has an opinion about something, then there will always be at least another individual, who shares the same opinion. And of course it’s never just one other. It will always be a whole community

In the late 90s early 2000s you had a lot of great stuff coming from the West Coast (San Diego especially). Look up “Siesta Music”. Lots of great tracks were released by them.

Aarh, that sounds like a lot. I love digging, when I’m in the flow of it. But can you maybe post a few great tracks as a taste?

OP, you would probably like some of the stuff Lobster Theremin releases. I haven’t followed them closely for some years but they do like weird/lo fi/dubby/off-beat (not literally) house music.

Yes yes I love those guys

They’re so diverse in their output. A great mixture of house, techno, electro, jungle, breakbeat, acid, trance etc.
Also the stuff they sell from other labels as well at Lobster Records. Top notch

Though, I can’t remember if I’ve heard any dubby house from Lobster Theremin. But there most likely are a few tracks here and there on some of their records

If you come by any great ones, please post

Remember guys and girls, this thread is not about finding something that the OP likes. Post what you personally like in terms of housy and dubby vibe. The tracks I posted in the description are just meant as a guideline as well as being tracks that I really like and wanted to share

This time a whole ep. Enjoy!

Suggested from my partner 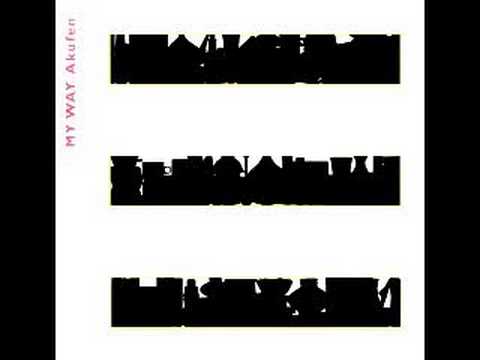 The third one might be the oddball here, but I think it is spacious enough to get along with the vibe… also, I made it

Partner and myself really enjoying it

The ‘oddball’ one that is. Really nice track!

Do you have a Bandcamp link?

Haven’t really gone much into house myself, but I find some of the ones posted here really nice because of their nice dusty dubbyness! 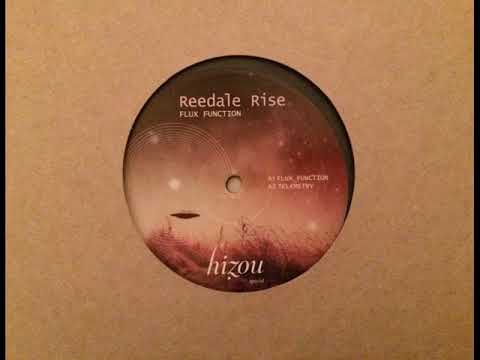 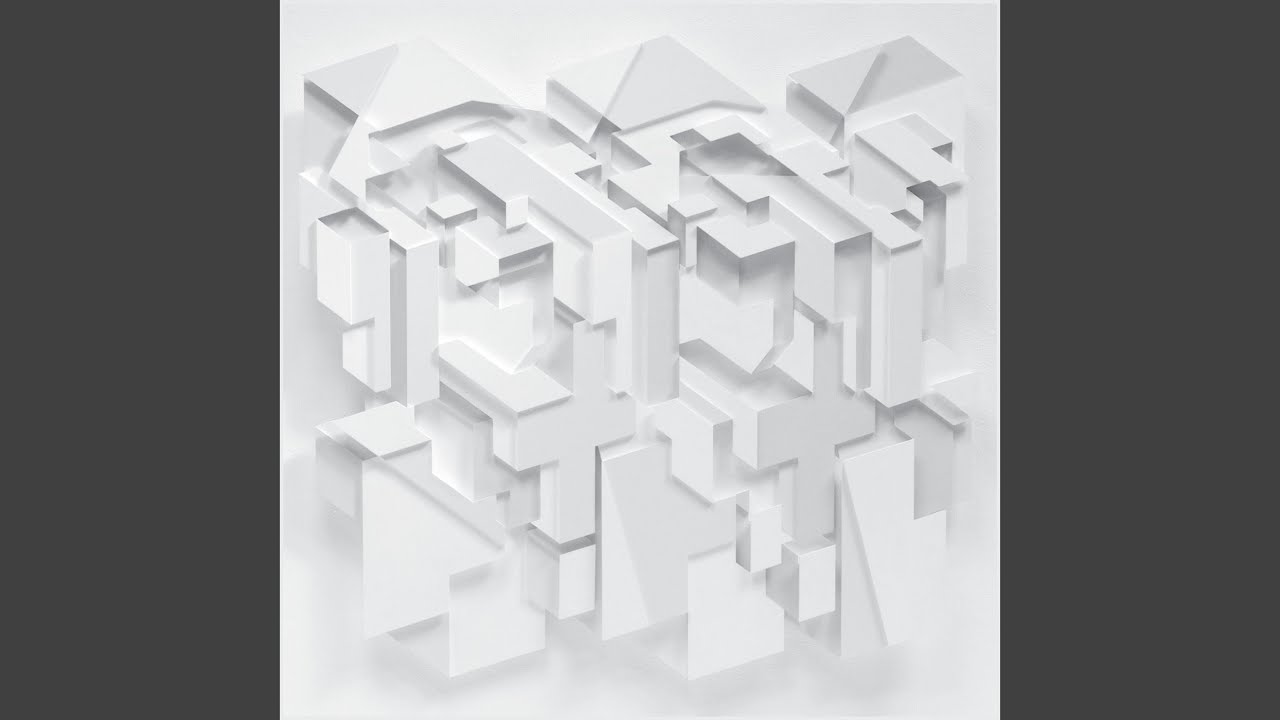 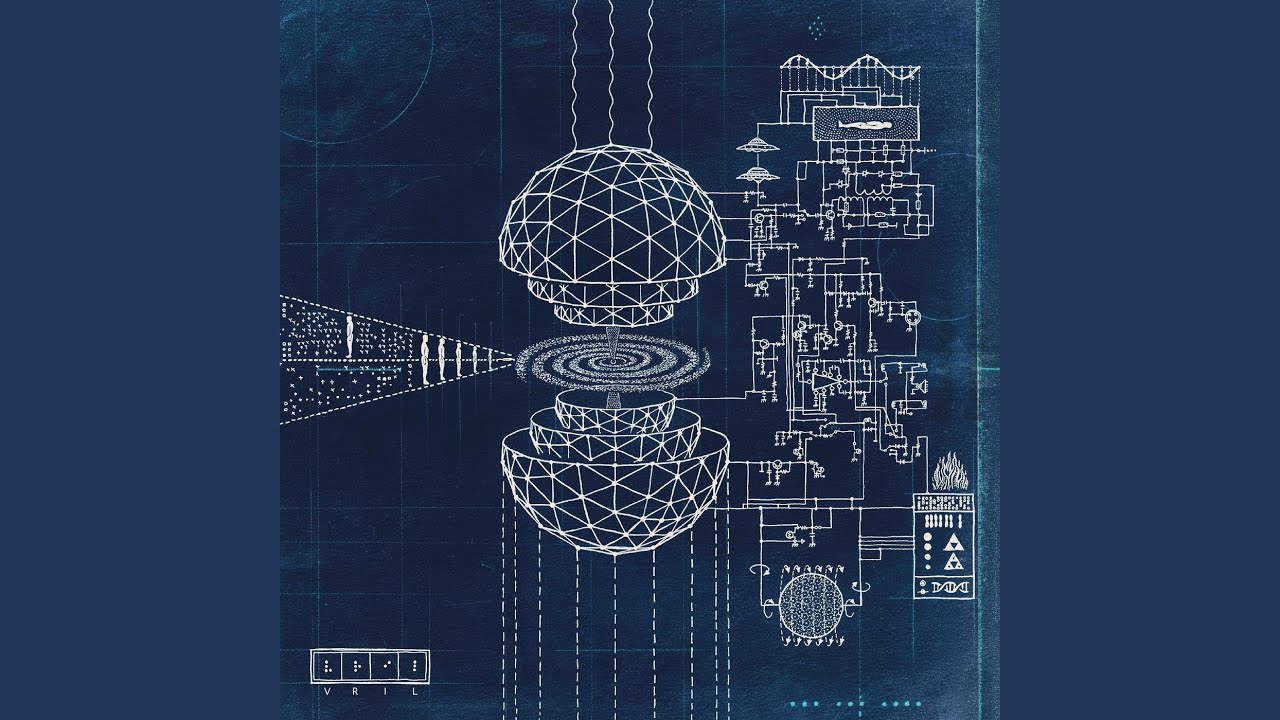 These are some that I occasionally come back to, but uhmm… yeah, I don’t really have a developed ear for everything house’ish.

I liked the 3rd one you posted

Edit: though it’s dificult for me to judge if there’s anything housy about that track. I guess the chords could be maybe. In terms of sequencing and the sound of the chord

Well, I hope this thread over time will help you delve more into more housy music

there’s plenty of more techy and spacey stuff out there with a tough enough saturated 909 kick and dusty vibe, while still being deep and groovy.

cool thread. love the vibe of the tracks…inspired me to search for more…

I’M glad that you got inspired

But that 1st track definetly don’t belong in this thread. Nothing dubby about the bass imo.

2nd one I like, but there’s nothing house about it. Dubby electro I’d call it. So technically don’t belong here either.

Same goes for the 3rd one, which is a straight up dub techno track. So no house in that one either. The unusual melody however, makes it a perfect fit for one of the 2 other threads already made for posting of unusual dub techno tracks

Sorry if my comment seems a bit harsh, but I can’t let the users in this thread post just about anything that they associate with the somewhat vague term ‘dubby house’. Have to keep the content clean to a certain extend. Diversity is still accepted of course. But each track should still be both housy and dubby/spacey

yeah, I don’t really have a developed ear for everything house’ish.

While we can certainly make some clear distinctions and some dividing of music into categories is good for both DJs and dancers, consumers and producers. F**k it man, lets just play music and dance.

This thread is great, I’ll try to post some stuff soon. This was not meant as a dig at this thread because it asks for a specific vibe : ) <3