So, the Xone:PX5. In my opinion it should get a bit more love. It’s highly underrated in my opinion and think it’s a great mixer for both live performances and DJing. Good internal FX, a send/return, a master insert, another send return when using the headphone que, analog signal path etc. It sounds great and is quite flexible. And all the while it looks pretty simple to use. Pushing the levels and blending signals really sounds lovely on this thing. And it doesn’t break the bank either when compared to other offerings.

In the video below I go into depth and show you everything it can do. I also touch on things I wish it could do but doesn’t. All in all I really like this mixer and it might find a way into my setup in combination with the DB4. I recorded a track on YouTube using both PX5 and DB4 linked to each other to get some great FX routing possibilities. 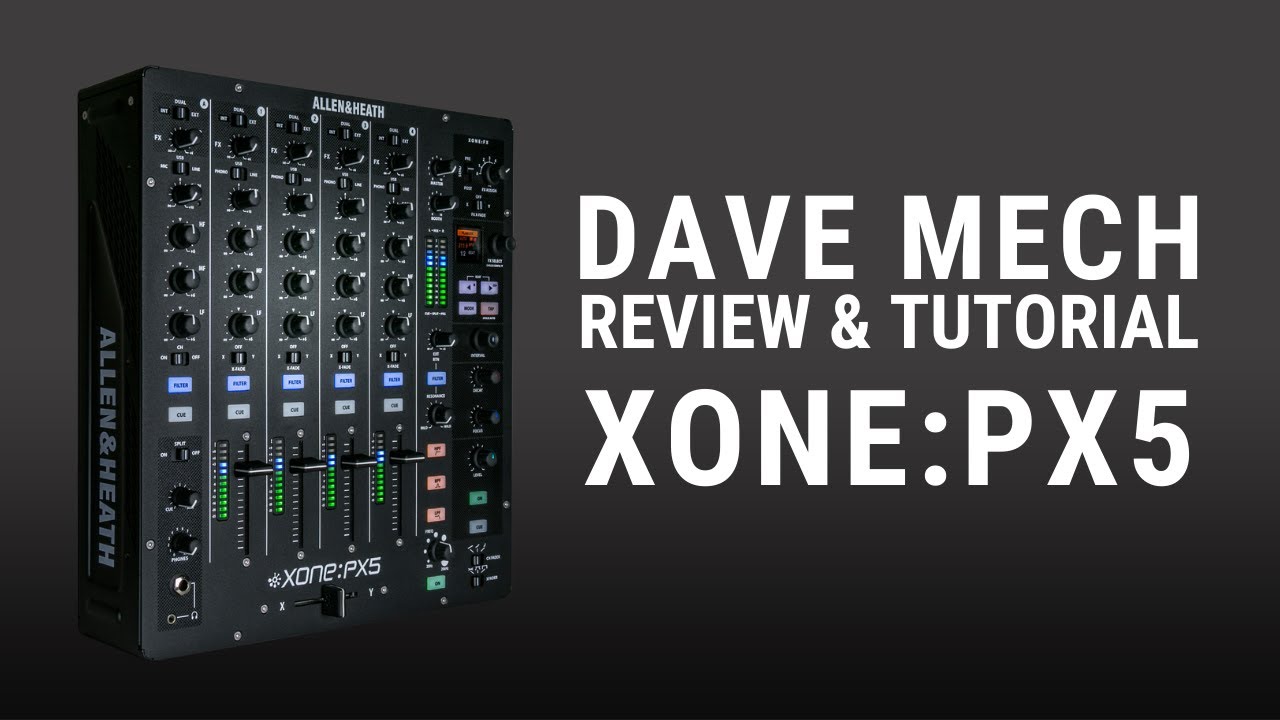 Here’s the live performance using both PX5 and DB4: 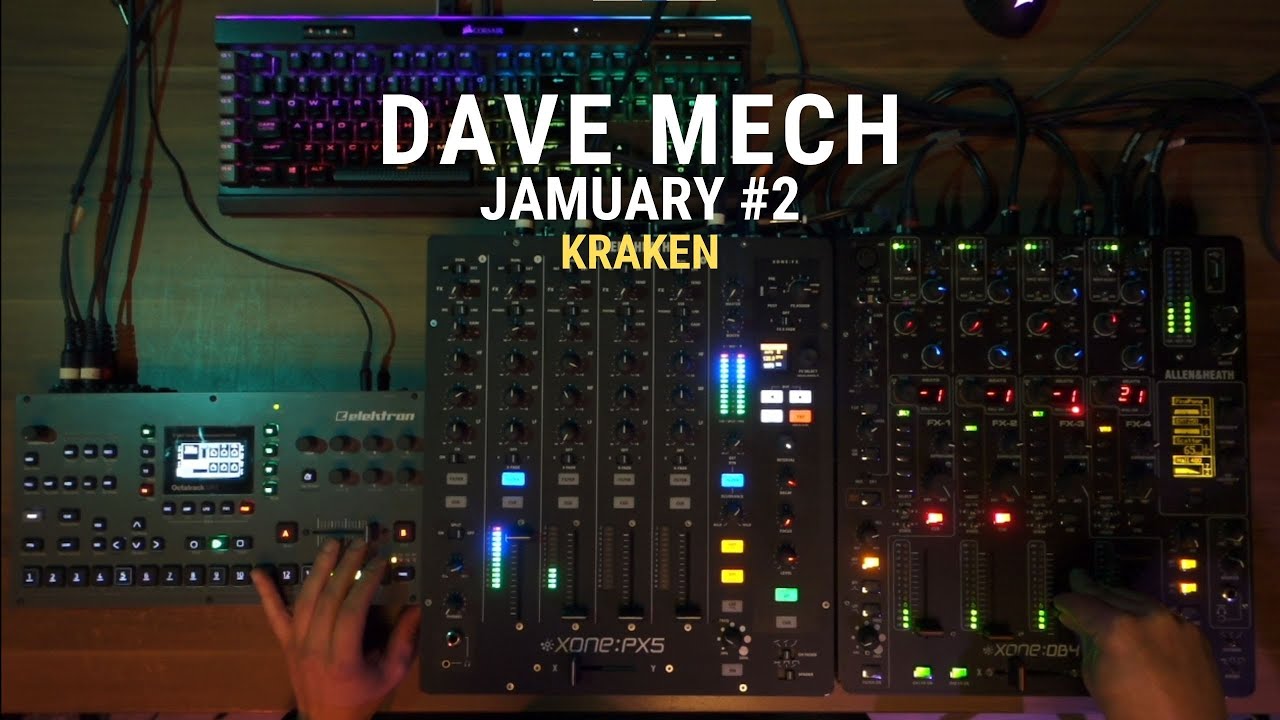 Any other PX5 users here? Would love to hear your experiences with it and how you use it in your setup.

Any other PX5 users here?

I literally just took ownership of my PX5 two days ago. It took two months to get one over here in Canada apparently because they’ve become quite popular (though this could just be that DJ mixer sales , in general, have been quite brisk).

I played my first show with it last night and it was bomber solid. Sound was on point and the I/O was precisely what I needed. The setup consisted of the following:

The setup above allowed me to reduce foot print while gaining access to a stable of far more powerful EQ, dynamics control, and effects options. Being able to seamlessly integrate the iPad or Ableton is an absolute dream!

I did not work the internal effects section very much as I only had a day to get things ready. I used the DLY into Reverb algorithm briefly on the OT/TR-8S channels and it worked well. BPM detection was rock solid so I did not need to clock the PX5 externally over USB MIDI.

The iPad integration I’ve had planned out for a couple of months. I just couldn’t get confirmation that the insert effects setup with the iPad would work. It absolutely does though. Flawlessly.

The other option I was looking at was the Xone:96. Having the extra EQ band, sound card, and filter would all be great options but not enough to warrant another $1000 CAD. In the future, should my partner start clicking with her MC-707 and we want to do shows with each of our own hybrid setups, then we would look at the Xone:96 for it’s dual filter and soundcard options. Simply put, the extra features are not required for my setup.

I would %100 recommend the PX5 to anyone looking for a killer sounding analog mixer that has elegant and sophisticated routing options at a moderate price.

I love that mix Dave! I’ve got it coming through my Xone 96 that I watched your video of, that you helped convince me to get… now you’re say saying the PX5!??

Anyway, I’m adding some filtering from the 96 to your mix as I’m listening…

Which ipad do you use for AUM?

I run a. Setup very similar to yours. Been debating on the px5 over the 96. Do you see yourself actually using the internal effects in the future? If the 1000$ wasn’t an issue, do you see yourself sticking with the px5 and it’s effects, or the 96 with its extra send and 2nd usb? (I currently run a multiple iPad setup)

I’ve only used the PX5 for one set so I can’t speak to the usability of the internal effects. I stuck to one algorithm last night, DLY & RVB, and only on the drums in a creative way. It served its purpose. I would need to audition the rest of the effects to determine if they’d get used. My gut is telling me though that they likely won’t get used as much as I thought. It might just be the nature of how I play. I need some bread and butter reverb and delay and I can get this routing the channel sends into the iPad.

Using the 9/10 in FX Send mode was far more useful. When set in this way and the channel’s effects destination is set to Ext or Int + Ext, it routes the Send output of each channel to 9/10 in the soundcard. I setup BLEASS Delay and Eos in AUM on that channel then routed it back to 9/10 which comes in on Channel A on the mixer.

If the Xone:96 can do that same routing twice (not once per soundcard but once per send bus) having a toggle for ‘Master or FX Send’, then the Xone:96 hands down would be the better choice for me. I’m not sure it can do this though.

For your multi-iPad setup though, the dual soundcards pay for themselves. I would check to see if the you can setup the sends like on the PX5 at least one of the sends to one of the soundcards and the other send to the other soundcard. You could build some highly usable/performable effects chains.

For your multi-iPad setup though, the dual soundcards pay for themselves. I would check to see if the you can setup the sends like on the PX5 at least one of the sends to one of the soundcards and the other send to the other soundcard. You could build some highly usable/performable effects chains.

That means, if i would set send to usb2 connected with an ipad - i would have to output that signal to one of the line in channels? Can AUM also record channels ? Yes it seems -hmmm…

Do i need to rebuy the fabfilter stuff ? I already have pro Q3, would that also work as insert for the master out ? I.e. L2 ?

This is the ticket right here. So you can use it like I am on the PX5. I’m just not sure how the dual soundcard feature works on the Xone:96. If you can have one send go to one soundcard and the second send go to the other. Then you can split the sends between iPads.

Do i need to rebuy the fabfilter stuff ? I already have pro Q3

The Fab Filter stuff on iPad is a separate purchase. There’s a bundle for a very very reasonable price ( sub $100 I think?) that gives you L2 C2 Q3 MB2 G2 and DS? It’s the full mix bundle(?) that you can get in VST. They’re the equal of their VST counterparts.

would that also work as insert for the master out ? I.e. L2 ?

There’s no way to achieve this that I’m aware of. Unless there’s a way to use mix busses creatively in AUM and use one of the aux channels as a return but the routing would be bulky and would likely cripple some of the functionality of using a DJ mixer as AUM would be doing all the channel mixing and the Xone:96 would just be a fancy soundcard at that point.

If i understand this AUM thing - it could route the signal via a bus to another input - that means if if for example would use it limiter, and route that to some usb input of the mixer, i would have that compressed signal at that input. That is what the linked video shows. Which latency could i expect on an ipad i.e. buffer size when used as usb interface? I think on the plus side is for sure the portability of the ipad, and it does have a screen. A mac mini would require a screen on its own and is also more expensive - but i could reuse the licenses i purchased.

If i understand this AUM thing - it could route the signal via a bus to another input - that means if if for example would use it limiter, and route that to some usb input of the mixer, i would have that compressed signal at that input.

AUM, I believe, is short for ‘Audio Mixer’. It lets you create virtual channels that can take a soundcard channel as input (or host an AUv3 or IAA app as the input at the top level), apply effects, then select the output. The output can be any of the available channels on the soundcard or to another mix bus in AUM (and subsequently off to a soundcard channel).

As for latency, I don’t see any way to measure latency within AUM itself but on my iPad Pro (2018) I was running the above outlined routing and effects chains with a 64 sample buffer at 48KHz/24 bit. It was imperceptible and used only %20 DSP as reported by AUM.

I’m interested in latency as well, but more for the dual USB.
Right now i’m getting about 8ms @ 256buffer/44.1 with an 828es (roundtrip) between a master ipad on USB and an additional ipads on the adat ports.

Being that I’m in D4ydream’s boat, and even with 15 channels in AUM, the ipad isn’t breaking a sweat. No sense in upping the latency for some hardware routing and just keep everything internal on the ipad bus sends and just adding a k2 (or 2) into the setup.

‎>>> Check out the demo videos at onyx3.com/LatencyMeter LatencyMeter app measures the real-world Round Trip Latency (RTL) of a given iOS audio system*. It functions by playing short test tones while simultaneously recording (listening for)...

Nice! Purchased. I can do some measurements later this evening. Just jamming out over my lunch break here. I fully setup the PX5 yesterday. Wasn’t doing the full routing for my show that I’m going to be using. Currently auditioning onboard effects so no iPad in the loop at the moment.

I’ll connect it this evening and report back some RTL metrics. Keeping in mind that I’m only processing audio and not hosting any synths. At best, I’d be hosting Mononoke on top of what I listed in my first post. I have a decent amount of kit to manage right now and don’t want to over complicate things

I host the sound sources on 1 ipad and use the the others as effects units such as yourself. So essentially, I’d be having 1 ipad on the USB1, and the 2nd on 2 for the sends hosting a variety of effects/manglers.

My setup w/ the 828es was an attempt to see how mixerless would work out for me, but it doesn’t LOL. And i’m getting tired of building custom controllers for AUM. (I just wanted to build a couple controllers to do things that off the shelf controllers can’t do in iOS…not start a new career in electrical engineering…)

Reality is, I think I just gotta bite the bullet and suck up the price gouging of DJ mixers and try it out.