What next in my arsenal? Granular?

I am looking at expanding my hardware synth arsenal.
I feel I could do with extra sources of sound (for sound design but not only). I have no particular style (if that’s an option

) but always come back to soundscapes, minimal techno, ambient, electrónica…
I have been eyeing the followings:
ASM Hydrasynth
MODAL Argon 8
KORG Wavestate
TASTY CHIPS GR-1
I am very much attracted to granular type of synthesis at the moment and have been experimenting with Digitakt in that regard. Have also done my research so far and it has come down to these 4. I believe (not sure) ASM, MODAL and KORG are more wavetable oriented, though they could serve other purposes… I am more inclined to purchase a piece of hardware (at that stage) that does 2 or 3 things but that do them well… The GR-1 always comes back in my mind in that regard…
So far I have the following pieces of synth:
Digitakt
TR-8
MicroFreak
MiniNova
Deepmind 12
Any advice or info regarding these synths or on the GR-1 (particularly) are very welcome.
Thank you

You may just be better off with software for Granular.

Take a look/listen to this then see what you think after, it sounds incredible.

I think you ought to throw the Waldorf Iridium in to the mix. A tad expensive from one perspective, but it completely covers so many forms of synthesis, including the granular (called Particle on the Iridium) really well.

I own a Hydrasynth Keys and while it does Wavetable, i don’t think of it that way. It’s it’s own thing altogether — it has a mind of its own.

The Wavesnake has it’s own space too. I’d call it sample based, i don’t consider it a Wavetable synth at all. From what I understand it’s a little more frustrating to work with, but definitely is on my list. I just like the things it can do, and how it sounds.

I’m still waiting / hoping that Arturia does a big sibling to the MicroFreak.

It completely covers so many forms of synthesis, including the granular (called Particle on the Iridium) really well.

It’s also capable of granularizing live audio input. Here’s a link to a recent post detailing my thoughts on this feature, as well as a video illustration:

Alright, so here’s a video demonstrating the Iridium’s Live Granular mode of the Particle engine: [Live Granular Demo] Track 1 of the Rytm is set to send MIDI to trigger the Live granular engine of the Iridium (which has been allocated a single voice on layer 2 via “voice split”.) Oscillators 2 and 3 are each set to a “grain poly/ count” value of 1 and panned L and R, respectively. Increasing macro J on the A4 raises the depth of random S&H values being sent when the CV track is u…

You may just be better off with software for Granular.

Agree in a way but I am in the process of going DAWless as much as possible.

you ought to throw the Waldorf Iridium in to the mix

The Iridium… Did not dare putting it on the list…
Although I am selling a MODEL1 that could fund it, I cannot justify the price.

own a Hydrasynth Keys and while it does Wavetable, i don’t think of it that way. It’s it’s own thing altogether — it has a mind of its own.

The HS would sit nicely as it seems a “unique” kind of thing. I am more after: “do 2 or 3 things very well rather than multi function bit of gear”
I believe my current setup gives me a very good polyphonic analog/digital base to start looking into more specific kit. Just a thought

At this stage, it is more likely to be GR-1 or HS…

going DAWless as much as possible.

Though I am still using Reaper for multitracking purposes as well as NI synths and/or effects.
Multitracking from a Midas Venice 160 (with a FMR RNC on master inserts) into MOTU UltraLite Mk3.

I was comparing the Iridium with other hardware granular synths. While it’s not inexpensive i think given that the Particle mode is only one of five synth modes, and given it’s also polyphonic and duo-timbral, stereo, and works on live audio, it stacks up at least as reasonable next to its competitors. Also keep in mind the Tasty Chips GR-1 isn’t exactly cheap.

Here’s what i looked at:

What other other true hardware granular synths did i miss ?

EDIT; Had Bitbox but meant BlackBox.

I also think it’s worth mentioning that Iridium also allows you to ringmod any engine type against the other.

Microgranny is defiantly niche. I had one, returned it, regret it, will get another.

It’s great for Industrial or Lo Fi, I think it would be a struggle to see where else it would sound at home, Experimental I guess. 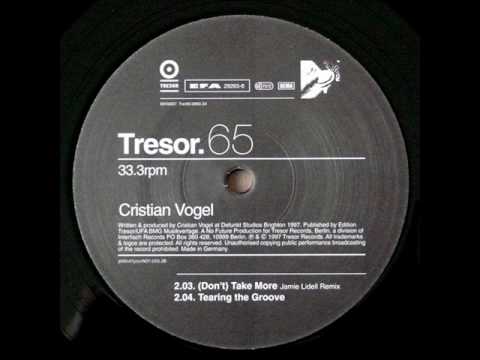 I debated with myself whether to include the MicroGranny for that reason.

Agreed from what I heard/saw of it.

True but still: +800€ for GR-1 vs +2’100€ for Iridium…
Not debating price here but looking at the Iridium has me impressed… Probably overwhelmed

1010 Bitbox is to have a granular mode soon

Will definitely have a look at this one. Is it not eurorack format though?

At the moment I am experimenting granular with DT and although not meant for it, it keeps making me feel like more

Anybody with experience on the GR-1 would care to chime in?

Anybody with experience on the GR-1 would care to chime in?

I have a GR-1 and just got an Iridium. This was definitely something I was interested in comparing and contrasting. These are early days, so my opinion may change or I may be wrong about something.

Just based on the main granular functions, GR-1 is more powerful. It has 128 grains per voice, with 11 voices. It’s super, super, super lush. With Iridium, you can have 1 to 8 grains per voice. Across 16 voices (8 on the Quantum), that’s nothing to sneeze at. GR-1 is just capable of a bit more.

Waldorf Iridium
8 grains max per voice
16 voices
1 second max grain length (the manual says 250ms, but it goes up to 1000ms on the synth, must be a newer update)
2 part multitimbral
Attack and Decay controls for grain windowing

They both have grain density controls (called “Gate” on Iridium), sample scanning (“Travel” on Iridium), grain starting position controls, and position jitter (“Spray” on GR-1). GR-1 has reverse grains, I haven’t been able to find that on Iridium yet.

Where the Waldorf shines is all the extra bells and whistles to support the granular engine. It seems that the granular engine supports all of the same multisampling features of the regular sample playback engine. That means you can load multisamples into the granular engine or just multiple samples of different sounds and map them all to different keys, key ranges, velocities, and velocity ranges. Or even just load a bunch of samples and trigger them round-robin style.

And that’s before getting into the fact that a granular engine can be loaded in each of the 3 oscillators. So really, in some way you triple the amount of grains per voice. And you could really get crazy by going into bi-timbral layer mode.

The Wavesnake has it’s own space too

What I was going to say the other day is, I got rid of DAW’s quite recently. Then I got an RME interface and started wiring it via my mixer, messing around and tbqh running stuff via that card into the mixer then via some hardware inserts, it honestly makes some software sound so good. Bit of mixer saturation and analog eq, it’s a different world.

I spent an entire day sampling software through ananlog gear into either the DT(mono) or MPC (Stereo) got some amazing stuff, in summary, be careful not to throw the baby out with the bathwater, I nearly did, but I held bacl on selling some licenses.

Good encapsulation of the differences between the GR-1 and the Iridium, vvilms. I guess we all would need to listen to the two, doing apples to apples sorts of tasks to see how these differences sound to us. The GR-1 looks better from the specifics of granular synthesis. I need to evaluate this with the four other synthesis modes with the Iridium considered as well, and consider this along with the price difference.

Thanks for this vasilymilovidov ! I added this to my short list above.

I guess a drill down comparing the Nebulae, Morphagene, and Arbhar might be in order.

I will say that something that bothers a bit me is how infrequent it is for people (and developers) to mention the specs of a synthesizer’s mod matrix, as that’s the heart of a patch.

With regard to the GR-1, it would seem to only have 9 mod sources (not sure on the destinations), though each can be set to modulate multiple destinations with discrete depths. I checked the most recent user manual, and couldn’t find a total list of sources/ destinations. I had to resort to pulling up loopop’s video and he didn’t scroll through the entire destination list.

With Iridium, you have 40 mod slots. (Each mod slot has its own scale source slot.) There are 53 modulation sources to choose from; I can’t recall the total number of destinations.

If you’re looking for granular I‘d also look into the iPad and the many apps. There are quite a few apps (Borderlands is my favorite) and if you want to go wild you can combine several granular apps in AUM or Audiobus and go completely bananas. No hardware will give you that and even though it’s kind of a computer it doesn’t really feel like it. Definitely worth looking into it since basically it can be everything you want as a sound source which you can further process with other gear.

iPad Granular: Tardigrain, Quanta, iDensity and Borderlands - I own all but Borderlands …I will look into it.

Spacecraft is also worth mentioning.