Our concept for SuperBooth22

In the coming year Superbooth continues in May again. Find some information about the current state of our plan, the integration of the SooperGrail and the 20 year anniversary here. Stay healthy and creative!

The successful SUPERBOOTH21 has shown how musical instrument trade fairs can work even during a pandemic. Due to the circumstances, the plan to esta- blish a new guitar fair has been put on hold so far. This September, a handful of guitar makers have already presented themselves at SUPERBOOTH21. Next year, the time has nally come and SOOPERgrail22 will be organized as its own event, with separate access and also at the FEZ-Berlin.

The idea of „Superbooth“ was already born 20 years ago and was cultivated in the first years in Frankfurt, with always new ideas, to an extraordinary, unusual trade fair concept. Six years have passed since the realization of an independent event in Berlin. During this time, a very personal and individual fair format has been established in the FEZ-Berlin. This development and the 20th anniversary will be celebrated on the eve of SUPERBOOTH22 with an exclusive evening event for our companions of the last 20 years.

As a special welcome for the new exhibitors from the guitar sector, a collective get-together for exhibitors and invited guests will be offered on the evening of 12. May - an opportunity to get to know each other, exchange ideas and meet again.

This will allow for more indoor guests, the removal of time restrictions on indoor areas, and the prospect of possible reductions in mask requirements and minimum distances. A large number of exhibitors and visitors were already vaccinated or recovered this year (2G). In order not to exclude anyone completely, it is expected that non-2G compatible visitors will still be allowed to attend with a daily PCR test.
*The so-called 3G rule (public spaces are only open to those that are vaccinated, recovered, or tested – in german: geimpft, genesen, getestet)

That is the short view into the future. But after 20 years of „Superbooth“, it‘s also worth taking a look back.

In 2002, during the Musikmesse in Frankfurt, a „Superbooth“ took place for the first time as an ambitious group exhibition and with its own concert event. This was the starting point for everything that followed. Again and again we hear how people involved at that time become enthusiastic when they think back to the rst Superbooth stands. The Superbooth concept stood out from the normal trade fair routine even back then, just like the Superbooth events today in Berlin.

HerrSchneider: „Many of the current participants such as Doepfer, (Bob) Moog, Elektron, Vermona, as well as currently involved artists like Monolake, Toktok and others are still connected to our events and activities and certainly like to celebrate with us. We are looking forward to the opportunity to celebrate such a long-lasting development with each other once again!“

To take HerrSchneider at his word, the Superbooth Berlin GmbH celebrates the round anniversary with a special event in the context of SUPERBOOTH22. On the eve of SUPERBOOTH22 - on 11.5.2022 from 7 pm - the organizers will hold an exclusive anniversary celebration with exhibitors and invited guests. All this will of course take place at FEZ-Berlin.

For the first time, SOOPERgrail22 will take place as a separately bookable, casual event for electric guitar manufacturers at FEZ-Berlin. The new event will be presented by Superbooth Berlin GmbH on two days, 13.-14. May 2022, as part of SUPERBOOTH22.

Exhibitors will showcase a selection of custom-made European electric and bass guitars in a separate area of the building around the K1 concert hall, in nearby rooms, on the Cinema presentation stage and in the open meeting areas.

A variety of presentations and concerts await guests at SUPERBOOTH22 and SOOPERgrail22 on several stages, as well as a large, shared outdoor area for both events with the popular catering options.

SUPERBOOTH22 will again be an open and broad experience at FEZ-Berlin.

There will be up to 200 exhibitors and plenty of space and fresh air around the Seaside Stage (Seebühne) and in the park. The Hüttendorf and the Fuchsbau will also be integrated into the program again. Both are in close distance and offer a very unique atmosphere due to their location, which complement the event perfectly.

Concerts and performances will take place on a total of four stages indoors and outdoors. Those who want to do more than just look and try things out can create something of their own in different DIY-workshops and take it home with them. School classes and other children can try out the numerous, age-appropriate workshops and approach the topics of music creation and sound exploration with some guidance.

The exhibition can be visited daily from 10 a.m. to 7 p.m., and the stage program continues into the evening. All those at home can keep their eyes and ears glued to the livestream and the trade fair radio.

The discounted prices apply to the unemployed, students, pupils, physically or mentally impaired.

Ticket sales will take place only in advance and online until further notice. All tickets will be personal and subject to compliance with the applicable regulations.

Personally … Superbooth Berlin is a very special event. I always try to go, get tickets … and can’t make it.

So who’s everyone looking forward to? No Elektron, but I’m personally interested in Polyend, Make Noise and Soma (something on the Reflex, please🤞) Maybe Moog if it’s something other than here’s some previous gear in a new box.

Well the new Waldorf product, with what seems likely some advanced keyboard interface.

And new features for Osmose, with ship dates.

And who knows what else, that’s the fun part.

also no Intellijel. Wished they can bring me a Quadrax for selling from the booth

The list can and does change right down to the last minute.

In 21 Soma was a no show and Aodyo showed up on the day.

So who’s everyone looking forward to?

UDO but I doubt they’ll reveal something new.

to? No Elektron, but I’m personally interested in Polyend, Make Noise and Soma

Yea, same companies for me… would add some eurorack shops like Koma and Bastl. I feel like Elektron is losing its edge as a forerunner the last years… pitty.

But I changed my approach a lot myself,… so it’s a very narrow view.

…even given the fact that there’s nothing left i’d like to purchase this year, i’ll be there for sure…
it’s simply way more than just a musical trade show off event…
it’s an overall “where it’s at” music festival of it’s very own kind…
with heaps of meet n greet n mingle…

but wait a second…yes, i really have more than all it needs…
i can even state with all confidence, i have the most modern and most versatile collection of sonic tools at hand EVER…
and apart from another next new bitwig upgrade plan in august i really need absolutely nothing else anymore…

but only if elektron is finally willing to show up this year again…
if not…well, dear swedish friends…this event get’s along totally fine also without u…
as do i…in that case…without a syntakt…

Also expected would be the Korg Drumlogue, and half a dozen other things from them, as is their way.

Imagine if they did announce their participation how the Syntakt thread would explode.

It looks very interesting. The form factor, the features, …

Hey @reeloy, i remember last year you went, to see Soma, and they dropped out of the show. Maybe you can catch them this year and they can make it up to you.

Were you also one of the group who got to see the secret Polyend product ? Somebody got to walk around with Cenk and saw the PE ??? .

the Syntakt thread would explode.

It’s going to do that anyways, just wait a couple weeks before the show.

In fact one post over there right now would start a forest fire, there is so much dry kindling laying around.

…yup…i did see polyends next babes last year…but it was shown to cenk in first place…so, i can’ spoil anything…would simply not be fair…

and yup…i wanted to shortcut the enner waiting list and then soma did’nt show up…
but TODAY! my enner arrived anyways and finally…won’t afford a pulsar any time soon…
and enner and pulsar are the only soma products i’m really intrested in…
gave their pipe a try last year, too…but that one had to go…it’s cool…but not for me…

and for now, it seems elektron is really not showing up, as i had to learn from craigs link a few minutes ago…as mentioned, superbooth is doing fine without them…
if they really don’t show up, not even with a small stand, hmmmm, then i see it as last proof that our beloved swedish brand is NOT what it used to be anymore…simple as that…

since cenk has left their building, i have no clue what’s going on behind their curtain anymore…
and to be honest…i had all their machines…apart from rytm…and since two years now, i kept only what’s really essential…two ot’s…one a4…two heats…and one model cycles, which i got for free as a kind of beta tester early on…and that’s about it…

I think creating a separate but attached show like this was a really smart move by the people that run the show.

We probably won’t talk about it much around here, but there are a lot of people for whom that will be the main event.

There will also no doubt be exhibitors that have stuff for both and will stay through the whole time.

Hoping that SOOPERgrail is a big success.

Agreed. I look forward more to Superbooth than NAMM.

f they really don’t show up, not even with a small stand, hmmmm, then i see it as last proof that our beloved swedish brand is NOT what it used to be anymore…simple as that…

Also agree. I’m starting to lose faith tbqh. I was fully expecting something this year. Maybe we’ll see something at NAMM…but then to blow off Superbooth…idk…doesn’t bode well.

but then to blow off Superbooth…idk…doesn’t bode well.

And they ( Elektron ) shut down their Berlin office last year too.

I hope Moog does a big event in their Berlin office ! They did get that opened didn’t they ? 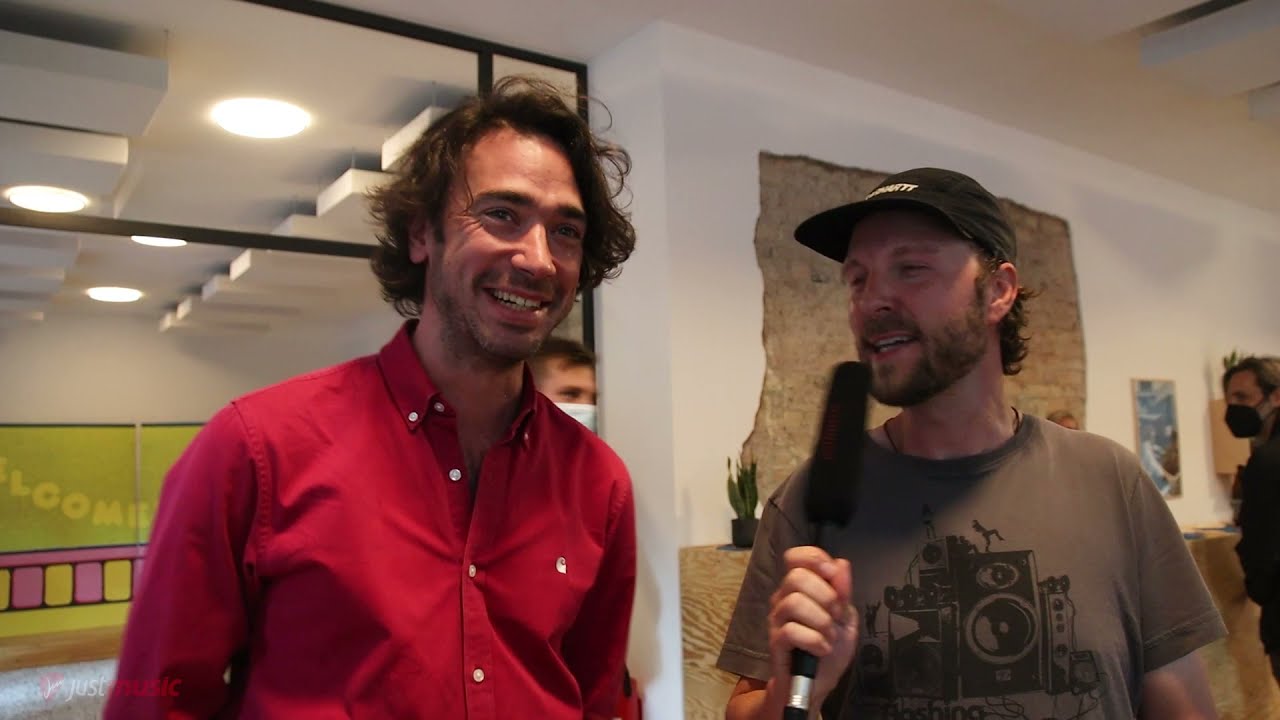 The Floorplan function doesn’t work, for me at least, i think they haven’t put the datafile up for that yet.

Why ? Well think about what they might be in cahoots on.

I’m trying to start a rumor !

They are next to each other.