So, what are you up to tonight/this morning/afternoon/etc?

Share a sound, thing, experiment, patch, jam, idea, video or piece of music!
Anything goes. Nothing is too short or too long, too weird or not weird enough.

Tonight I’ve been experimenting with wavetables on the Digitakt. I set it up so that two tracks play a single voice composed of two single cycle waveforms that crossfade using the LFO of each track. This emulates (badly) waveform interpolation in proper wavetable synths like the Microwave, Monomachine etc.

was playing around with my new naim mu-so and listening to some streams, and eventually tuned in soma-fm groovesalad - my favourite webradio…

I hear the knob on that one is pretty sweet.

Have been playing all day with sequencing iPad apps with the OP-Z. The combo that seems to work best is to use the drum group track audio from the OP-Z and sequence the melodic tracks in AUM. Here’s an example:

Well, its some kind of alien technology… Extremely smooth :)! If you know a Samsung Gear S3, it has a similiar feeling while turning the “Lünette” …

Anyway, can recommend the mu-so, plays nearly everything…

I used to make music on my phone during my commute in the metro, lots of fun hhh

Edit : it sounds like crap but it makes me smile every time I find those … here’s another one 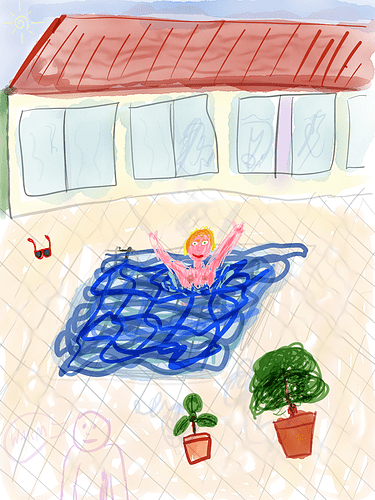 Creating more Remote Vision. Lots of A4 & Digitone. They go so well together for deep atmosphere. 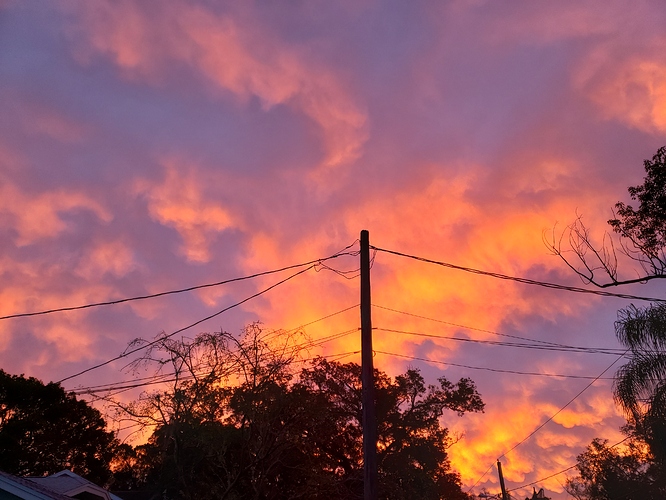 I am sharing a remarkable sunrise I saw a couple days ago.

Just finished re-capping the power supply to this old dear: 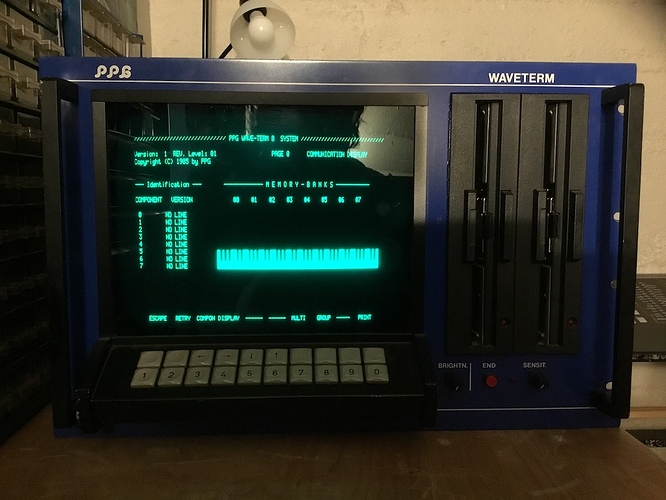 Now works better than ever!

I would love to know so much more about this.

Specifically, basic features and I/O? In what ways does it stand out? How do you describe its character?

The Waveterm was an optional companion to the PPG Wave 2.2/2.3 synthesiser. And, in fact, it couldn’t be used without the Wave. Once connected to a Wave, the Waveterm provided the Wave with sampling (and sample editing), additive waveform creation, ring modulation, resonator synthesis, custom wavetables, advanced sequencer editing. All this in 1982. The character of the sound was largely determined by the Wave. The Wave 2.2 (which is what I have) was an 8-bit wavetable machine with analog filter, VCA, etc. A true hybrid machine. The Wave 2.3 was 12-bit, giving it a cleaner sound than the 2.2. It could also play back longer samples than could the 2.2. However, many prefer the 8-bit version for its character. A PPG Wave and Waveterm combination was very powerful in its day and still sounds great.

Digitone + Nord Lead minimal, intense ambient “jam”. It’s just a repeating single chord on the DN, but the random hold LFO on the filter means that each time it’s repeated, the voicing sounds slightly different. Nord for bass. Inspired a little by the Unreal soundtrack.

Gotta share another one, sorry for the spam. Going for a Talk Talk drum sound on the OT in memory of Mark Hollis…

Kick, snare, bass and lead are all single cycle waves with various filters and effects. Ride is from Alesis SR18, chords some random electric piano chords I had on the OT. I think I could work it into something perhaps a bit more abstract, but it’s nice to play with a “real” chord progression for once, haha.

Spent some serious time trying to decide if I should trade my rytm MK1 in for the MK2… watched a ton videos, played a great deal with my rytm… argh…

Made a start on this track.

That was yesterday actually but i am still overimpressed !