Screens.. yes or no?

I’ve been reading various comments Where folks don’t seem to want screens on their gear, or are at least happy without one. Serious question here… what’s the appeal of not having a screen? I can sort of see you wouldn’t need a screen on a knob per function simple monosynth or pedal but for anything with menu’s etc I can’t see how the lack of a screen helps? Especially for stuff like global parameters or in-depth editing. Do you find the screen a distraction? Or is there some kudos to remembering these sometimes cryptic button press combinations? Personally I’d take a screen all day but I’m genuinely interested in the appeal of screenless jamming!

Guitars ain’t got screens and they sound wicked

Depends on the gear and the screen.

My Polivoks doesn’t need a screen, but I wish the screen on my A4 mk1 was bigger.

Can’t imagine the Polyend tracker would be much fun without a screen.

Touchscreens can fuck off though.

Touchscreens can fuck off though.

Only screen I have a problem with

I strictly use gear with only touchscreen interfaces and have a no physical knob/control policy.

Yeah I was thinking of stuff like the Deluge (I think it’s that?) that uses pads And combinations to edit settings. Even my little Monostation has me scratching my head at times. Totally agree on the Polivoks etc, no need for one in that situation.

This forum definitely can’t live without a screen or attemt to be the first to tranform to a audiobook like forum. Please don’t.

Edit: listening to te spoken version of the The intoxicated hangout - #244 by halcyon-star thread would be fun.

I strictly use gear with only touchscreen interfaces and have a no physical knob/control policy. 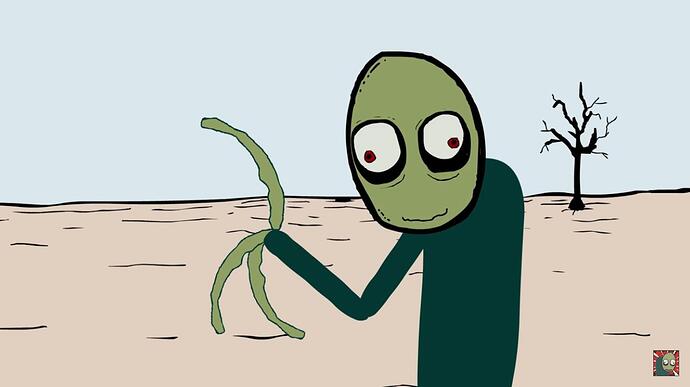 Yeah I was thinking of stuff like the Deluge

Yeah, I look at stuff like that and immediately think “fuck that”.

I’d probably be more interested if it had a screen of some sort on it.

If it doesn’t need a screen … fine

If it has editable sound presets, or saveable ‘songs’ or configurations, I like them to have names, so screen is necessary (for me)

If it has menus, I prefer the feedback to be on a screen, not a combination of lit buttons.

4-digits displays are not (to me) worthy of the name ‘screen’.

Things I would likely avoid due to the above criteria:

You get the idea.

EDIT: there are exceptions … I own an NTS-1, but that was so cheap, some of my more typical purchasing criteria went out the window (It has no presets !!)

I think the idea is that a more tactile experience feels better and invites you to use the ears more than the eyes. Then there are always the dogmatic kinds, who take it one step further and demand there’s no screen.

Personally, I find that a combination works best. Tactile, memorizable buttons, knobs and shortcuts for the creative phase, and a proper screen for when you are tweaking things, like adding effects, compressors, etc. Of course, this depends on what kind of instrument we’re talking about, but for me, this applies to both grooveboxes and proper synths. A true knob-per-function is rarely feasible and either lead to an insanely expensive, or a grossly simplified synth.

Guitars ain’t got screens and they sound wicked

I kinda like one of my Guitars that has no fret inlays - it opens things up a bit, stops habits - the same with screens, it can be a thing to look at

For me, it’s an accessibility thing.

My vision’s shit and glasses/contacts don’t help enough to justify having them (this started as personal opinion, but I’ve had multiple optometrists agree following eye exams). Reading screens on music gear means, for me, bending over close to the device. This is physically tiring and uncomfortable. I can manage about 30mins of sample editing on my OT before I have to break. I can get away with longer sessions on the AR for some reason - I think I’m less inclined to edit text on it, and I don’t sample as much.

My Rev2’s screen annoys me a lot. The “graphic designer” who planned the visuals really dropped the ball. It’s a large and clear screen for the amount content it displays but they made the fonts too small, used too much white space around things that don’t need it and not enough around things which do. I’m regularly tempted to trade the synth for a P6 just to lose the screen (and the temptation to use it).

Conversely, playing the Matriarch and the Juno 106 is a pleasure. The large format controls and little or no screen use really work for me. The MS-20 has no screen, but the print on the flow-chart is small and dense, so it’s taking longer to learn. Once I’ve learned it, I wont need to read any of it.

I work as a programmer. I use screen zoom tools to enlarge my computer screen, and also use my phone the same way. I enjoy not having to do this with my instruments. I should learn guitar, or drums, really… but I really like synths

I’ve got a pair of “glasses” with double lenses, designed to zoom in on things. They’re great for watching TV (but make me look pretty quirky), but the focal length range doesn’t go as low as arm’s reach from an Elektron.

I hear you on the vision front, my mincers are useless these days as is my brain capacity!

Interesting point about the Matriarch… I too can get lost for hours in its loveliness but I’d be more than happy to trade holding buttons and hitting keys to change global parameters for a screen and menu. As things are I need to keep either the manual to hand or get it up on the iPad when I want to change settings. That could well be more to do with my awful memory tho!

hope a perhaps mk2 will get some screen, would be great i guess… ?

I too can get lost for hours in its loveliness but I’d be more than happy to trade holding buttons and hitting keys to change global parameters for a screen and menu.

Yeah, it’s a bad interface. They didn’t provide feedback that lets you use it with confidence. Moog tried and I’m willing to admire their attempt for the sake of my neck and back

I imagine the Sequential P6/OB-6 are easier to use in this regard - the function buttons have latches and lights.

Yeah, the little OLED on the T5 is super handy. Unless you’re challenged in the vision dept but I guess there has to be a limit on font and consequently screen size at some point.

I’ve ruled out ever owning a T5, purely because of the screen. In all other respects it seems great.

Although, given my day job and txting habits, I am getting increasingly keen on removing screens from my music set-up. The Elektrons have the best size-layout-feature-UX balance I’ve used in recent years. I admit I’ve not tried an MPC, but they look a bit too much like “computers” so I’m put off.