My SECOND Machinedrum-only album and liveset

“where we go you must follow” is a sequel to last year’s ”in the gnd scheme of things” and includes 14 tracks written in the past six months. Everything you hear on the album is coming from the Elektron Machinedrum mk2 UW. On this album I’m expanding the sonic palette by using various MD machines as well as internal sampling. The main focus is still on GND machines with EFM machines also getting a fair share of use.

About a year ago I really started digging into my Machinedrum, largely thanks to the unofficial firmware developed by @JustinValer , @v-yadli and others. Currently at version X.06, the officially awesome firmware updates were an immense inspiration for my second Machinedrum-only album. Also big up to @waftlord for continued MD inspiration and @Odo for letting me use an awesome photo of his as cover art!

Once again, the last track on the album is a brand new 23-minute liveset I performed at a small private event in Tampere, Finland on April 30th, 2022. I’ve also made the sysex file of my liveset sounds and patterns available (see below) and uploaded the liveset on Youtube (no live footage tho, I’m afraid).

The price for this album is set as free or pay what you want. All the funds from the purchases of this album will be donated to UNICEF for aid in and around Ukraine. 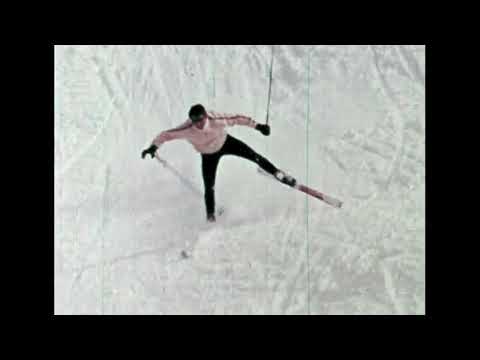 57 Likes
Your Commitment to Releasing Something in 2022
Artists flying under the radar with big potential
Machinedrum secondhand prices are getting crazy
Machinedrum Sound Packs
Odo May 1, 2022, 6:16pm #2

There’s a lot of really cool stuff on this, nice work!

And now I find myself looking at MDUWs on reverb.

Holy cow! The prices have kinda dropped on these things(until people hear your album)

Thanks so much for your kind words, everyone!

I like this album more than the first one (even though the first one is great, this one goes even further). More variations, better stereo spread, weird reverse stuffs, melancholic keys sustained by some deep bass line(love your bass progressions) immersed in whoosh of windy rainy like sounds. cinematic, spooky (track 7), dreamy and a surprising twist plot (track 11). What else do we need?

That’s quite an accomplishment!

Had to come back and say those GND machines sound so good. Can’t believe it’s not a synth synth, synth.

Another beautiful creation. I listened to the whole Bandcamp release over the weekend and I’m looking forward to going again with a glass of something tasty.

Thanks as well for all the insights into your creative process! I for one find them fascinating and a terrific introduction to what the new OS makes possible.

Had to come back and say those GND machines sound so good. Can’t believe it’s not a synth synth, synth.

Totally love the sound of those GND machines! Just beautiful and really versatile! I haven’t spent a whole lot of time playing the MD polyphonically (with the MCL or otherwise) via a midi keyboard but I think the MD is just a beautiful sounding synth with those GND saws especially.

I never could afford the mcl while I had the MD. I didn’t know about M4L either then.

Those GND machines sound very unique. I would love to have a synthesizer that sounds like them. I’ve been toying with Puredata a lot & it’s digital sound reminds me a lot of the MD, but I am not experienced enough yet to make a really great playable patch.

Once again, great job. Listening to these tracks again today and fighting the GAS to buy another MD.

Great stuff, reminds me of some of the sounds from The Dark series.

Great Art and music work. That you made it only with one device (MDUW MK2) is great and shows us what is possible.

Thank you! The way I use the MD is still pretty rudimentary, at least from a technical standpoint. I mean, I’m not really using neighbour fx tracks or a whole lot of ctrl-al, for example. Then there’s a whole new universe to explore if we add the MegaCommand controller to the equation.

That’s just to say there’s still A LOT for me to discover with the MD, and I’m pretty sure this won’t be my last MD-only album or liveset.

The way I use the MD is still pretty rudimentary, at least from a technical standpoint. I mean, I’m not really using neighbour fx tracks or a whole lot of ctrl-al, for example.

It’s definitely a very difficult thing to achieve as there are a lot of possibilities and as you say there is still a lot to explore. But not everyone can limit themselves and embrace the simplicity while using an instrument like MD. That’s why it’s such a special piece of work.