Wow, such a disappointment after the initial hype.
4 analog parts and samples? I expected it to shine with digital synths comings from their volcas, electribes and SDK engine, but they forgot to put their most attractive feature in there

The multi engine there seems such an afterthought a joke, no dedicated controls, 3 algos, and synth-oriented.

It’s a shame they never tried to make a good replacement for their ER-1, especially in the Volca format. Even by today’s standard, it’s still rocking and has its own character. Can’t really say the same about the drumlogue…

those demos do absolutelly nothing to me. nothing. now, is it mine or the machine’s issue? Edit. At 8:18 there was a glimpse of hope but that vanished quickly…

Thank God it costs over 600 euros.
With syntakt (i hope for sample player machine) I’m settled.

1 x digital Track? And the Sample Tracks are seperate? Guys it´s 2022. Make it modular for god sake.
Not interessested sadly after all this time had pretty high hopes, but with one digital track…nope

Is it just me, or does the analog portion of this drum machine sound like a cheap Boss Dr Rhythm?

It’s pretty close to the one thing I want that I really feel is missing in the market currently. A simple drum machine that can also do bass and has some individual outs so the bass can be processed separately. I know most drum machines can do bass in some form but I love the idea of a drum machine that also has a proper bass synth.

Not convinced by the result though. But it might turn out to be great some day

Was looking forward to this.
Looks like I’ll be saving money here, real let down

Samples… really!? Korg has this really cool drum architecture in the Volca drum or even the ER-1, why on earth don’t they incorporate that into bigger machines!?

My initial reaction as well. I’m not particularly interested in samples and I was hoping for a best-of-korg-drum-synthesis-plus-logue-sdk machine.

But if this didn’t have sample playback capability there’d be a bunch of people whining about that too.

I think it’s too early to pass judgment. Need to hear more demos and see what people get out of it. I’m sure it’s plenty capable, but I’m fine with

for now. I don’t actually need more drum machines (though I do love them all).

Also, I had basically written it off as vaporware at this point, so I’m positively surprised to see it released.

I have a hard time to understand the price.
I know, perhaps are luxury consumer goods too cheap anyway, but compared to tr-8s I can’t understand.

I thought it sounded good, crisp, clear and nice FX, though I wouldn’t drop 600 on it. Down the line when 2nd hand prices drop I think it could be a good first drummachine for people wanting to get in the game.

I don’t what track record Korg got with major updates, but improved sampling time + memory and/or a chord mode would be really nice. The synth sounded really good.

I don’t what track record Korg got with major updates

I think the combination of real analogue and samples and a synth engine maybe make it more of a Syntakt challenger than a TR8S challenger? If it hits sub £500 street in the UK it may be a big hit although a agree it needed more than 1 SDK engine

The SDK engine won’t run exiting SDK plugins apparently (it’s a different engine!) so that will piss off people who already have bought in to that ecosystem!

Stereo samples gives it some advantage of the Digitak I guess…it’s a mixed bag! 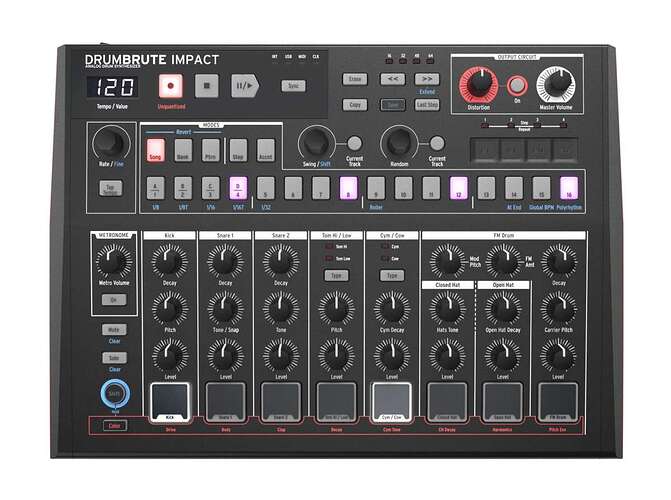 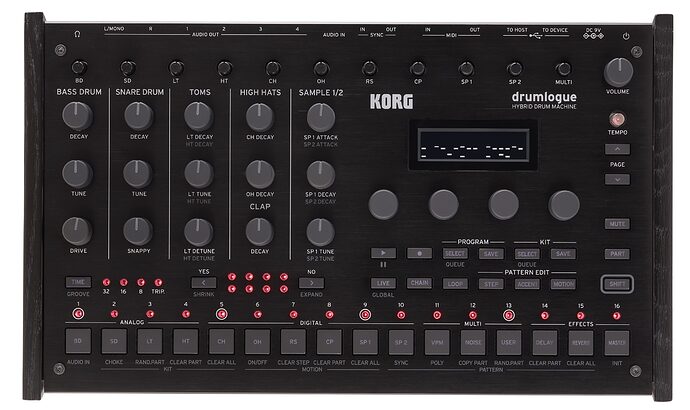 it should‘ve dropped some years agogo

It’s a beautiful looking device but seems really underwhelming to me tbh. A modded Electribe seems like it would have more power/flexibility for a lower price. Three lanes sharing one voice for the user engine and six sample only voices are a huge L imo. The best stuff korg does is when they focus on extremes. Either hyper geeky deep overkill products like the opsix, modwave, or xd; or cute friendly bite sized or otherwise minimalist stuff like the volcas or arguably the original logues.

What is even the point of this thing’s existence?

Why did they pick samples over the Volca Drum synth engine? Could’ve been competition to SynTakt… oh well, I’m no marketing and design genius.

…and why didn’t Electron put a sample engine on the Syntakt! No one eve seems to get it quite right…but if they can add even a basic sample engine to the Syntakt it will be pretty close to perfect for me

This isnt of any interest at all.

definitely my biggest gear disappointment in 2022.

I think I will never come back to hardware again.

Also, the UX is horrible… come on…

One of the worst aspects is the design and layout.

Wow, such a disappointment after the initial hype.

but seems really underwhelming to me tbh.

What is even the point of this thing’s existence?

Lol yeah, it definitely belongs on this channel: 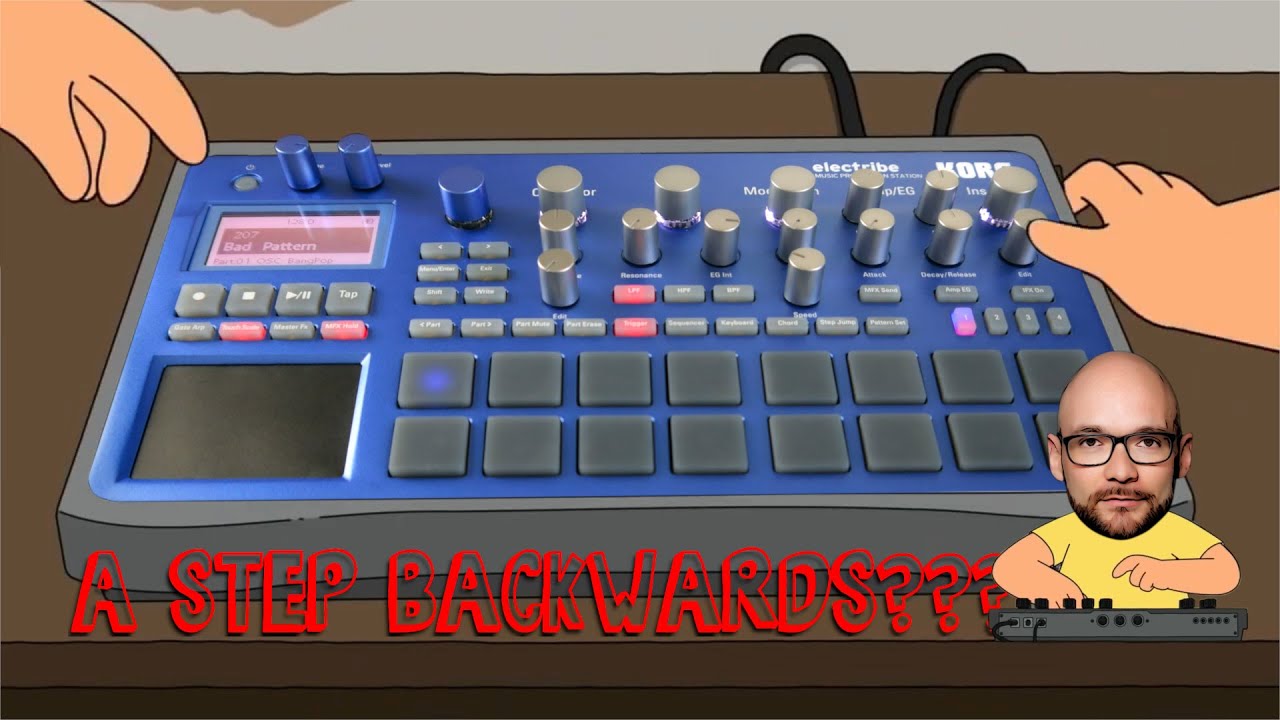 giving it a little bit of thought now and becoming more and more underwhelmed. Why is noone even trying to get it right these days. This Drumlogue Thing seems like a Design Mess to me.

I mean Syntakt come on you at least have the chance to make this thing right if you want to. capitalism is ending anyway so please add machines and sampling and everyone is is kissing your feet.