Since their Subharmonicon video, I don’t have any expectations from them. I wouldn’t hire them for promoting my stuff. But taste is subjective.

It’s a pretty bad demo, which PC have a few of…I guess it shows the multi timbral aspects, somewhat, but if that’s what you’re dying to show off, why use a Keystep Pro with only 4 channels?!

Yeah it seems ever since the pandemic the quality on their demos has gone down, I wonder if they are just not able to get the same talent in to do videos right now. Either way perfect circuit demos are mostly for promoting their store, they order the gear to sell it and then do a demo with a floor unit to my knowledge, sometimes they demo vintage synths they get in. Pretty sure they don’t getting paid for the demos.

On topic this synth really looks fun… it looks like touch interface actually adds some interesting ways to program and live edit sounds. As someone who is mostly against touch interfaces for music they certainly made it look appealing.

This usually means something really good, is that what you meant?

It can also be used in a negative way, similar to “deal-breaker,” and the context tells me that it’s being used in that way.

Did a basic song all on EssenceFM today. Nothing special, but I really do think it’s a great synth. Was able to do some fun modulation stuff in real time, live, take separate outs into the DAW, etc… 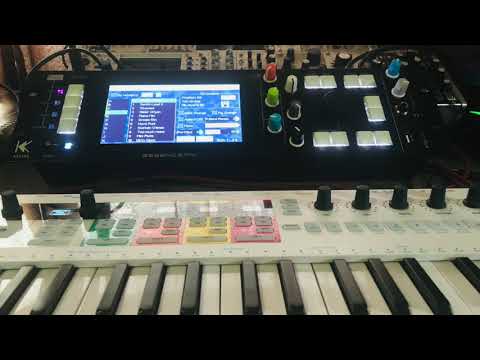 How do you find the build quality, buttons and encoders ? Precise well dampened ?

I honestly can’t find any fault with it so far. Great quality all the way around. Very clever design and layout.

Though you easily can do entire tracks on this one synth (just did!), I’m not sure I would very often. It has a sonic ‘thing’ that I love, but that makes it tough to get each element to stand out in a track…maybe? Heck, I dunno…still figuring stuff out and need to make more sounds

Though you easily can do entire tracks on this one synth (just did!), I’m not sure I would very often. It has a sonic ‘thing’ that I love, but that makes it tough to get each element to stand out in a track…maybe? Heck, I dunno…still figuring stuff out and need to make more sounds

Interesting, and I get what you’re saying. Maybe utilize the outputs and send different tracks to different external effects/EQ ?

On that note how do you find the internal effects compared to say Elektron boxes ?

Interesting, and I get what you’re saying. Maybe utilize the outputs and send different tracks to different external effects/EQ ?

On that note how do you find the internal effects compared to say Elektron boxes ?

I’ll be getting a mixer soon and plan on routing additional outboard effects and eq, but on the track I posted, I did bring everything into Logic separately except for one drum groove…that was just a stereo out. I might have overdone it with the internal reverb on several tracks, but there’s really nice sounding reverbs in there, I think.
Regarding effects, I think they’re really good.
6 different reverbs
Delay
Chorus
5 different distortions
Bit Crusher
Ring Modulation
Phaser
Rotary
Equalizer
Auto wah
Phase Shift
Each effect seems to have 2 parameters for adjustment and an output amount for it. For reverb it’s ‘reflection’ and ‘damping.’ Delay has different amounts for left and right, feedback, cutoff and amount. Distortions have Threshold, Gain, Cutoff and Amount. Ring Mod is strange in that it only has adjustments for coarse and fine speed, but it still sounds cool.
All that to say, I think the effects are quite good and there’s 20 different types. Would be great if each voice could retain their own separate effects, but in Performance mode you just get two effects at a time. Series or parallel.

The filter section, of which each voice gets one could certainly act as shelving eqs as long as you’re not modulating the cutoff.

I said the same thing on the Share your tunes thread.

Nice dude thanks for sharing!!! Would love to hear more.

Thanks so much! I’ll get better at the sound design part, hopefully

New video up where they show some sound design! 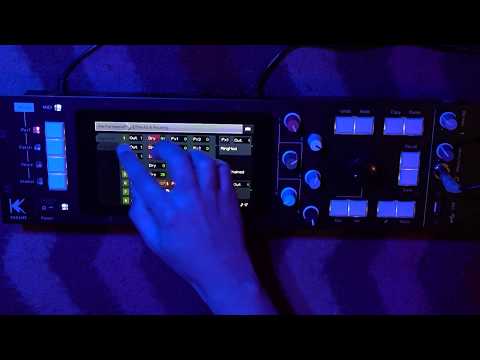 Just finished watching that and was going to post it here! I found that video very helpful and got a lot of new ideas on how to use it better. Right now it takes me longer than that entire video to make a single sound

Got off the road and had a few minutes to play around with the EssenceFM. Was just using a single voice with no layers. It felt like a modular jam, there was just so much going on. It’s really easy to tweak and blend the individual operators. I know practically nothing about FM synthesis, so it was really eye opening stuff for me. Such a fun sound design tool!

Ah so glad i am to hear you say that, then there is hope yet for me to learn i guess!

Made a few oddball patches. All just single 6op voices with no stacking or layering. Recorded straight to Logic with no additional effects or eq 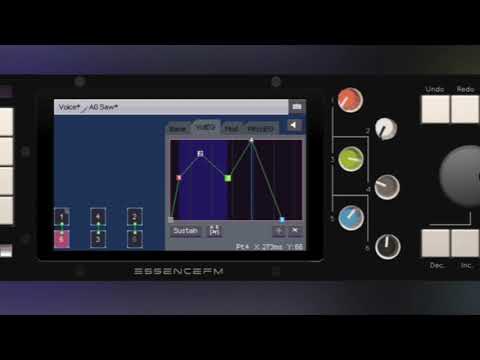 Sorry for posting so much, but I really can’t believe this thing isn’t more popular