Falling deeper in love with OT.

Audio from the mixer is routed to the aux, which comes to OT and is recorded in real time, playback trig on step 4 plays it back delayed by a dotted eighth. Aux send level on mixer line-in channel where OT is coming back controls feedback level. This makes for simple over unity feedback levels (which you know you like, dub-a dub dub).

Free delay, with no FX engaged on OT at all. However, if you do put FX on the OT track they are inserted into the delay path(!), so you can have two FX + “delay” on a single track (with no OT delay FX).

‘Shimmer’-ish effects can be had by toying with pitch/rate on the track, filter FX nice for taming frequencies on the repeats, LOFI a nice choice to throw in for increasingly degraded repeats.

Had done similar things with SRC3 CUE recording, but the immediacy of having (aux send) knobs on the separate mixer to tweak feedback levels in real time is nice.

Take care, love you all.

I’m going to buy an Octatrack just to try this out. Thanks!

I use this principle regularly, recorders + flexs can become incredible fx!
With @Kacper Fx1 Reverb hack, you can add a modulated reverb or reverb + additionnal delay!
Reverb on FX1 slot hack

A mixer is interesting for eq, but feedback (over unity) can be handled by AMP VOL, so you don’t need a mixer to try it. 2 small jacks suffice.
I need to buy different ones, needed to invert them! 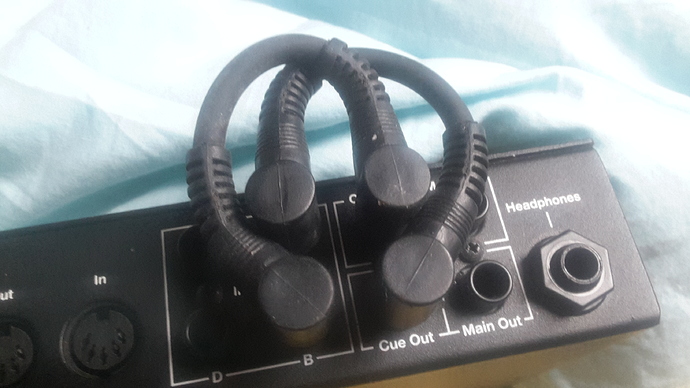 For constant pitch up (1 octave), you can use 2 recorders and plock their recordings on the Flex!

…another story how beautyfully versatile this “old” machine still is…

limit is the sonic sky and ur imagination…literatually.

plays it back delayed by a dotted eighth

Forgot to mention you can also use several trigs, ideally with a different scale like 12/16 IIRC.

I’m going to buy an Octatrack just to try this out. Thanks!

That may be going too far. Ha!

A mixer is interesting for eq, but feedback (over unity) can be handled by AMP VOL, so you don’t need a mixer to try it.

But this does involve menu diving to adjust relative volumes. Another advantage of an external mixer is more immediate control of related parameters that one may want to adjust simultaneously.

For constant pitch up (1 octave), you can use 2 recorders and plock their redordings on the Flex!

can we get some video of this in action, please?!