is part of a counter measure reacting to the sweep that Behringer has recently been conducting.

Seems unlikely, to be honest. This probably has been in the works every since Tats explained to Korg why he wanted to leave his full time position as chief engineer in their Tokyo office and Korg realising they’ll be in a better position to have a much more varied portfolio of products when they spread out product development teams globally.

Setting up shop in Berlin as well (they also already have a team in the USA; that’s where the Wavestate was done mostly, for example) was an excellent opportunity to bring Tats back into the fold, together with access to his undoubtedly excellent network of artists and engineers.

at least everyone earns something from Behringer even if it’s just the way the company’s have to act in the near future to keep their personal user base.

Has anyone heard anything more about this?
Whats Tats been up to these days?

Making videos for red bull with a MASSIVE MS20 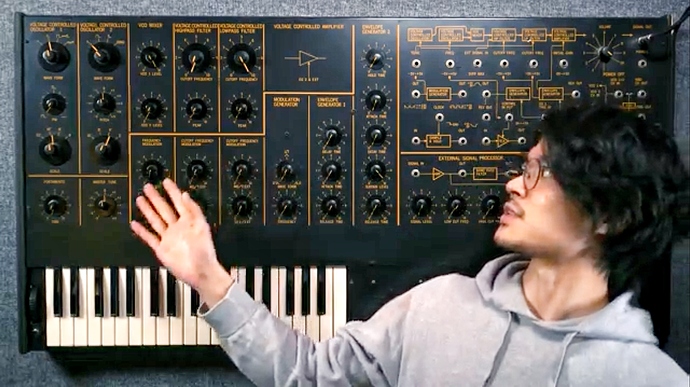 Thanks for the reminder on this, nilsec.

A few things on their web-site:

The official home and job application site of KORG Germany, set up by Tatsuya Takahashi and Maximilian Rest. Based in Berlin.

The big thing, which is nothing too big is this:

Huge thanks to everyone who applied.
Job applications are now closed as of 16th March. We are super chuffed by the amount of interest you have shown in joining our team and will be chewing through the applications in the coming weeks.

They were probably buried in applications – they should have been. Eight weeks since then so they’re probably through the interviews, and made job offers to perhaps half or two-thirds of the people they’ll have in the first year, you need to keep room for some flexibility, because after you’ve got this group of people in place for a month or so, it will be clearer what holes still need to be filled.

So the build on the facility is probably not done – as the Covid-19 thing will interfere with the physical parts of the build. And they’re also probably settling in with a work from home routine, with the new people, quite a few of which are still in process with getting a new homes themselves in Berlin. Budgets were done earlier with Korg Corporate Japan, but they now are being redone, with more detail on salary and project plans being more firm.

I’ve had the feeling 'til now of this as more a skunk works, but i’m not sure that’s correct. I think Takahashi is very serious about this venture of inspiration and leadership, showing vision, but also developing very real and useful products. In his words from the web-site:

Our aim is to build, develop and manufacture instruments that will make a difference during our time here. Those that will help the transition to a new awareness. Those that need to exist. Our instruments will be developed not only by the core team we are building, but also through per project partnerships and collaborations.

Korg corporate must at least have signed on in principle to this, though there has to be some guarded consideration towards this too. It is breaking new turf and so that must bring some reaction too. It’s good that Takahashi has a track-record of real bottom line corporate results, and corporate knows they need to be in the business of innovation.

The work has started on a handful of real projects – and wouldn’t we like to know what they are. I think the earliest we’ll have any hint of that is 2021, unless Takahashi or Rest has already had something in progress on their own.

Aside: I love to look at the tools an electronic shop uses – there’s a nice picture of their web-site of a Keysight Infiniivision 1000 series oscilloscope. (Dave Smith at Sequential is using a Siglent of a similar model.)

BTW: Anyone know what this rackmount stuff is, or would care to speculate? I don’t recognize it. 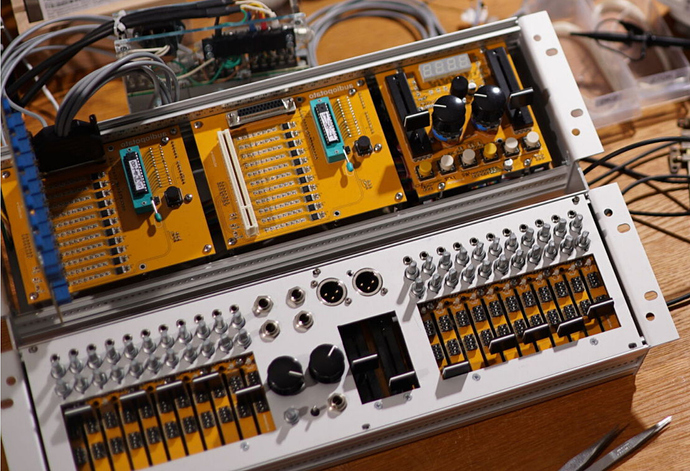 So i found more about these devices. They are homebrewed devices by Tats, that he did a year or more ago. The two parts that look like PROM burners at the top likely are his own homebrewed PROM burners and are labeled with mirror images of the word “audiopotato” which is his instagram handle. ADDED: Perhaps more likely than burners, these are “readers” with the quick release, to make changing these programmed ic faster and easier.

Here is a link to a presentation he gave in Berlin on DJing with circuit boards and mirochips.

This makes me think of the experimental music done by Bebe and Louis Barron in the early 1950’s who used circuits in unique and unpredictable ways, sometimes overloading the circuits until they burned out to create audio sounds.

ADDED: The device at the bottom of the image, is a bank of sliders over top of two pairs of 4 pin dip switches. That may very well be some sort of sequencer as you suggest JamesM.

The Pyjama Cookbook compiled and organized by Tats, brings together stuff like chocolate cookies from Loopop, a pasta dish from Suzanne Ciani, dumplings from Alison Tavel, and drinks by Piotr Raczyński and Dave Smith, along with 25 other consumables. You can find it at the Korg Germany web-site.

i saw this, kinda amazing

(What’s happening at Korg Germany) From the Cookbook:

My name is Tatsuya Takahashi
and I am reading job
applications at home.

So i see that Tats is giving a half hour presentation at the Keys and Frequencies Show today about “Imagining the Future of Music”. It’s in the Korg “Brand Exhibition” part of the show so one might expect some Korg specific information in the presentation.

If nothing else we’ll get a general direction for what the Korg Berlin Group is working on, but let’s hope for some specific information too. (Like a full out product announcement!)

I would be happy with more recipes! I just know Tats has a secret to sending Midi to his pot roast.

If whatever they release has a sequencer, I really hope it has more than 16 steps, and it has the ability to chain patterns. I’ve come to expect these types of imposed limitations in Korg/Tat’s sequencer designs though.

If it’s more for the cookbook, it will probably be more drink recipes.

Also, I do think we need many more synths with integrated sequencers in the future.

and referring to whatever the Germany Korg team ends up eventually producing.

It hopefully won’t be „nothing“…

… for the launch of Korg Berlin.

Which is good, the team, has had time to work — and you’d assume has some tangibles, beside just defining a direction. This sort of thing takes time.

Just realized that I responded with hooray to an old message. Like Mr. Burns when he realizes the 1929 stock crash. 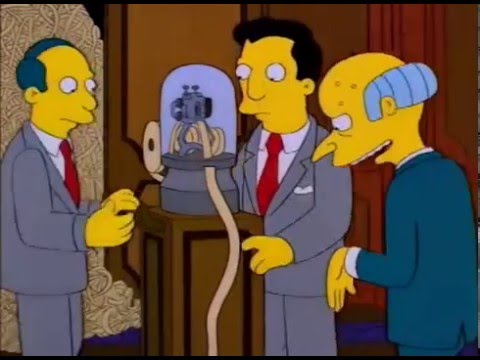 If it’s more for the cookbook, it will probably be more drink recipes.

I’ll drink to that!