What is the upgrade ? Sorry

*Eats hat for all the times I’ve posted there are not going to be MD or MM updates ever.

note that it’s NOT Elektron that did it. you didn’t say it was, I’m just reiterating it.

and I too tip my developer hat to the two devs that did this. would love to hear more and am interested in what else they have planned. and what Elektron thinks.

No: that text is a relic of Elektron’s text describing the updates in the official OS 1.63 firmware, which helped the MD and MM work with the OT.

The new features, as described in the file and the first post in this topic, are improvements to the MD’s SysEx specification “for better integration with attached MIDI devices, such as the MegaCommand” and one MIDI bugfix.

This OS seems like epic work on the part of the devs!

Okay, thank you a lot, it seems to be really nice and user friendly, but it’s really hard to find one those “megacommand” and those are pretty expensive

For those unfamiliar, the MegaCommand is a small, open hardware MIDI controller that provides the MD with modern sequencer capabilities and other great features.

Not familiar with, I still don’t get how the MegaCommand can influence MD’s sequencer.
Is MegaCommand becoming the sequencer?
Is phase still inverted due to midi triggering with the new firmware and / or MegaCommand?

(This phase opposition was problematic for me, triggering sounds with OT and MD sequencer : clicky. Didn’t want to keep MD as a sound processor only, without its sequencer) 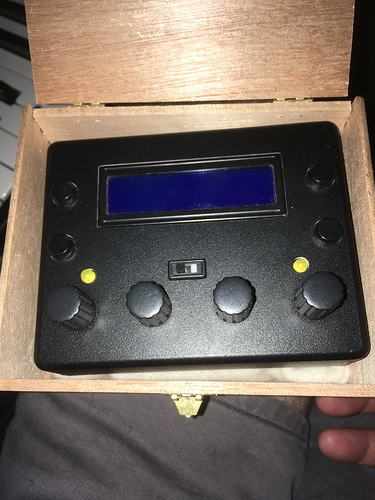 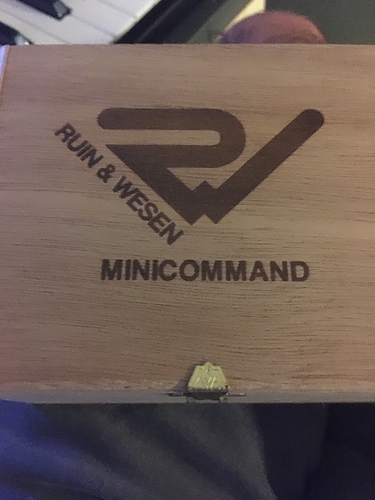 Will this still work?

I have a Machinedrum UW no +drive

can I upload relevant firmware to both devices?

This is mind-blowing but being risk adverse kind of nervous trying it.

Excited to get this implemented with my Megacommand!

Out of interest, what issue does inverted phase cause? Is it just if you are sequencing some samples on the MD itself (so they are not inverted) and some externally? Or can the ear detect the inverted phase or something?

The phase shift is an issue, yes. Cause most other devices has correct phase. Phase can be a problem in many cases. For example if you are making kick and bass for trance style music, the phase of each of them are essential to make the kick and bass flow correctly. But yeah since its legacy I guess I should not get my hopes up. Atm they seem to be focused on these lower budget machines. Maybe a new version will arrive in same format as Models:sample or the Digitakt/Digitone. But I guess only…

I’m guessing it has something to do with the velocity -> volume code that they implemented. somewhere along the way the signal got switched.

Interesting. I wasn’t aware that you could “hear” phase, learn something new everything day!

that you could “hear” phase

You can’t hear phase reversal when you listen to a single channel.

But when you mix two channels, and you reverse phase on one of those, they can cancel (or strengthen) each other which you can most certainly hear.

Sure, it sounds like the issue being discussed here though is that the phase is incorrect when the MD is triggered by MIDI and this is somehow audible on its own? Or maybe I’ve totally misunderstood

Was that the MD E-FM kick or my cranium? I’ll let you decide.

So in english, will this be useful for anyone with a Machinedrum right now, or is this mainly for MegaCommand users?

I asked a similar question earlier… Is my minicommand a MEGACOMMAND? if not how can I make it a megacommand?

Looks like it’s just for Megacommand users. I would loved an official update from elektron that made the midi sequencing on the MD be just like the Monomachine or octatrack. I don’t like having to select midi ch1 for all 16 steps to place a note on them. Long winded and archaic.