Machinedrum and Multi-tracking in Ableton

I would agree with those who suggested a cheaper interface with more ins. If you have an optical in, you could also look for a multi-channel mic pre with digital outs. When I do track the

, I use the individual outs every time. Every time I’m happy I have the luxury. May be the singular thing I don’t like about

There is definitely a place in the market for an affordable 8-input interface WITHOUT mic preamps, just balanced line inputs.

this is why I never upgraded from my MOTU 328 mk III.

8 x 8 analog and plenty of digital I/Os and a dedicated card which makes it rock solid. Yeah, it’s more than 10 years old I think, but it does the job for this sort of thing quite well.

I dig the username and avatar !

Personally I have tried a lot of possible routing options - everything in between single stereo out to multiple outs.
Mixing everything on the MD is great, fun and rewarding but it’s also limiting wrt external FX, DAW manipulation etc. Recording individual tracks after a good pattern started killing the mojo pretty quickly. Routing to individual outs was a lot of flexibility but I never got fully satisfied - I missed the tweak-ability of the on-board FX and got into more than one impasse with the loads of options offered by EQ and FX in the box or through pedals etc.

My sweet spot became the following: first four tracks routed to C, everything else to stereo mains. Last four tracks are mostly machines to control the on-board FX - but sometimes also INP machines and occasionally MIDI.
The first four tracks are “special” - in the sense that they cover a very specific set of frequencies, typically kicks, toms and SIN machines, which I then process in real time with outboard pedals or in the DAW. The next 8 tracks are the bread and butter. Forcing myself to sequence EQ and FX in the last four tracks changed completely my sound and workflow. Their “spare” LFOs are often abused to mess around with the “sound” tracks. Having only two things to gain stage is nice, btw. Muting “groups” (the first four tracks or the next 8) with 2 MIDI buttons is cool too. Two external instrument devices in Ableton bring everything back in the box for mixing and further processing. Weird pedals in between add my personal touch and a bit of “modular” feel.

In a nutshell it really helped me to keep it simple and “limited” - still without giving up anything really - instead of chasing the chimera of ultimate flexibility which in my case always turns into wasting hours setting up things “right” and forgetting which cable does what or which track in Live has a filter still cranked up. Your mileage may vary, of course, as always.

FWIW I haven’t had any troubles with tempo synch - but I use an ERM Multiclock driven by Live for everything with some latency fine-tuning depending on the gear, so I cannot really speak for other cases.

My sweet spot became the following: first four tracks routed to C, everything else to stereo mains. Last four tracks are mostly machines to control the on-board FX - but sometimes also INP machines and occasionally MIDI.

that’s a great compromise/innovation. you clearly reached a level of relationship with the machine that helped to define the right workflow.

I decided to go with the consensus here and buy an audio interface with four inputs. Now I’ve got the bass and snare routed to outputs C and D, with everything else going to the main stereo outs. So much better! I definitely see the benefit in mixing this way.

That said, the one thing I’ve noticed is that the bass and snare tracks are suddenly unaffected by the reverb I have on them. I’m sure this is just another tweak in the global menu, but I didn’t see anything, and nothing leapt out at me in the manual either. Sorry for what’s probably a really basic question.

That said, the one thing I’ve noticed is that the bass and snare tracks are suddenly unaffected by the reverb I have on them.

If you route a track to an individual output, it cannot be sent to the master effects. See page 13 of the manual.

This gives you the opportunity to use the effects in your DAW on those sounds, or even to subsequently route the sounds out to the MD’s audio inputs if you really want to use the MD’s effects in post production.

ADA8200 for your 8in/out needs. you’d need to pay many times more to get better converters and most of the times you’re paying for better preamps which you don’t need in this case.

Gotcha. Thanks for that. I’ll look in to routing, since I like the “glue” you get from the master effects, though in the meantime I’ve been able to get a pretty nice reverb on the snare within Ableton.

That said, the one thing I’ve noticed is that the bass and snare tracks are suddenly unaffected by the reverb I have on them. I’m sure this is just another tweak in the global menu, but I didn’t see anything, and nothing leapt out at me in the manual either. Sorry for what’s probably a really basic question.

Typically you’d setup reverbs as an aux send in analog or digital boxes/daw, which would allow you to have a coherent reverb for your entire project. Things really sound weird when you mix different types of reverb. So if you plan on expanding your tracks in ableton you’re better off recording them all dry and using ableton’s own reverb or a 3rd party one.

You have a good point there. I just use reverb a lot, to the point that it shapes key sounds in my mix. I suppose I could use it as I normally would within the MD, and turn it all the way down before bouncing in to Ableton/recreating the effect there.

PS: in case it’s helpful for anyone else in the future, the interface I bought was the Behringer U-phoria UMC404HD. Four inputs, and I was able to snag it on sale at Amazon for $80. They also make an 8 input version for about $300, if you want to be more granular.

What I sometimes do is just jam out first to loosen everything up, then with the sequencer still running (no way in HELL am I clocking FROM the DAW!), I start to live-jam muted sections one after another. That way, what I have in the DAW afterwards is a mix of live mixed jams and then the individual parts. I can just cut out the loops I want and then rearrange however I’d like later.

I don’t bother with sync…set the tempos the same and then just line up the downbeat, do not trust clock from your DAW.

i don’t know what Sound card you have, but maybe it is possible to split both stereo inputs to 4 mono inputs. my PCI Card offers this ability within DAW environment. all i need is two Y adapters (2x female mono/1x male stereo). if your sound cart interface supports this, then you have 4 Mono in’s. 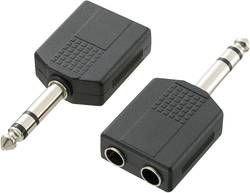 I bought a midas venice for my MD.
multitrack gives me more sound design ability for each element. More headroom to saturate and fx send. I can get more saturation/clincal or both “mix” before the mixer.

Try something, doesnt metter what instrument, on your audio interface or your mixer. Put the fader low and trim/crank pre amp gain. Sometime it makes magic with the Md elements

Totally! I’ve been experimenting with the level ratios between my interface/DAW/MD and have been surprised at how much difference it makes. Fun stuff.

Also, it might amuse some people to know that I’ve already returned the Behringer and bought a used Focusrite with 8 ins. Due to the way compressors and reverb work, I decided it only made sense to either run everything through the stereo outs, or individually route each sound. Having just the snare and bass treated in Ableton while the rest used Elektron’s master FX ultimately felt weird. I’ll probably employ both methods, depending on the track, but nothing “in between”.

Last question - a few posts have suggested using outputs C, D, E, and F for individual sounds, and then the main stereo outs for either hi hats or “whatever’s left over”. However I’ve been skipping the stereo thing altogether, and just routing tracks to A and B the same as the other outputs. Usually something like bass drum on A, snare on B, hi hat one on C, hi hate two on D, and sound effects on E. Is this not recommended for any reason? It sounds fine to me, though I’m wondering if it’s better to use A and B as stereo for some reason or another.

Btw, I connected md outputs to six seperate guitar and bass amps, it’s WoW!
The MD is a classic!

What? Yes!
Your awesome…

wondering if it’s better to use A and B as stereo for some reason or another.

the perennial reason is the one you mention — because you actively want to process some of the sounds with the MD’s internal fx. if they don’t do it for you, no problem to bypass them.

I remember Jomox Xbase 09 in a bass amp, with a good compressor between. WowoW.