Fascinating inside scoop on being a full-time Synth YouTuber 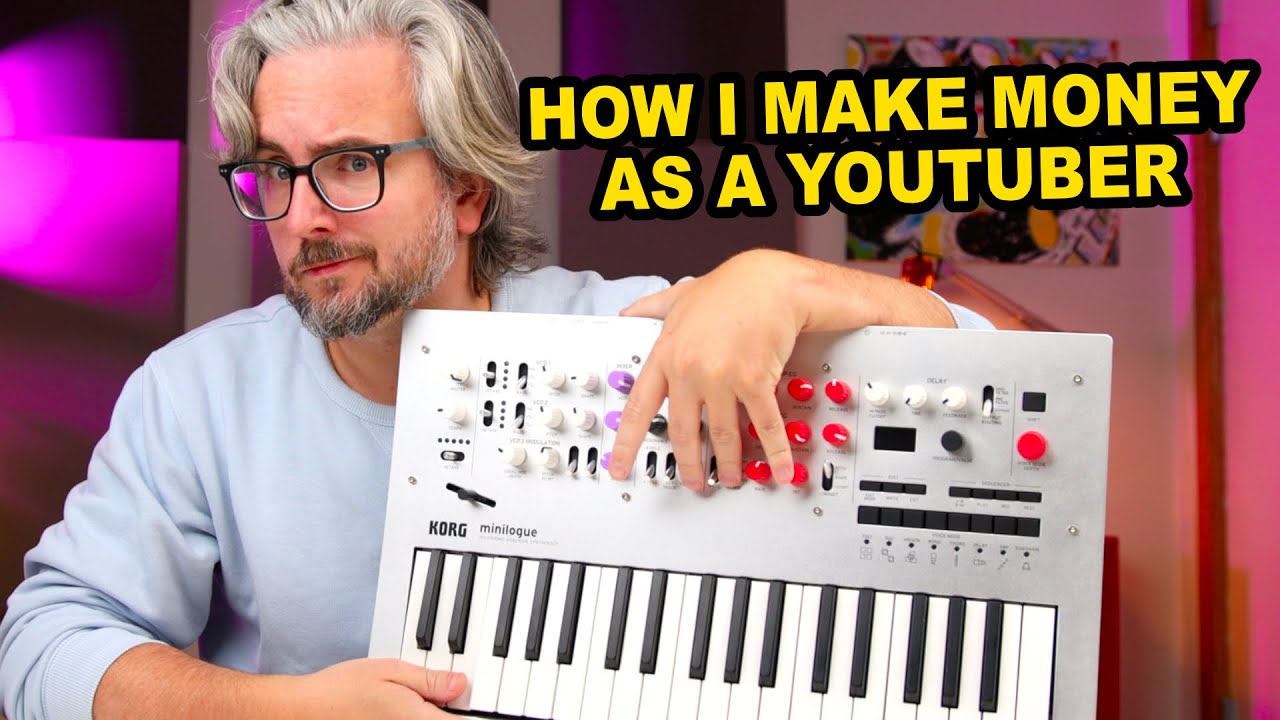 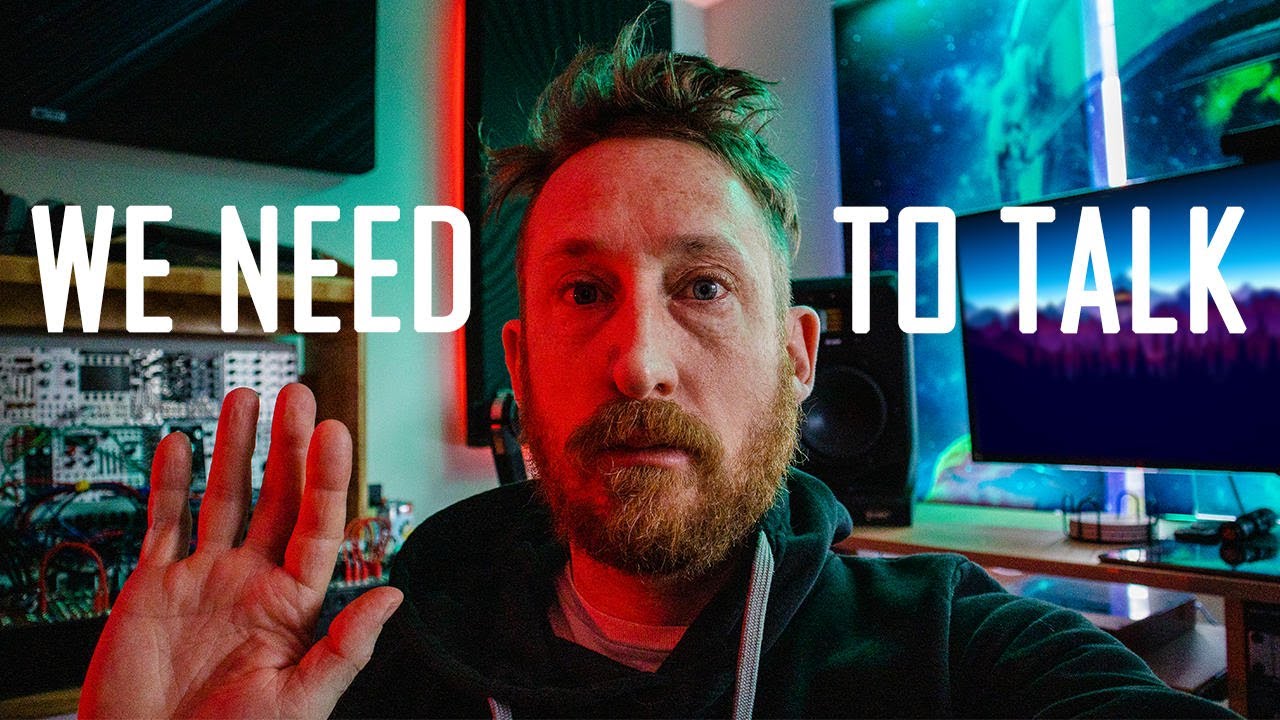 Red Means Recording throws down the gauntlet and tells the music brands, what he expects from them to make a video. He also talks to other content creators here, about how the business works, and what is fair — and discusses that in the context of cooperative rule setting, in sort of a “union” approach of cooperation to improve things. There is also a part of this video you can watch as a member of the “consuming community” — after all none of the rest of this would happen without “us” watching these videos and buying the products.

I like the way Jeremy Blake lifts the fourth wall in this video.
Just so you know it is 18 minutes long.

There is also an article in SynthAnatomy that covers some of the same territory. YouTuber Red Means Recording talks about music tech brands, free gear, and the value of a creator and its content in a new video.

Interesting to consider. In what ways are forums like Elektronauts part of this ?

Ain’t coal mining, is it…

Pretty much why I stopped watching at 5 mins.
Get a really shitty job. Then complain about it. Except he wont, because he’ll get paid. Thats why they call it work, thats why its called a job.

I got to 4 minutes; clearly it’s a very hard life being a synfluencer. But I’m not a manufacturer or synfluencer so, as stated by the maker, it wasn’t for me. Nice pad, deck and garden though.

This video seems like it would have been better as a private conversation between Jeremy and Korg (or Roland, Elektron, whatever) before he agreed to record a video in exchange for a drum machine.

I really appreciate some synth demos where there’s no talking, but perhaps explaining what the user is doing, and or opinions, with subtitles and the sonic proof. (Sonic Proof, sounds like quite a bold project name )

I think there is kind of the hard truth that if they are paying proper videographer and musician bucks they may as well just hire people in to do it in house. Now someone might hire him as part of a job like that but I don’t think many synth companies would want pay big bucks to hire someone to make something on their own personal channel to grow their own personal brand. Maybe pay a few youtubers at a reduced rate, but I doubt many companies would put more money into outsourcing videos to youtubers than making videos in house.

End of the day if you aren’t making enough as a youtuber I am not sure really how much you can expect to get from paid sponsored videos in such a small niche, if he needs money he should probably go get some actual videographer gigs and continue to do whatever he wants on youtube.

What I don’t quite understand is why one of the more successful YouTubers just start buying the stuff themselves so they can say whatever they want? They might not get it early, but they’ll get the views.

I’m inclined to believe that its sincere given how…off…his modern branding is. Feels a little too off the cuff to just be some manipulative marketing tactic.

As far as the complaint about PayPal- i mean, I get it, who doesn’t hate paying taxes(especially when you’ve already paid them), but that drum machine IS your core income. So…its not double tax, but initial tax- I’m a little bit unsympathetic of that plight.

Wait a minute…didn’t that guy say that elektronauts is toxic?! Scratch what I said, he’s a dumdum and a jerk

Wait a minute…didn’t that guy say that elektronauts is toxic?!

This thread is maybe proving his point a bit

Capitalism sucks. Make robots do the work and share the spoils while we make music. Free octatracks for everyone!

Peak synthtube, I expect to see similar videos from all the others in the next few weeks.

I could write a bunch of stuff about it, but honestly I don’t give a crap about it, I do think some of these synth YouTubers are a bit egotistical and self entitled, and over estimate their importance and influence.

I don’t know…I kinda get his point…

I think synthtubers and brands might be talking past each other.

The brand probably only sees follower counts and views. The synthtuber is looking at the amount of effort is required(learning the instrument, composing with the instrument, filming, producing both)

If I wanted to be really catty, I’d ask why he’s making deals with companies for reviews when he’s on an anti gear bent, but thats just where he found himself

They feed off each other, there is no shortage of either gear companies or synthtubers, RMR followers make up a tiny portion of the synth market, and of those the percentage that actually buy a synth featured in a video directly and solely because they saw it in a RMR video is probably a very small number. Or to put it another way, if he closed up shop tomorrow it would have no impact at all on synth sales.

As far as the complaint about PayPal- i mean, I get it, who doesn’t hate paying taxes(especially when you’ve already paid them), but that drum machine IS your core income. So…its not double tax, but initial tax- I’m a little bit unsympathetic of that plight.

Yeah, income is usually taxed. He admitted that it was his income right before the PayPal thing.

Let’s say Arturia asked me to do a demo and said they would give me a synthesizer in return — I think it would be really shitty if I were to agree, then do it, and then complain to tens of thousands of people on the internet that Arturia only paid me a synthesizer and I had to pay taxes when I sold it — in this fictitious scenario I wouldn’t be surprised if Arturia told me to fuck off and the tens of thousands of people on the internet made fun of me.

I have the feeling that RMR is an artist (you like or not), not a business man
so he must be in a weird place trying to handle the business side of his Youtube channel.

There are a few facts:

I guess he doesn’t want to do all the above.
Perhaps he finds 1&2 to be a pain for his audience and do not bring much $.
I couldn’t find any information about that but if I were Youtube,
I would recommend videos with ads turned on before promoting videos with ads turned off.
so… by turning ads off, he may not only be losing a few bucks from the ads but also views (and therefore new subscribers) so way much more than just the revenue from the ads.

I wouldn’t mind 1~5 if it helps him get more bucks.
I do think YouTube ads pay really nothing though so he could make a rant about Youtube too.

some RMR quotes in the comments from this video:

I have to say that this comment was a surprise because for me, it is a gear channel.
He doesn’t have that much videos that are not about showing off a piece of gear.
He had the “so you want to create a sound” series and he has a few in depth tutorial about some piece of gear or about modular but most of the time, he shows a piece of gear, creates music with it and done (and that’s why I don’t watch many of them tbh because I know the formula and the end result and even though I think he creates really great tracks, it’s not exactly my cup of tea).
I don’t see Heinbach, Benn Jordan as gear channel but Bobeats, RMR, Loopop, pretty much… Ricky Tinez is a bit in between, I don’t know, this guy is like ASMR done right.

Well, that’s an interesting point of view.
His patreon has 752 subscribers. The minimum is $2 so he earns at least $1500 but I guess there’s a 15% or 30% cut but as there are other tiers, all in all, it must be around $1500-$2000 per month.
If he had no subscribers who the fuck would subscribe to his patreon really? I’m not saying he is earning enough but saying that views and subscriptions do nothing for him feels wrong. He doesn’t know how to monetize them properly, that’s for sure but that’s a him problem, not a Youtube problem, not a brand problem.

RMR:"I don’t fucking care. Yeah I know my videos are down. I am very aware. But people still want me to hock their shit. I’m not Andrew Huang either. I don’t have a team of people working for me, securing deals, managing my shit and editing for me.
I am painfully aware of everything wrong with my channel. I will still be charging for videos that hock people’s shit. If they don’t want to pay what I ask, guess what: who cares?
I think you may have missed the part of the video where I said there are things worth making content about that are infinitely more interesting than gear."

Well, I think and of course, I could be wrong but he should def start to do more of the “there are things worth making content about that are infinitely more interesting than gear.” because if he were in this situation (owned content:90%, gear stuffs:10%), his rant would make much more sense imho. Let’s say brands take his word for it and don’t send him gear anymore. 90% of what he is creating disappear. I don’t know, perhaps he already has enough leverage to do this video without too much consequences though but it would be nice if he could develop some new contents.
“my 10 top favorites artists of all time”
“mix tips”
“history of electronic music”
“meet the artist”
“meet the makers”
“my 10 top artists of the month”
which are stuffs that if I were to create, nobody would fucking care but he has 414k subscribers so this would certainly be of interest for his subscribers but well, might be way more work than just reviewing gear huh but as I said, a 90% owned contents, 10% gear review content would place him in a really good place to ask a good amount of cash for his reviews and could help with his views going down too.

but my sense for business is minus infinity so he should certainly do the opposite of everything I said. He is in a very good place then!!

YouTubers are a bit egotistical and self entitled, and over estimate their importance and influence.

If they want to invent a ‘job’ for them selves, and are now complaining it doesnt pay well, that’s no ones problem but theirs. Their business plan… was a shit plan.

What is ““likely unionizing”” supposed to mean?
Don’t expect to have the balance of power if you don’t unionize.
Unionize already.