I guess the Osmose is more mechanical, regarding how’s the Touché is made.

Each key can have its own velocity curve
Each key can sense left/right pressure and forward (pushing) pressure.

And it’s very square
And they’ve made stuff up to claim a patent that in reality isn’t so special ?
And it’s very expensive.
And they’ve given them to well know musicians / influences in exchange for positive comments.

And I’m very skeptical/cynical at this time of day.
And it’s probably very good.

This thing is going to cost big £££s!

I agree, especially if Osmose comes with built-in synth engines like the current generation of Continuums.

Both Haken Audio and Expressive E seem to be the type of company to use high quality parts/components, no cost cutting with particle board, plastic, etc.

Both Haken Audio and Expressive E …

Material costs are one thing – hopefully Expressive E can improve on the large manufacturing labor costs that the Haken products have. The ROLI Rise 49 is $1200 so that’s one reference point to compare.

Good to bring up the Touchkeys, OverUnity. Andrew McPherson has done so much interesting other work too that’s been a little bit forgotten.

So what’s the stuff over on the left hand side, where the expression wheels would go? The image is really grainy so it’s hard to tell. Hopefully it’s something special and nice to use. 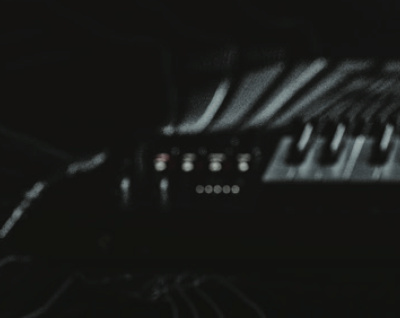 Material costs are one thing – hopefully Expressive E can improve on the large manufacturing labor costs that the Haken products have. The ROLI Rise 49 is $1200 so that’s one reference point to compare.

ROLI used to make a Seaboard with built-in synth engine for standalone operation. That was priced more in the $2000 range. Thus the new Expressive E-Haken instrument would be closer to that range, unless they have a partnership with the likes of Medeli (semi-secret parent of ASM) to reduce manufacturing costs.

Either way, I would hope nobody is expecting Arturia Micro pricing.

Nothing new here yet? This one’s caught my interest. 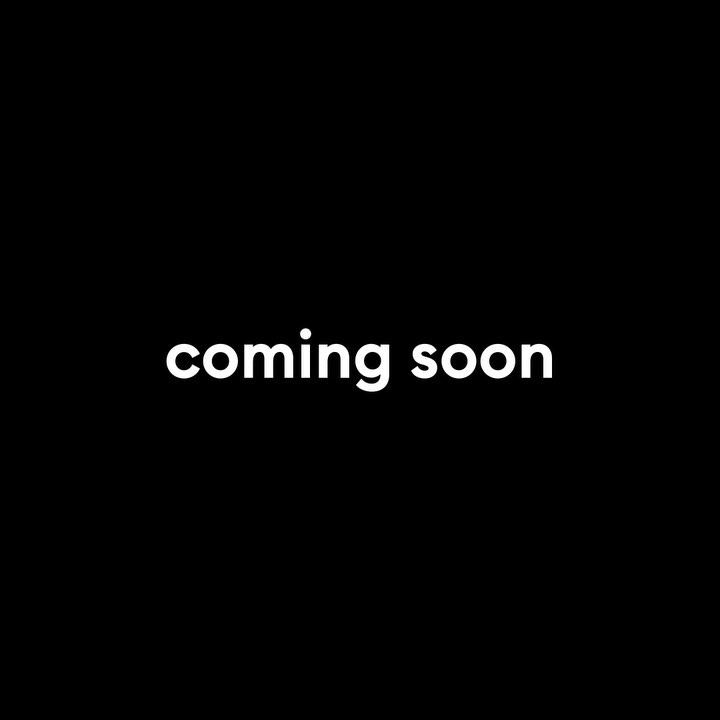 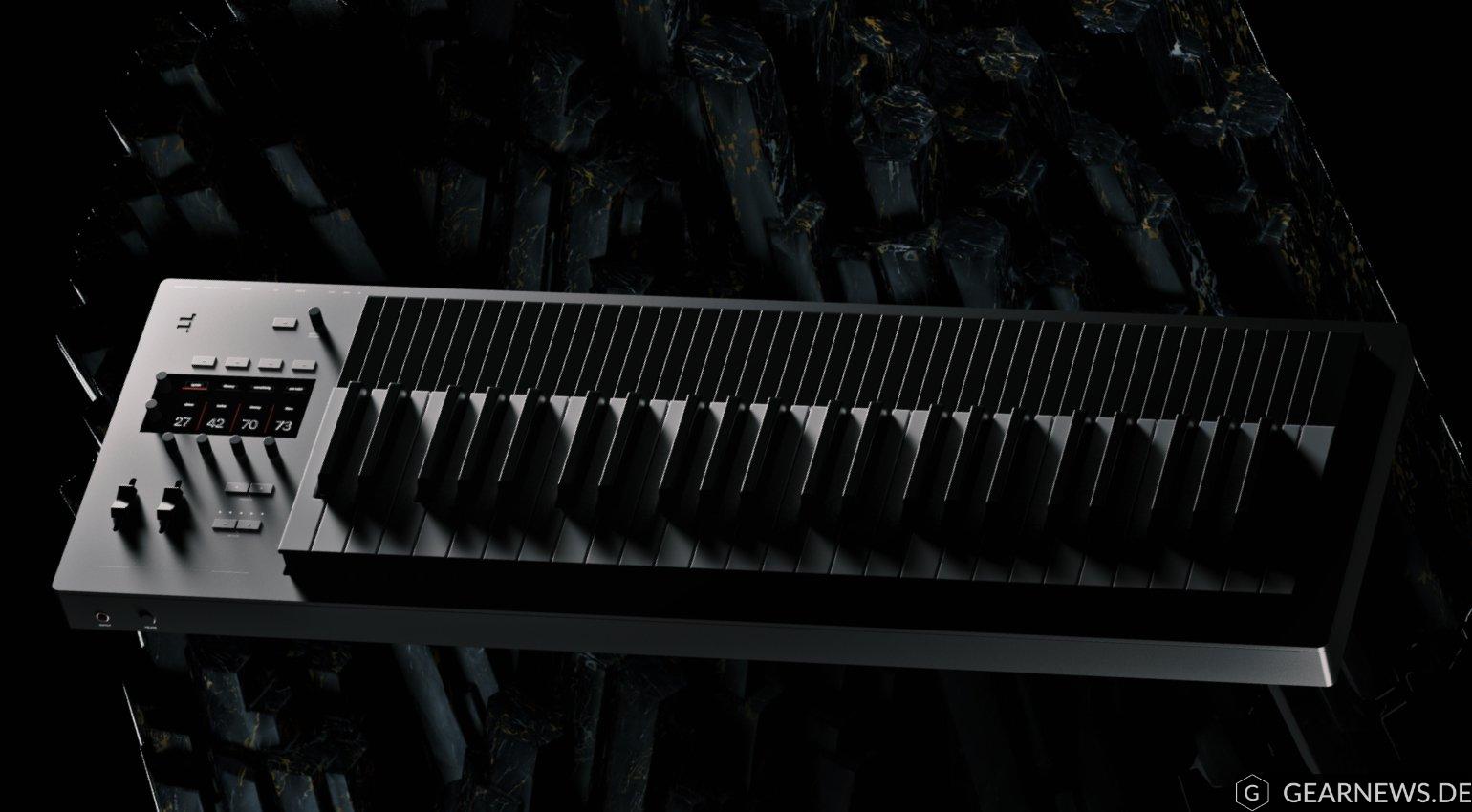 First full picture of that thing I’ve found so far.

people preordering will get a 40% discount.

Large discount on a price less than i might have thought at first. 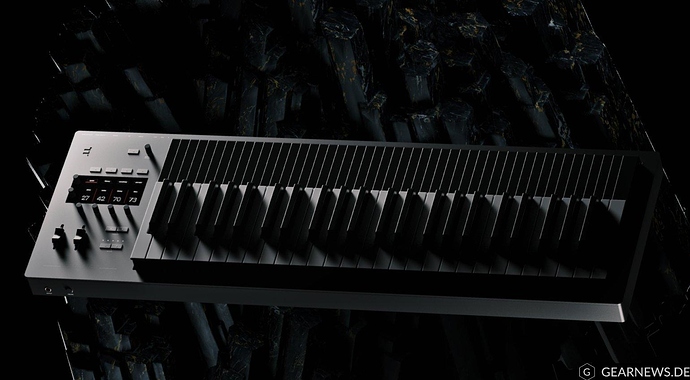 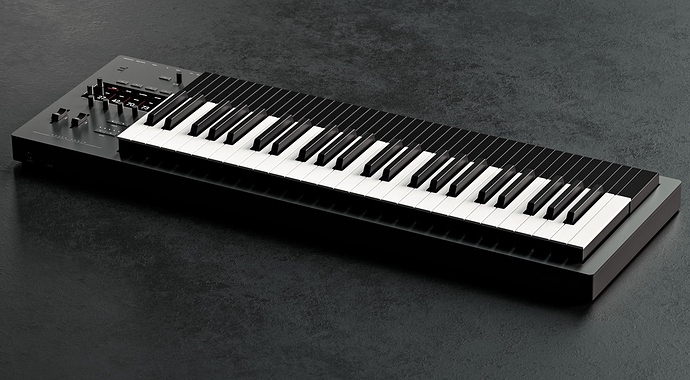 Looks really great-- tempted! I won’t preorder as that’s quite a wait and I would prefer to see reviews of build quality, feel and bugs first. It’s quite a generous preorder offer though.

Various people playing the Osmose and giving their reactions.

Seems to be a very fluid, natural sort of interface, with regular keyboard players picking up the new features quickly.

ADDED: The controls provided to the left of the keyboard, include two sliders, likely there to be used like the mod-wheels, and an LED screen (color?) matrix like control with four pots or encoders and four buttons, and two pots or encoders to the left of the display, likely to select rows for the matrix (my guess). These seem like a good set of controls, but less than quite a few other synth keyboards with one-to-one type controls. But there is so much control in the keys themselves, that more than makes the difference.

Since it’s a digital synth currently running the EaganMatrix sound-engine, i wonder if Expressive E might have additional sound-engines for it someday?

Instant pre-order for me at the discounted price. Hopefully no issues arrive as they move to mass production. It looks fantastic.

Since it’s a digital synth currently running the EaganMatrix sound-engine, i wonder if Expressive E might have additional sound-engines for it someday?

You can use it as a MIDI keyboard for any MPE enabled softsynth. Not sure if there is any incentive for them to add more synth engines directly in the box?

Not sure if there is any incentive for them to add more synth engines directly in the box?

They could charge for it. There certainly will be more EaganMatrix presets, that engine is very customizable.

I agree with you this is an Instant pre-order – seems like a few people may be agreeing, the Expressive E web-site is pretty bogged down.

Took me nearly an hour of slow loading and refreshing, but my reservation order went through finally A British start-up whose hi-tech musical instruments are used by artists including Stevie Wonder and the composer Hans Zimmer is facing a cash crunch as it struggles to repay millions in debt.

This might deserve it’s own thread, but I hope ROLI is able to have strong holiday sales. We need more competition and innovation in this space. No single product will rule them all.

Hmmm… can’t decide on this one whether I think its amazing or meh!

It sure looks great though. Lovely design.