Hello ,
I did that and I would like your opinion (even negative)

Without the drum track I can’t really give an opinion.
Unless the drumless/ambient/droning vibe is what you’re aiming for.
To me, it sounds like an intro track to an album. Or even used as backing sound to advertise yourself as an artist.
Also the beach video with glitchy effects and pinkish colors doesn’t fit the sound for me.

edit: overall I like the dark tone it has.

thank you for listening, and for your criticism

and thanks for the edit

I liked both track and video…nice work !

Also the beach video with glitchy effects and pinkish colors doesn’t fit the sound for me.

I have to back up this sentiment as well. The visuals seemed whimsical and psychedelic, while the audio struck me as a sentiment of desperation.

Cool ideas here, though. Audio feels as though it only wants a few people to enjoy it rather than being welcomed by everyone- something I can appreciate.

The video had a few good ideas as well, but towards the end of the video it felt like you ran out of tricks and it felt repetitive- at the very least it didn’t feel like it reached its logical climax.

There was a lot of potential in the presentation, though!

Ummm I rarely comment on other peoples music but I wanted to say that in my opinion there are two types of elektronic music. First type is a product that will be consumed. This first type has to follow some rules and be easily identifiable (genre). Second type (my type) is electronic music that expresses some hidden feelings or emotion or unseen reality and is unapologetic about not being a product. Its music that doesn’t give a … (see Mika Vainio)
I think your music was kind of in the middle. That’s my opinion.

without knowing me you have just describe me in a few words, too much or not enough … thank you for sharing your feeling, it’s not necessarily a very pleasant statement but at least it is a sensible and useful opinion!
thanks!

thanks for your feedback !
I agree with your observations.
to be totally clear, the music is more important for me, I make small illustrative videos with my phone, so I don(t necessarily make a lot of effort, I just try not to be too boring ( to my taste… ) but it’s more a visual complement without pretense than a real artwork.
so yes I’m a little lazy on the end

I appreciate your remark about the opposition between images and my music for few people ( something that I can appreciate too, even if a little bit less could be appreciated

I can dig that.

As far as as the video goes, I don’t really pay much attention to it- it’s just something i absently noticed as the track ended. Throughout the video you’ve got various effects and textures- if it were me, I’d probably want a visual climax to help things steer toward a sense of completion. A simple thing I’d probably do is have a second(or third) video at hand, late that and turn the opacity down on the supplementary videos and layer them on top that way you’ve still got your scenery but you can introduce texture elements into the mix- gives it a nice chaotic element.

Not meaning to sound like I’m giving advice, just wanting to brainstorm some simple ideas.

I think there’s even an iPhone app to really mess up video as well, I think it’s called glitch. It’s fairly popular with the kids these days, but as long as you can communicate the vibes you’re aiming to that’s all that matters.

Really like that. I’m ok it feels ‘unresolved’. It has tension.

The 2nd part is begging for a scattering of percussion or something maybe. Or maybe not.

Thank you for listening !
“unresolved” is quite adequate

I don’tt know if all this is a beginning or an end, the future will tell
do not hesitate to download all, it’s free and there is a little techno jam bonus 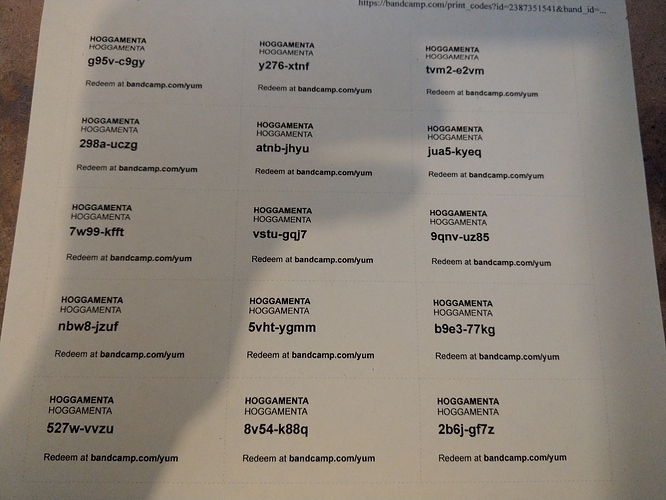 hi ! I made some tracks for holidays