I thought it might be fun to share an ORCA patch here as I use it specifically to control and mess around with the MC in different ways. The patch is a simple 32 step tracker so it’s an alternative approach to working with and alongside the Cycles as is. I’ve added only a couple of cc control functions that can be explored further. It’s also possible to specify individual track lengths. I’ve explained some of that in the info.txt file so you can adapt it how you want. CC control is limited in an unusual way in ORCA but that can force you to be creative

It’s easy to randomise things and to start getting results in alternative ways to plocking and turning knobs. It doesn’t really matter if you’ve never tried ORCA before or if you find the interface intimidating. I’m not the greatest at explaining things so please also check info links on the info.txt.

I’ve found it to be a lot of fun to add data in the tracker to see how it can interact with pre existing patterns or to experiment with controlling other devices in other ways. Sorry no video - I’m just not a video type person. Have fun! 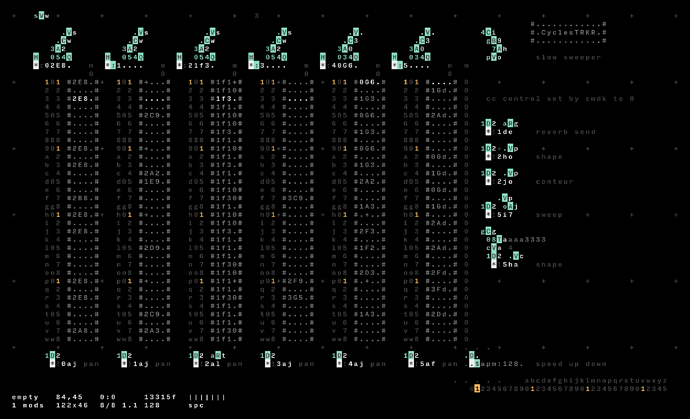 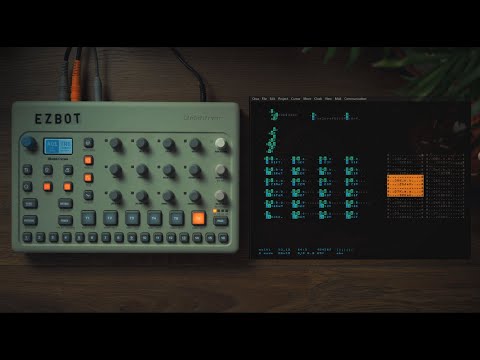 This is madness - I love it. I have been meaning to hook up the M:C to my laptop for some ORCA fun. I’m definitely going to give this a go soon. Thanks for sharing!

This is really good!

cant wait to try it out

@kowski thanks for sharing my video! I like your adaptation of Devine’s tracker @jasl that is very neat!

This is the man mpiecora
I want to try MC with Polyend Tracker in the context of machines sequencing or patterns changing.

Haha, yeah! Waiting for my shipment notification… gimme dat tracka! That is a good idea to pair them, you could use the tracker’s song mode - like using a Deluge.

@kowski + @mpiecora - I really like the track in the vid! (and thanks for the feedback

)
It’s great to see some enthusiasm for using ORCA with the MC.
I’ve also been following info on the Polyend Tracker as I really like the look of it and how it works though I can’t justify buying it. Yet… but that obviously inspired me to find out how to do something like it with ORCA and the Cycles.

The main issue I am having though is syncing - I don’t know if it’s a setting on the MC or something in ORCA. I want to be able to start the sequence in either and have them synced because it’s nice to listen to note stealing and other glitchy stuff when the Cycles can’t process all the information going into it when it already has a pattern loaded on the actual unit.

Lot’s of experimenting and fun to be had. I’ll upload a few other patches to patchstorage soon too but for now here’s a link for those who want to poke around for other stuff already there. https://patchstorage.com/platform/orca/

thanks! I didn’t realise it’s possible to run multiple instances. Do you know if they can run in sync with each other? I have been searching for info on forums but haven’t found anything more about this so maybe I am looking in the wrong places…
What I mean by accessing 3 of them … With cc64 you can automate a switch of machines on a single track (so from Kick to Chord) but after reading your post it confirms this is because the value numbers for all six machines are out of range when using only one instance of ORCA.
Thanks for the discord link - I’ll jump in later

Here’s another patch for the first 3 tracks of the MC. It pushes random major notes over a 4 octave range and gives equal random bursts of reverb send on each track. It can be really nice with tone machines on each - tweak and pan them however you prefer and just let it run at a low bpm for something a bit more meditative. If you’re feeling crazy just push it all, change the machines around and speed up the bpm. It can be pure insanity using drum sounds. 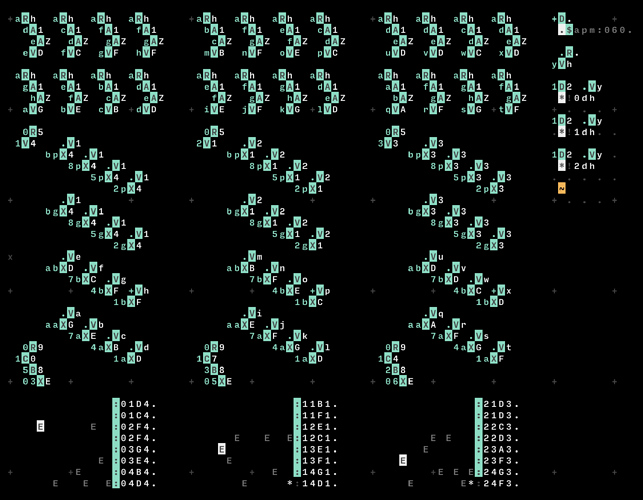