I don’t dare feed anyone the blue pill to go down my personal guitar rabbit hole, so I’ll cu to the chase: a Parker Fly Bronze Cedar (there are 6 in the world).

I have a Parker Nitefly SSS in the basement. Nothing wrong with it - I just play my Eric Johnson Thinline Strat, Tele and D’Angelico a lot more. The stock pickups on this Nitefly are not a good match imo. I believe they are DiMarzio Blue Velvets, which are meant for Strats/Strat copies made of traditional materials, not a Nitefly with its composite neck and stainless steel frets - a guitar built to sound bright and focused. I’ll eventually get more midrange-heavy pickups to compensate for the brightness and have a pro fix the wack job I did on the tremelo unit. It arrived with the trem decked and I think I messed something up when I made the adjustments to make it floating. The electronics also need work - scratchy pots and maybe something else.

The Parker has the most comfortable neck. The Tele isn’t far behind. I prefer it for more energetic strumming and funky rhythm. I prefer the D’Angelico for chord-melody fingerstyle stuff.

That’s my thing with the Iridium: I look at all the demos, and no matter how cool it seems, I can only envision it as a glorified computer.

I get that, but I will go ahead and say that (to my ear), the Iridium’s oscillators very handily destroy the SQ out of the oscillators of any of my favorite VST’s. Especially in the wavetable department. (Of course, Zebra 3 is due out sometime in the next year or two, so maybe waiting until then could be wise, if you’re ok with involving a computer.)

That said, as someone who was gigging before COVID struck, I do rather appreciate not having to worry about CPU overhead in a live context, and even Zebra 2.9 HZ can start bogging the system down at 2048 samples (latency on my interface isn’t bad), if you start encroaching on 50% of the modulation overhead it affords you. Conversely, I’ve had no issues with freezes or lockups while running 2 pretty filled out mod-matrices.

Lastly, factoring in the fact that I’ve begun running reactive visuals alongside, I really don’t see how feasible it would be to incorporate audio generation on the same computer, and the idea of running two separate laptops is a bit unnerving.

Someone turned on the gas again

Second that, looking for one now

Yes, I do get the point about sound quality from the demos, and also your point about live gigging where a dedicated box is far less risky than even the best computer. But I mostly mean the playing experience, wiggling it in real time aside from keyboarding patches you’ve already created. I don’t mean how amenable and fertile it is for creating patches, but how much that process itself can be like a performance, like a full-spectrum modular rig. I suck at sound design, only ever tweaking what those who do that much better than me come up with. I’d buy the desktop unit to play the knobs and the touchscreen, but only if it’s fluid and a trip every time to do that. I’m not interested in the keyboard unit because, as someone pointed out somewhere, leaning over the thing to play the controls isn’t appealing at all. I’d sit the desktop unit on my lap and play it, if it’s good for that.

Actually, I would have much trouble to get some track done with the Moog One or the Prophet 5 alone, whereas I did 30 minutes of a live PA with the Volca Sample then the Digitone alone.
Between the OB-6 I own and the Digitone, my choice would be easy: OB-6 would go, and this decision would take me less than a second.
I love playing with the OB-6, but the Digitone bring me to tracks. And I’m more into FM, lately, anyway ^^

That said, the sequencer and the voice sharing are perfectly designed in DN. And with filters on top of FM, you can reach analog-like tones as much as alien ones.
Not as smooth as OB-6, but definitely a high-quality polysynth.

Another pretty brilliant 4 voicer would be the Moog Model 15 App, that said I don’t really know if 4 voice synths are what I think of when some one says best poly. But anyone with a newer ipad should take a look, it sounds really dang good and gives you some modular freedom with your programming.

if you were offered lets say a Moog One or Prophet 5 or Digitone for free. Would you really pick the Digitone.

I mean… I can listen to tons of demos of all three for free on the internet. and I can realistically afford (although it wouldn’t be easy) to buy any of the three. I own the Digitone.

obviously that doesn’t take price 100% out of the equation though. punting on an $8k synth “just to see if I like it” isn’t the same as doing so with an $800 one.

I had a XD, great machine but couldn’t stand the small keys and lack of voices. So I sold the XD and got a Prologue. It is now my go to machine. Really fast to get the sounds that I need and no crazy menu diving. The user oscillators and reverbs is a game changer.

I guess I’ll just enjoy my Ambika with custom resonance boosted SMR4 filters until Dave makes one that checks all the boxes for me.

Moog One or Prophet 5 or Digitone for free

If the Prophet 5 is in “very good” or better condition I might take the Prophet 5 - those Prophet 5s go for the same price on Reverb as a 16-voice Moog One.

If the Prophet 5 is in less than very good condition then I’d take the Moog One since that’ll probably net me more profit. I’d put it up for sale immediately because I’d have no use for it - as an analog polysynth it doesn’t sound better to me than a Prophet 6.

Waldorf Quantum in my opinion.

A bit unknown but the C15 from https://www.nonlinear-labs.de/product/c15.html seems also like a digital poly beast!

Sorry mate, you’re right, I got carried away… I’ll trade the JD990 for the REV2, stop the clock!

I second the Waldorf Blofeld if you are into great sound for a small budget at the cost of a buggy and crappy OS.

Wait, i added an OB-6… currently exploring that one too. 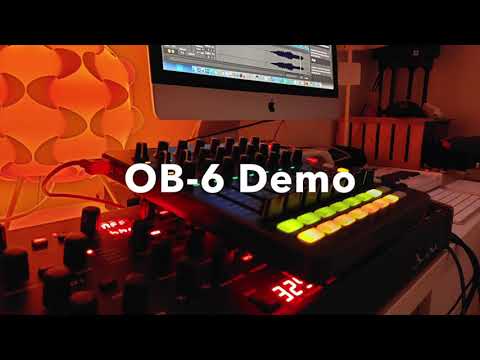 APB (All Points Bulletin): Add to the list the Arturia PolyBrute. Lots to recommend in this 6 voice analog polysynth, with wide variety of innovative and musical controls and features.

[20c5bf1] Looks like it’ll be good to mess around with

So many great ones listed. I’m still over the moon for my Kodamo EssenceFM and the Iridium is on ‘the list.’ My only analog stuff is monos like Cwejman and Verbos

but if you were offered lets say a Moog One or Prophet 5 or Digitone for free. Would you really pick the Digitone.