I tried out the new mastering feature available on soundcould. And thought I may as well share the results. The service isn’t free of charge but for the kind of subscription I’m using I can apply on three tracks per months.

Some background:
The track I chose is created mostly using samples loaded to my AR, the AK and AR also add some magic by acting as external fx processors and filter banks. I like the bit crusher effect on the AR and use it a lot (maybe too much sometimes). I also use some randomness to filter type changes and for altering the start point to the samples. This adds playfulness to the composition but also some not very subtle pops that sounds a bit weird at points. Any thoughts on how to still be able to have randomness to these parameters but without the most extreme pop sound is appreciated.

My usual process:
I create sounds, compose and arrange my things using pattern chains and song mode on my elektrons
-> I also do most of my mixing in the elektron boxes outside of the computer
-> Then record each track with fx and all to my DAW
-> Add some stereo width to one or two of the tracks
-> make sure bass frequencies are centred
-> and also automate fade in and fade out and mute tracks (which in live situations could be done manually)
-> if required I also fix some of the artefacts my composition process has rendered (I should have removed some of the louder pops)
-> When pleased I render a stereo track
-> The rendered track is opened in a new master daw session
-> Immediately render a new stereo track with normalisation applied
-> Import the rendered track to the master daw session and apply fade ins and outs (and sometimes also some extra reverb for adding a bit more life to a fade)
-> Render another stereo track
-> Make publicly available

Using the new mastering feature:
Instead of rendering a stereo track from the mastering daw session for applying normalisation. I just uploaded the un normalised and un faded track to soundcloud and applied the mastering there.
This was very simple to use. There are four themes to chose from and a lever for adjusting intensity. You get to chose a small section of the song for previewing the mastering effect. You can play around with the different themes and the intensity level, before applying to all of your track.
I chose the Aurora theme since it by it’s description seemed most appropriate for an ambient/experimental track outside of the scope for the most popular electronic genres today.

The result:
To me using the intensity lever even just slightly just resulted in an inferior result than my usual process (just applying some normalisation). Hiss and noise from the filters and bit crusher was amplified to unpleasant levels. But having the intensity at 0% still did some interesting and useful stuff for my track, the levels seemed to just ever so slightly pinched so the overall loudness could be increesed just a little bit. This was imo an improvement compared to my regular process. 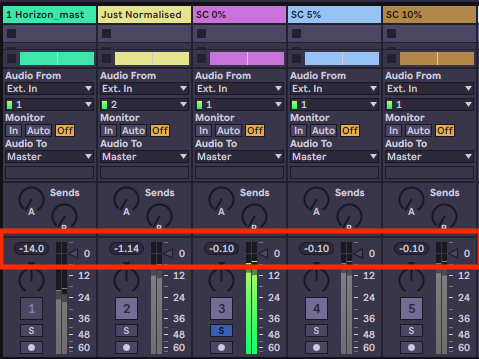 (Unmastered track to the left, then my usual process, then sc mastering with intensity of 0, 5, and 10 percent respectively)

The track for comparison is available here:

Files in the playlist are available for download. If someone would like to take a stab at doing a better job than my normal process or the new mastering feature. (untreated file here)

Are you able to sort of reverse-engineer what the machine is doing? Is it basically EQ and compression algos or multiband stuff being applied?
I might see that it would be helpful to get another perspective on your mix, and then improving at the mix level, or someone needed a urgent share something quick to make a rough mix more listenable.

Sorry for late answer. I haven’t done any more sophisticated reverse engineering. I guess one could start by uploading something less complex like a drum loop with some added bass and then try to recreate the results locally (maybe in Ableton). And gradually build up complexity. To see what measures has to be taken.
It would be very interesting to see if there is some intelligence behind the auto mastering or if always applies the same set of treatment (eq, compression, reverb etc…). Is it any different from a mastering preset in WaveLab or Ozone?
If you want and have the time. It would be awesome if you tried out your mastering process of choice on the untreated version in the playlist. I would value your thoughts and the results you get.

I’ve tried this as well. Don’t much like the results. The idea has merit but the algoritms just aren’t clever enough yet.

Your music sounds great in your head. It deserves to sound just as great when it reaches your audience. Finalizer makes it possible.

Try this. The Desktop app they released is meant to be amazing. 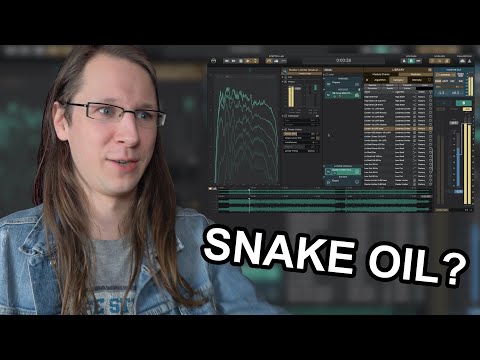 This is the Desktop app, same thing afaik, it’s very new, software anyway. It’s based on the algos from the old rack unit they did.

I remember the boxes and thought they were cool (still think they are), when I finally (no pun intended) had a budget roomy enough to justify a dedicated tool for mastering, they felt a bit outdated as explained in the video.

I’m learning to use atm. Bit off topic, but well worth a look to anyone interested in self mastering. It’s the opposite of old fashioned 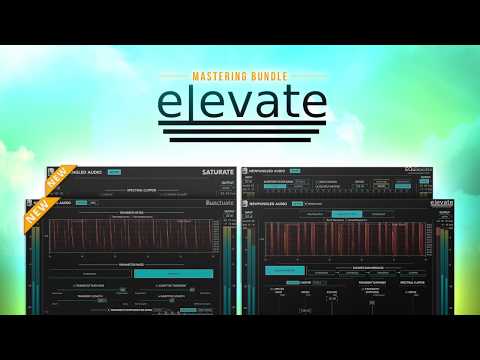 Just noticed how terrible that video was. Anyway, for Electronic, this could well be the one.