Hadn’t had such blast discovering a new artist for a long time, thank you all! 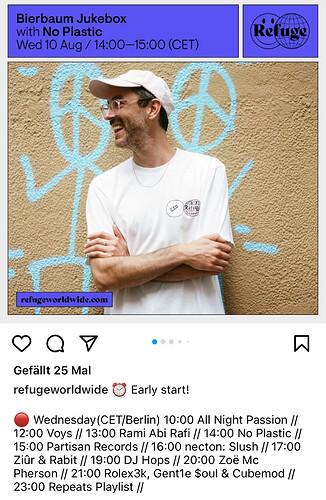 can confirm shes a really nice/cool/down to earth person who knows her shit and also knows how to break rules/conventions in a “wow, i…didnt know you were allowed to do that and it’s totally awesome” way

i met her at an arts festival last year, we had a 3h vodka fueled jam with a few other people. she asked to check out my digitakt during it, i showed her a few things but quickly got the feeling i was mansplaining a LOT and just ducked out of the way while she freaked it into some crazy polyrhythmic madness, and i layered in some shit on OT/DN. it was super fucking fun and im a fan of her since!

also caught her set at berghain garten last summer on ableton+modular, lots of super unsynced elements that somehow just… worked together? my brain and body were very confused in a good way.