Yeah way back when i started the Syntakt Trademark thread ( now closed ! ). We’ll try again though this one isn’t going to be a thread-ripper.

Did you hear, Yamaha very recently took out a trademark for AN-X ?
USPTO Report

So obviously this is somehow related to the AN1x. But how ? Here’s your chance to speculate.

And of course this may never happen, like the Syntakt !

Here’s a Wikipedia page on the AN1x, if you’re interested.

So something is afoot. What do you think ? Or just share some love for the AN1x.

Ooooh maybe it’s gonna be an update to the AN200 idea, a multitimbral virtual analog in chill desktop format would be something I’d be stoked on.

Hey! I have one of those. I can’t believe Yamaha would obsolete my beautiful slab of blue plastic!

This is great if true. Always loved Yamaha keyboards 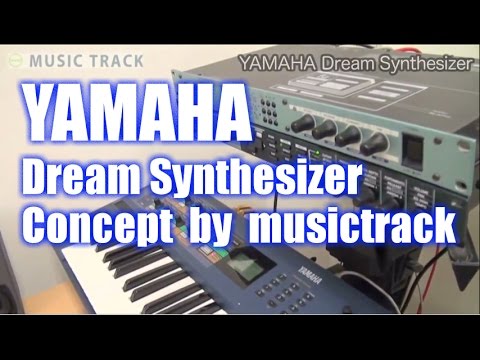 I had one of these. Totally loved it back then.

I had one when they came out

I didn’t really understand it … it was a bit too trance for me.
Maybe they’ll do a mini remake or vst … a korg wavestate sized version or mini version

If you read the trademark application, it says :

So a VST could be part of the picture but the trademark is for a synth.

That seems a reasonable idea. I thought another Reface. But the convention so far has been two capital letters for the Refaces, so it would be Reface AN.

But there are lots of other options, like your ideas of a smaller sized synth, and in fact AN-X could be an overall product name with more than one version a part of this.

I love my AN1x. Had it from new since 2008. Only updated the EPROM last year. I love it for how versatile the programming is. Even managed to make a really convincing 303/acid patch (clip attached) I love that it comes with a licensed Aphex Exciter effect built in too. Excited to see what this trademark could relate to. EDIT: If you listen to the clip, excuse my voice at the end. I originally recorded it for a pal of mine.

The Refaces seem to be going out of production, so I’d bet on something more like Yamaha’s answer to the Jupiter X / Xm.

Hopefully Yamaha is reading the economic tea leaves and will shoot for a Reface or lower price point rather than a big expensive VA.

Something that competes with the Virus would be interesting, but Yamaha likes to do it’s own things and if it is sufficiently unique, Virus owners may get the AN-X in addition rather than as a replacement. That should increase the total addressable market.

I say it’s equivalent to the two MX synths and around the same sort of price.
So AN-X49 and AN-X61.

Really i don’t have a clue.

I loved the An1X! A band called The Faint turned me onto it. After hearing their 2 albums in the early ‘00’s’ ‘Blank-wave arcade’ and ‘Danse macabre’ and the excellent synth work on them I found out that their main synths at the time were the Nord lead 3 and Yamaha AN1X and I added them to my set up as soon as I could afford to. It’s an excellent combo and I had a ton of fun with the AN1X in particular the “knob recording” feature was really fun and the overall tone and functionality was very impressive. The editing was similar to something like a Microkorg or a Waldorf but it wasn’t the worst to program but yea overall I loved it, it’s also super sleek looking with that triangular cut in it. I can’t at all remember why I parted with it…presumably I was consumed by GAS and sold it to but whatever new stuff came out in NAMM that year. Yamaha would do well to just rerelease it as it was tbh

Totally would have this!

I really hope they do something great. Or Behringer will have to clone it.

The size of the AN1X is what has stopped me from purchasing one. I would even love to see a small an1x the size of a hydrasynth explorer.

Here’s my AN1X (since sold). I found that I do not really miss it being around though it’s considered one of the better gear I owned. I do look forward for the X version 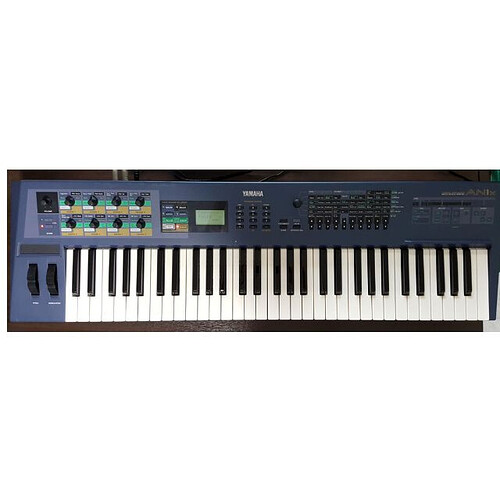 This would be cool- their mini synths are well thought of and the modx definitely pulled back from workstation into cool synth territory a bit.

Am I the only one who’s really cynical about this? Remember when they had that big hullabaloo about some new synth for their 45th anniversary and it was just a Montage in another color?

I wouldn’t be surprised if it was some plugin or something for their Mod-X or whatever.

I wouldn’t be surprised if it was some plugin or something for their Mod-X or whatever.

It’s not, either read the posts above, or read the actual trademark application, to understand why it’s not.

BTW : Yamaha isn’t spreading this information as a tease, and they’re not yet trying to build steam on an announcement. This is the process of getting a trademark, a trademark needs to be public to work. And there is no 100% guarantee that this will ever be a released product, although the likelihood is extremely high that it will be.