Why does FedEx suck so hard?

Every time someone ships a package to me using FedEx it’s constantly delayed, day after day. Last package took over a week from the quoted delivery date, and now I’m currently waiting for one that was supposed to be here Friday, and isn’t getting here till maybe tomorrow. This has been happening to me well before all this 2020 craziness. I know some people have had terrible experiences with USPS, but I’m been fortunate to not have. They’re always on time, and in a few recent cases, have been surprisingly a day early from the projected delivery date.

I just got fucked by UPS. paid extra for a signature and extra again to ensure they only delivered it to the guy specifically, they didn’t tell me they aren’t doing signatures cause of rona. The proof of delivery says “GIVEN TO MAN’. 🤦🏾

I love the amount of “fuck it, who cares” that comes out of those three short words “given to man”.

Ouch!
It begs belief.
It’s like something I would see on ‘Have I Got News For You’
You probably should write to them with screen shots. Paul Merton and compadres would have a whale of a time.

I used UPS on an order to ship from the US to Sweden and paid extra for it to be trackable. The package was lost in 8 months before showing up.

About 14 days ago I ordered a pedal and before I made the order I emailed the company to make sure that it was in stock. I got the answer that they got it and I ordered. The day after I made the order I get an email saying that they don’t have it. Now I have waited 14-days and nothing is happening.

Has it always been the case though?
I’ve been experiencing delays of 3 weeks or more from the EU US and Japan since the restrictions and lockdown, for express services.
Australia Post has declared all International economy post as held, and International express post as up to 5 weeks depending on location. It was 6 days till February, then the world stuffed up. Australia Post quote that it’s the same with almost every country.
I ordered “underbridge” for the AK a week ago and it’ll probably stay in Florida for a few more weeks, but I totally expected that when I ordered it, so no worries mate.

Yes, specifically FedEx has issues every time for me and my family here in AZ. I’ve had little issues once in a great while with USPS and UPS but FedEx can’t seem to get anything right ever.

Plus USPS and UPS will deliver stuff early if it happens to arrive early, yay thanks!

FedEx will get stuff in Phoenix like a week before delivery (according to tracking). They just let it sit until the delivery date, or worse, it’s still late or lost.

Its not just you, FedEx is horrible for me.

Edit: this is also since before any pandemic difficulties.

Can’t comment on international deliveries, but for me, FedEx has been shit for as long as I can remember. Again, I understand the current situation, and limitations it creates, but this has been going on for a long time. I still haven’t experienced any delays using USPS, which really surprises me.

That’s beyond frustrating. Especially when you pay extra for the peace of mind and to ensure you don’t experience the exact thing that’s happening to you now.

I tend to stick with USPS for small goods, UPS for larger, then FedEx if i absolutely have to.

Always USPS with overseas, of course.

Also: USPS would be SO MUCH better if not for idiot partisan politics in the interest of trying to destroy and privatize, like most public utilities in the States. 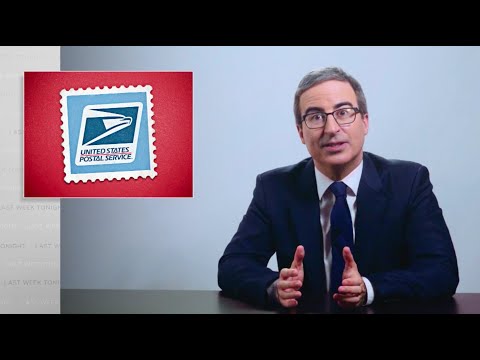 10 years ago when I worked for a skate company in UK, fedex sucked. UPS sucked.
Now I live in Australia, guess what, fedex still suck, UPS suck.

I have never understood it. All they have to do is take a box to the place stated on the label. Its not even close to being rocket science.

I almost made this post in frustration, and I’ve made the same post in the past - specifically about FedEx. For the past 4 years, not ONE fedex package has actually arrived at the expected time - Seriously, not one. I’ve kept track.

My most recent delivery, over this last weekend, they sent me a barrage of messages making sure that I would be there to sign for it on Friday. I checked tracking on the site, and it said scheduled delivery Saturday - until you went to the detail view, where it said Friday. So of course, none of this changed, and it magically appeared on my porch on Sunday without requiring a signature. Thankfully nothing busted this time.

The single worst FedEx issue I had - the one that made me start keeping track of their awful track record - was when I was taking delivery of a fairly hard to find hollow body bass guitar. Not only was it a week late, but they dropped it on the porch with severe damage to the packaging - obvious holes in it, dents everywhere - without getting the specifically requested signature from me. Of course, the neck was cracked. They had something along the lines of “handed to resident” on record, which wasn’t true at all, of course. This was an utter nightmare to deal with and it was only resolved with the generosity and hard work of people who weren’t related to FedEx, they never helped out, and actually hung up on me a few times.

I expect the occasional issue with packages, but FedEx has been CONSISTENTLY horrible, every time, without fail, for four years now. I always avoid them if I’m given a choice.

It is for similar reasons that I only use USPS and UPS.

Odd, because FedEx is the only service that’s been consistently on time in my area of the US during the pandemic. Both USPS and UPS are usually 4-12 days late.

I live in EU (Belgium) and here, UPS is the absolute worst courier:

Thomann has UPS by default so never make a purchase from them before changing courier first, avoid trouble !

Only used FedEx once, the delivery man tried to leave an proof of passage in my mailbox without ringing the bell. Luckily, I was passing by the window so I saw him and called him up on it. He left after having insulted both my gf and myself. Of course, the company never owned it. Same thing happened with the Belgian Post but at least they guy wasn’t rude and they have a working complaint system.

I have never understood it. All they have to do is take a box to the place stated on the label. Its not even close to being rocket science.

I suppose it comes down to the fact that nobody dreams of being a delivery guy, those jobs are there because we need the function but hardly anyone likes doing it, so a good proportion of the people who don’t like it also don’t care if they do it properly as long as they are paid.

The worst one I’ve experienced in the UK is Hermes - I ordered some beer online from Flavourly, first lot didn’t turn up, no updates online, after chasing support it turned out it was damaged in transit. So they sent out a replacement… it got signed for… at a totally different location to where I live

Can’t blame someone for signing for free beer I guess

Then had numerous other deliveries from them delayed, as have friends. Useless.

Best one I’ve encountered is DPD, they text with a one hour slot in which it will be delivered and have tracking online etc. Apparently they are expensive for senders though.

FedEx lost my divorce paperwork a few years back.

FedEx is currently not shipping anything out to Chicago and apparently most of Michigan one of my packages is almost 3 weeks behind and has been sitting at the local FedEx office for weeks and they won’t let me come there to pick it up​:japanese_goblin:

These stories are giving me PTSD. Long ago I bought a Roland Dj70 (remember those?), and as I went to the kitchen to grab some water I saw the Fedex truck. Got excited to finally have the sampler, went outside to grab it, no sampler, nothing. Fedex guy drives off (I like to think he didn’t see me) before I could get his attention. Left a pickup slip in my mailbox. Dude didn’t even bother knocking because there were no cars in the drive way. That in turn took another 2 days to collect it because the thing was never taken off the truck and left with pickup, so it just cruised in the back of this dudes truck for a couple more days before they finally decided to give a shit. Typing that out just reminded me of how confused I was. I thought that surly this international corporation isn’t this shifty. Am I doing something wrong? Finally realized, nah, they’re shit.

I rarely laugh out loud from online comments, but that one got me.