What's next for Elektron?

The release pattern seem to be 2 years before 2016, and 1 year after… maybe because machines are getting smaller?

Probably more having to do with the private equity firm that took on a sizable share of ownership.

Yes we can see that Elektron strategy has evolved since then.

I’d love to see them go balls out Frankenstein again, like what the Octatrack was, a freaky over the top box that suggests where all the Elektron workflow can be taken in new directions, and then everything released from then on can cherry pick and reduce as needed.

An obvious, next thing from them could be possible XL Models. Taking the Models and simply growing them up.

But I’d love to see them explode the sequencer in new ways. Reverse, random, more fully featured arps, page limitations that don’t stop at four but go to 16, page soloing, blow it up. Improve live recording to include tied notes where they exist. The marketing is so easy to see - the next generation Elektron sequencer.

I saw they have a new hire in the works, that will throw a new hat into the ring. I think what Elektron do next will be a departure, it will disrupt and upset as many people as it pleases.

This happens all the time. I’d say the elektronauts website is not the main place I’d look for buying gear. I think most of their sales are through dealers vs. direct.

I just bought one of those at Costco.

I really would love Elektron to release a dedicated sound module version of the Digitone. The Digitone XM

I can see the desire to cut down on one aspect of the machine (sequencer) in order to more fully develop the other aspect (more voices), however the sequencer is such an integral part of the Elektron DNA that I doubt they’d do it. It’s one of the big reasons folks buy Elekton products. The sequencer itself is a modulator of the synth.

The last Elektron sound module without a sequencer was the Sidstation, and I doubt they’d take that 20+ year step back now that they’ve put so much into the sequencer. It’s their special sauce.

not too difficult a port IMHO?

you don’t need a Sequencer in every single box you sell, this module would be a companion unit for other Elektron units (all of them)

Their marketing department and investors might disagree. And probably most of the fans of their products

The desktop synth space is all about on board sequencers, and Elektron is known for their sequencer + synth integration. I hope they don’t take that step backward, personally.

So yea, those are my “thoughts”. You asked for 'em.

Digitakt form factor with the Sonic Charge uTonic drum synth engine in it. Wifi support so it can download patterns and kits from Patternarium.

honestly think this is exactly the sort of thing they need to do. they seem to be sacrificing or trading off so that every box ends up being a groovebox, basically. this isn’t inherently bad of course, it’s what got Elektron to where they are, but i think they likely need to expand beyond that, at least partly. they’ve got the effects boxes so that’s a toe dipped in, but would love to see what they would do with a synth with no sequencer, or a very limited or different sequencer option.

This is perfect I am a sucker for grooveboxes

For some reason and probably because of my limited space I love my gear standalone.
I am deeply in love with my Hydrasynth Desktop but the lack of sequencer is disturbing. Oh well, now its always attached to the Digitone 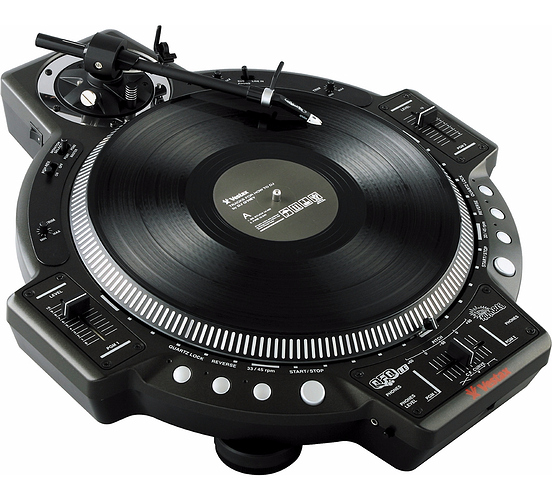 Would be pretty sick if one of these cross faders and some of the bbuttons worked like scenes on the OT.

I’m just not seeing the point in taking products that are well integrated and stripping them down into parts when it is that integration that so many musicians appreciate.

Even in the software world, integrated controllers like Push, Machine, Komplete Kontrol, this is where things are going.

There’s not a single Elektron instrument with a sequencer that can’t be used without the sequencer, as a simple sound module. People have been sequencing their Monomachine with Octatrack for ages.
Why does Elektron need to gut their products. What large group of buyers does that appeal to that makes it a good plan for them as a company? Is it to make things lower priced? If not, who is that demographic?
They’ve proven with their Model series that they are able and willing to appeal to budget minded consumers, and without gutting the sequencer out. And what does that do? Gets them into the eco-system and suddenly that Model Samples buyer can see what the Digitakt fuss is all about, or maybe they even go for an Analog Rytm.

The sequencer has been the key to Elektron instruments since the Machinedrum. It’s integration has made them stand out as a company, and above so many others.
Giving us modules for sequencing and modules for synthesizing is what all the other companies have been doing for decades. Why water down the brand and be like everyone else?