The sticker I wish was included ;) 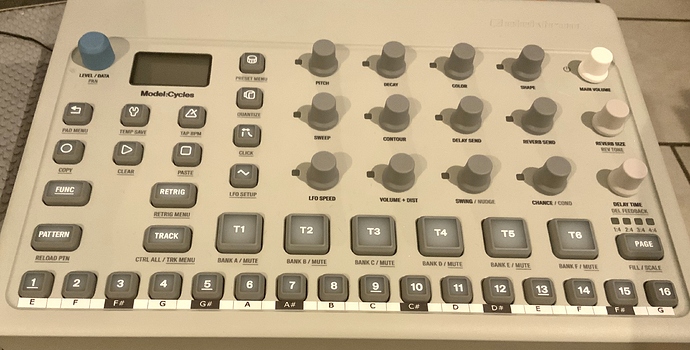 I made this to assist with knowing what key the trig buttons relate to at default settings, you can print it out and stick it above the keys, just crop it to the lines and it fits without covering the other text. JPGformat 600dpi if you have a PC connected label printer it should fit easily on a 24mm wide tape, 3 copies in case you need more. Should be ok for M:S too. [MODELCYCLESKB] For some reason the preview is missing some lines, but it is ok when you download it, print it to scale to ensur…

I tried for 10 minutes to play melodies on it and thought, no chance, keyboard time!

Yeah it is kind of difficult to remember what notes are where, once I refine it so that it fits perfectly I’ll upload it to the forum.

You should let Oversynth.com know as they are surely working on a line of M:C overlays.

I think it will probably be same for M:S too.

Nah, we make techno with that one.

This why they should add musical scales, 16 like novation mono station would be easy ( function+key 1 to 16).
16 keys would equal 2 full octaves.

Root key could be set via pitch knob

Remember to send them to support too feature-request@elektron.se

Thanks, I did not know that mail even existed

Crucial, nice job. When I first saw it I thought OK cool well I get that it’s just in semitone steps and that’s cool but it sure would be nice if it had a little more of a nod to a traditional keyboard…

But isn’t it the case that Trig 1 e.g. isn’t always an E - isn’t there an internal keyboard shift which rotates the 16 key snippet being viewed, so the idea of a permanent legend is debatable unless you shift in multiples of 16 and then you won’t get the first four midi notes under the lowest E

it’s a shame they can’t delineate between e.g. white keys and sharps etc with a dimmer LED so folk can at least discern the pattern XxXxXXxXxXxX from brightness 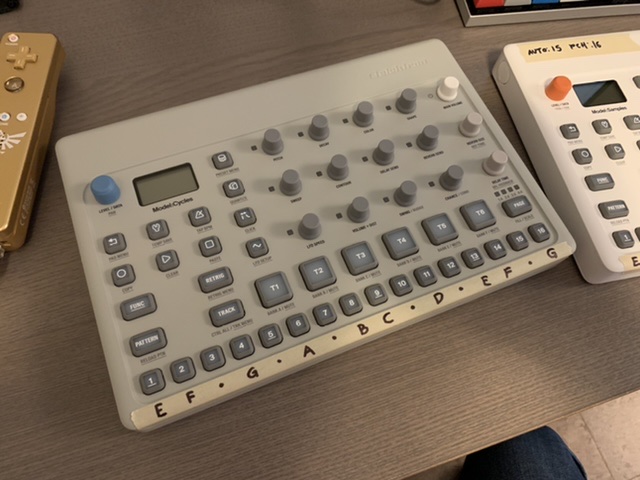 Yeah the KB can be shifted, this is the default though, so whilst not perfect at least somewhat useful when just noodling on the lap etc. Most of the time I will be using a keyboard when using in my setup.

Ahhh didn’t know this, makes it a little less useful (but still nice job Daren!) and I agree about having some dimmer way or something to show the layout.

Here is my slightly more artsy solution with the stickers given… its a bit of a pain to cut them out so there is no extra clear around them but I think they look pretty cool, easy enough for me to remember that 9 is C. Wooo transparent stickers. 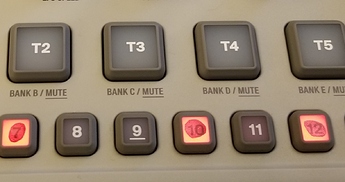 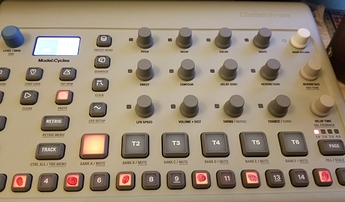 Sadly there is no octave jump shortcut on the Model line to my knowledge… instead you go into the track menu and you can transpose it up and down how ever much you want and set the pad note to whatever you want, but I figured I would put the stickers at the default setting.

Ah gotcha, I thought it might be like the Digitakt up and down arrows. I guess the transpose as much as you want option give you more flexibility so that’s cool too.

I don’t really know the works of oversynth.com, but when I read your comment I imagined an overlay that would make the Model: Cycles look like a Speak & Spell. Or maybe the math one… Speak & Math?

I would buy that instantly.