Tape Multitrack (Does anyone still do this?)

I use a Yamaha Mt4x 4 track recorder overloaded and achieve great saturation and a kind of glue into my music. I had mine for 50€, like new and it’s a really good piece of kit.
This song rely heavyli on the 4 track https://m.soundcloud.com/user-588788063/too-late-to-run-i-guess
Recorded live with the onboard EQ with no other fx. It’s MS20->A4->4 tracks and Rytm->4 tracks

Nice, glad you liked it. One draw back I noticed recently is that you loose a bit of the stereo image while pushing the mixer in the red. Still workable anyway.

Pitch adjust a pretty much a standard feature on cassette multitracks.

In the past i’ve done stuff with splices and loops, and tricks, all with borrowed equipment. Great fun – and it gives me a better appreciation for the masters of the past. There is definitely room for mag tape today.

Just for fun I was looking around the internet for famous albums done on analog four tracks. It’s a mixed bag, but Sebadoh III is just amazing. I’ve got a special place in my heart for Dinosaur Jr, so I’m a bit biased, but I love the sound of that album.

I still use cassettes for recording (four track and two track). I love the saturation of tape. It just sounds right to me having grown up listening to it.

I made this with the three original Volcas and a guitar on a Tascam 464, which has a fantastic mixer:

To get the tape effect, this unit seems as cool as expensive

You seem to be able to slow the tape quite a bit, I wonder how it sounds, in the end.

* To ask any questions please click chat/email button at bottom right of screen. If icon is a chat...

Seems more reliable than a space echo. Stereo. And soon with CV control…

Looks neat. I’m not a position to support him, but I’m glad to see small batch boutique things also happening outside of the modular realm.

looks like a tascam 244. great 4 track. I have its big brother the 246. Best-in-class 4-tracks. easy to refurbish. getting expensive to buy

Yeah man, those look great. I ended up not winning one on the auctions.

I’ve been close to pulling the trigger before but the same thing always stops me from buying a real tape echo as well. It’s getting harder and harder to find people to service them (let alone parts), and I really don’t like the idea of having broken stuff cluttering up the studio since I have limited space. If I could fix them myself or had easy access to someone that could, I would pick one up in an instant.

Truer words have rarely been spoken. I love multitrack tape, as evidenced by the stupid number of 4 and 8 track reel-to-reel units I have in various states of disrepair. However, as time goes on, they become less and less viable. Today I have been recording some Berlin School stuff down to a lovely 1/2" Tascam 58, only to find out that at least two of the tracks are screwy. Today’s failure followed a similarly unsuccessful attempt to record the same sequences to an old Teac 80-8. That one had faulty relays, as do many of these old decks. When they work, they sound fantastic, but it is getting way, way too difficult to justify the space they occupy in my room.

That isn’t stopping me trying again in a few minutes, this time with a 1/4" Fostex A8. This one is currently the best of the bunch, though it is decidedly lo-fi compared to the Tascam 1/2" machines. I’m a glutton for punishment.

The only dependable multitracks I still have are both Tascam cassette 4-trackers. Oh, and a Tascam DA-38 digital multitrack tape machine.

not everyone has the time or space, but if you do, all the info you need for repairing and maintaining decks is available online. it’s not as flashy a forum as this but homerecording.org has a wealth of info.

I ended up using the little Fostex A8 for my current project. Lovely little lo-fi thing. I considered tracking the project to 4-track cassette, but I knew I’d want more tracks for this particular recording. 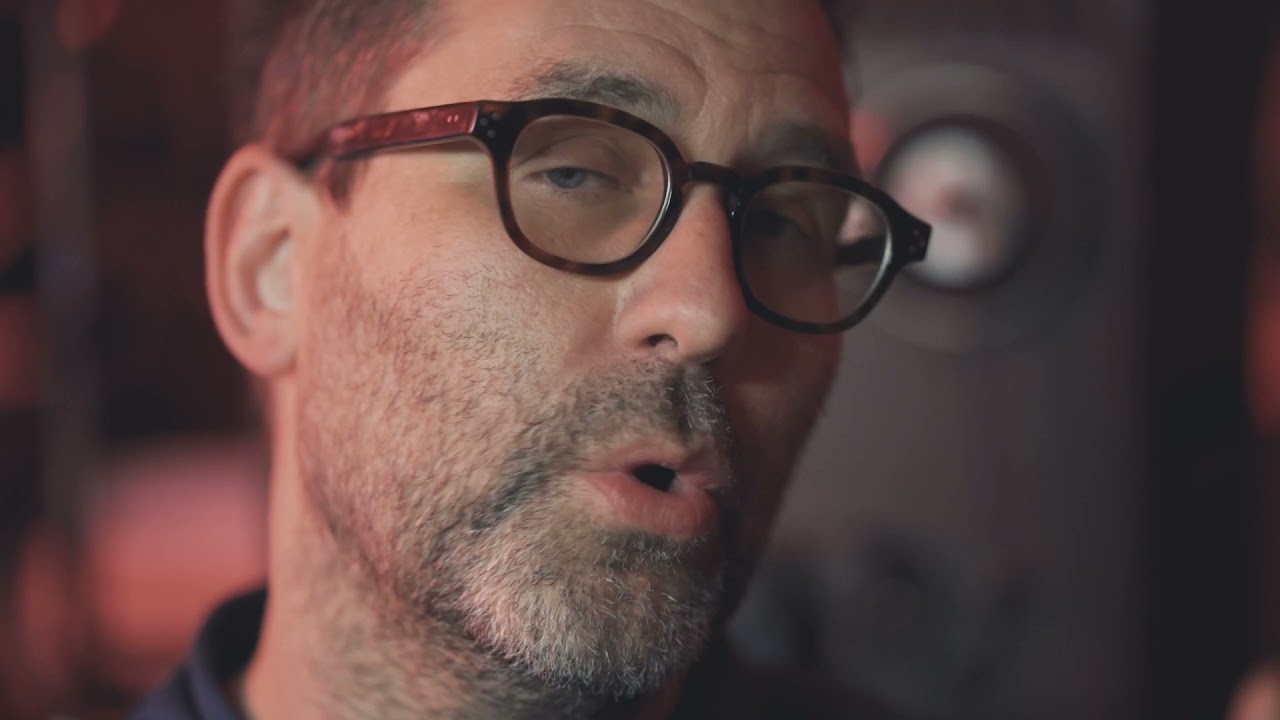 He has made some major mods to an Otari 5050 4 track, and combined this with a whole variety of clever electronics to do some amazing work. This video is eight and a half minutes long and jam packed with cool ideas, and cool sounds This has got to be the best video i’ve seen in a long time. A gem.

(The video production here is amazing too. Like for instance the focus change to his face.)

I’ve done stuff with multi-track tape loops on reel to reel equipment before and this has me GASing to go back.

Great find, thank you for sharing this!

So if you liked the Jamie Lidell video in my last post It’s Encore Time !

Lidell is guest on this weeks Sonic Talk #663 with Nick, Charles Chicky Reeves, and Yoad Nevo. All three of them have used tape in music production, so there is a long 19 minute discussion of various ins and outs of tape. Really great discussion, and a lot of fun. 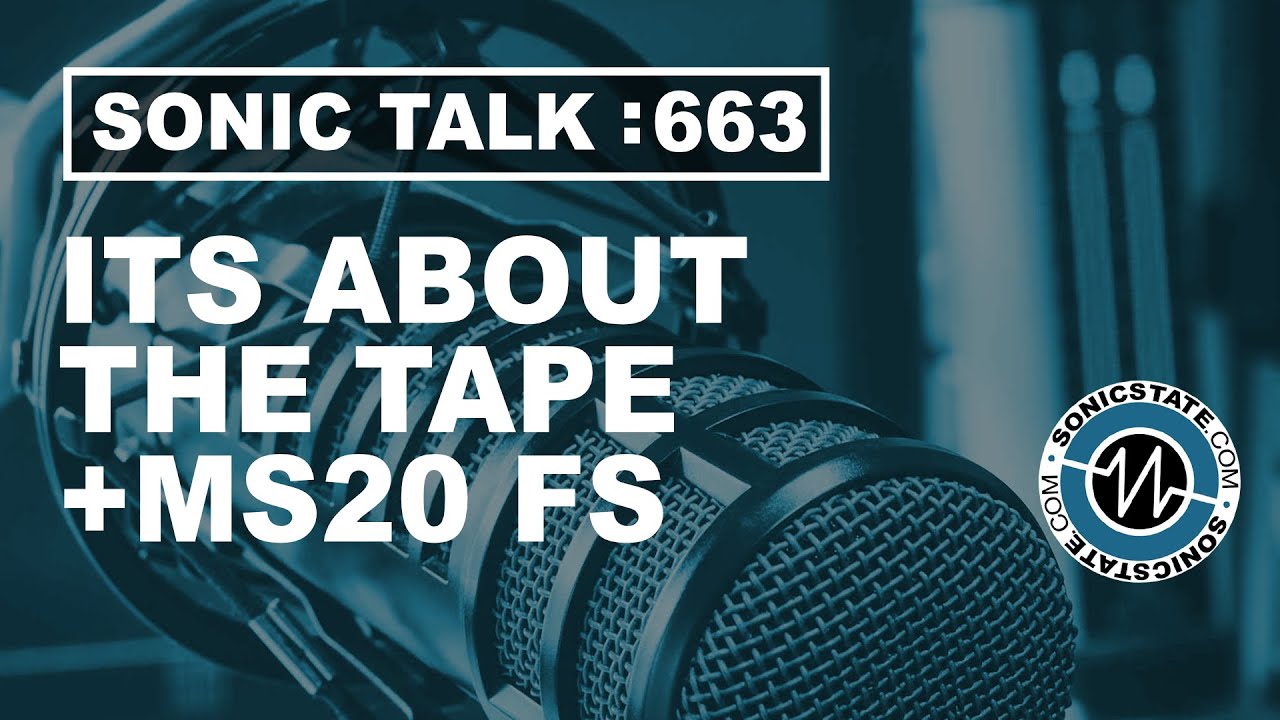 Hey, I listened to the Jamie Lidell video in the car today, really great stuff! Thanks for sharing. I’ll check this one out too