Do any of you get the occasional urge to go full-on Eurorack? I enjoy Krautrock/Jazz and haven’t felt inspired by my digitone/digitakt combo lately. They’re both amazing instruments, but the idea of building a modular synth is very appealing. I also hate recording out of the box which makes it harder to make music.

Any thoughts/advice is greatly appreciated!

For a cautionary tale, look at the posts of @psychic_pizza in the “Your Modulars” thread.

From my limited research (and no experience), it seems that some things are more difficult in Eurorack: drum kits, polyphony. It might be more fruitful to look at modular as augmenting what you already have instead of replacing it.

Sell Everything, Go Outside

No. Sell everything and pay off my car loan on the other hand…

I did this the other year to be fair and it sort of worked for me as I liked noodling drone/ambient stuff so it’s relatively easy.

If you’re looking at drum sets etc then you’re going to need a fair bit. Check out Mylar melodies as he has a travel techno set up if that’s your thing.

If you just want a a small custom mono synth that won’t break the bank too much then give it a go. Maybe try the lifeforms unit from Pittsburgh.

In the end I came back to the OT for numerous reasons but Euro can be a dark hole to get lost in.

I get the fad of it all and it’s cool but it’s expensive and there are some good machines out there with Elektron being the obvious ones here.

Do any of you get the occasional urge to go full-on Eurorack?

Most of the time, yes. Maybe coming winter! Will keep OT and Lyra for sure, maybe my Moog pedals too… the rest could be on the way out.

Yeah, it was a bad experience on my part tbh. I spent a lot of time researching modules and planning out a system that was very ‘full featured’ and it got completed and i fucking hated it. What i found was that so much just didn’t play well together, the behaviour was weird. Ranges on controls were unusable (for my purposes), like going from barely nothing to ‘waaow my ears’ in less than a millimetre. And none of this could ever be discovered before spending the money to try the combination out, which made it all the more frustrating when it didn’t play as i had hoped. And the time it takes to just get a basic sound going, and then you brush a knob somewhere and the whole thing goes to hell and there’s no way to get it back 100%.

I’m not going modular any time soon though I was tinkering with vcvrack yesterday.

I’ll add that if i were to go that route again i would just buy 99% Doepfer modules and not go with the boutique brands. Or just stick to a one brand system if you must have some wacky digital modules or something.

Sitting here reading this whilst watching this thread…… 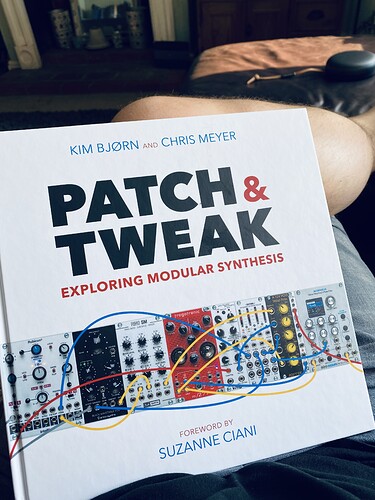 Make Noise shared systems do make me drool a bit.

I’d say Eurorack is mostly probably might be worth it if you fulfill one or more of the following criteria:

You have too many succulents knocking about your studio.

That’s what i did wrong!! I forgot the outboard cactus! Shit.

If you’re able to make tonloads of money go eurocrack!
I would never go this route. I’d sell my granny.

I also wouldn’t probably have the time to make music with a big modular system. Or at least I’d never get anything actually release ready.

Yikes, I’d say start slow and get an idea as to what you’re getting into. The concept of modular is cool, and the idea of “unlimited possibilities” is really enticing, but to achieve that is very expensive. I also feel it’s a total pain in the ass to work with. It’s cool at first but gets old after the 20th time of unplugging everything and then organizing all your wires. I have three cases full of euro, and the DT/DN combo and can say that those two are much more easier and just as much capable of making interesting results. Perhaps what you should think about is creating a sound efx/mangler case. Something that has what the DT/DN don’t have. Stuff like wavefolders, randomizer, and maybe an analog kick and hats module. Combine that with a CV OCD and you can happily unite both worlds.
I’ve read quite a few tales of people going all in on modular only to a)Never have enough time to jam out, or b) feel constrained because they still don’t have enough modulators and are out of space, of c) realize that it’s a total pain in the ass to not only clean up, but to achieve a decent, organized, set of sounds that don’t sound exactly like what everyone else is doing, which is chaotic electronic bowel movements.
It’s not uncommon to see on ModWiggler people selling their entire cases because they’re just over it, and the initial excitement is gone and they end up taking really big loses on what they paid (which coincidentally is a great place to buy your modular needs; also try not to buy new if you can help it as the depreciation value for most modules is pretty steep).
As far as recording out-of-the-box, (I’m assuming you meant in-the-box) get yourself a Tascam or Zoom recorder and use that to record your impromptu sessions. The Zooms are really awesome, and can also be used to gather found sounds that can then be loaded into your DT.
I should inform you that I’m also 40, so my excitement levels are a little lower these days, and just thinking of all those wires makes me want to nap. I’m also a bit lazy so factor that into the above dissertation.

P.S.
Do not sell your DT and DN. I guarantee you’ll regret it. The DT is legit one of the greatest samplers/drum machine of all time. The DN is certainly no slouch in the synth world either, and I’d easily place it high on “best fm synths” list. Maybe you’re hitting a creative wall, don’t blame the machines, take a break, watch some videos of how other people creatively use those two. Dive deep into the modulation possibilities. Now that the DT has two lfos you can get some really crafty and unique sounds. Experiment with the DN’s secondary osc menus. The extra envelopes for carrier a and b are capable of amazing results. There are literally over 100,000 modular samples out there, plug those into the DT and go ham. I very rarely see people who don’t regret getting rid of those two.

Would you have to see the DT/DN combo to afford it?

but the idea of building a modular synth is very appealing.

Why is it appealing? What aspect of it appeals to you most?

I also hate recording out of the box

Do you mean to say you hate recording external gear?