All this talk about Daft Punk made me remember this amazing Derrick Carter mixtape I had long ago. Well upon my search to be reunited with it, I came across this treasure trove of uploaded mixtapes from a bygone era.

You’ll be wanting this then…

this is awesome, thanks for this. ive been scouring soundcloud for KOOL FM recordings recently. the best part is listening to the advertisements for parties where they read off a beeper number to contact for more info 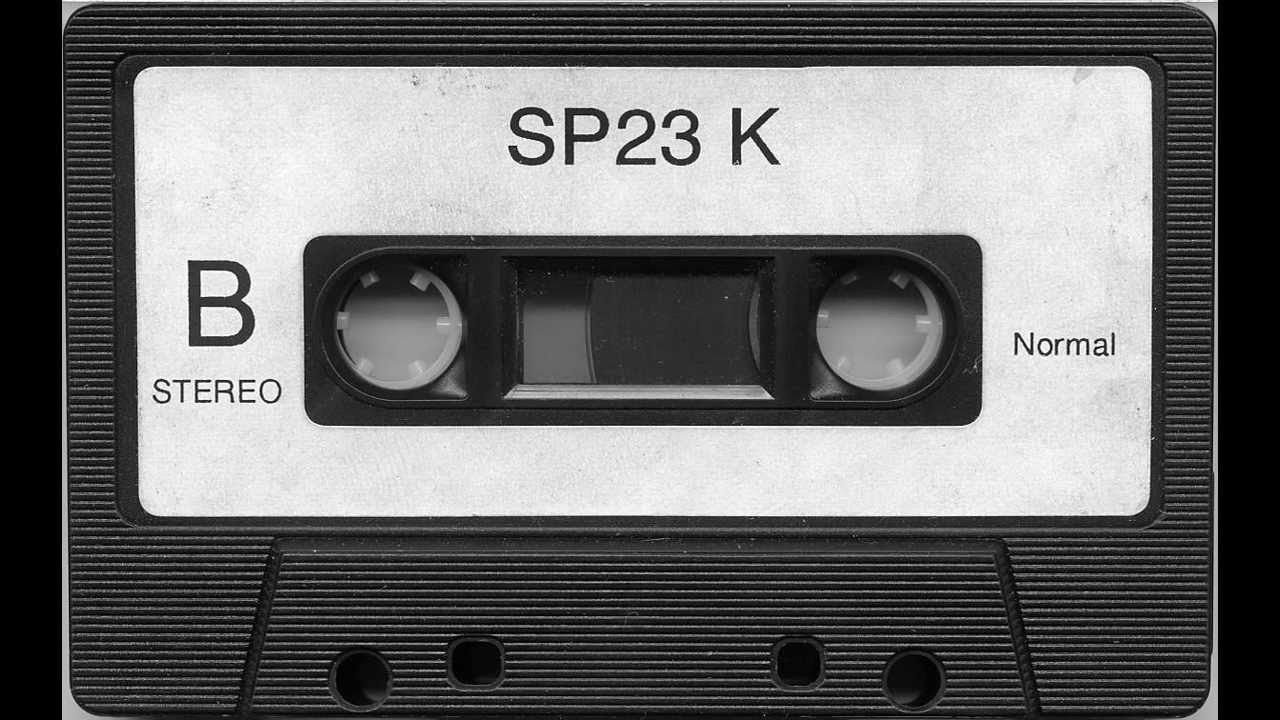 Thanks for reminding made me look for freetek tapes on youtube. Most I cant see because i’ m not registered. 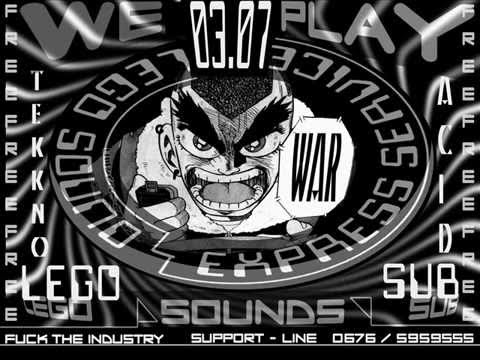 Omg thanks, saw that when i click on the lama on those ravearchive mixes a winamp player appears. I just miss the (tunnel-like) visualizer. Its not automatic implementet for iphone i suppose? Will look on pc another day. I miss those visuals. Thanks to all programming freaks

Hell yeah - I found rave archive some years back (DJ Pleasurehead, woowoo!) and come back to it from time to time when I remember. The interface is nice and modern now. It used to be a little clunky. Huge resource of mixtapes and live stuff going way back to my rave days. This other site ravetapepacks looks just as good for UK-based stuff. Thanks for sharing! 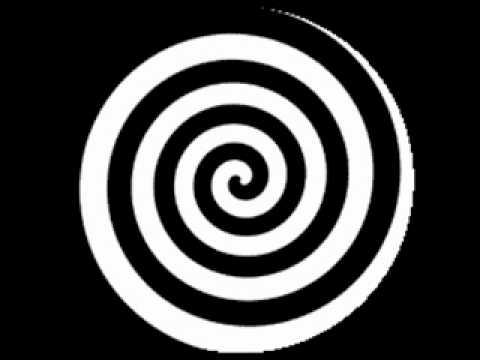 It’s crazy listening to how fast and spastic techno use to be. Old Adam Beyer was so much doper than now Adam Beyer.

Also I miss that old school tech-house sound. I have no idea how it morphed into what it is now. Man, some major memories are flooding back. Forgot about so many different Djs that disappeared once it became harder to get gigs without producing your own tracks. Also starting a family probably settled a lot of these people down. A lot of these mixes are so clean, it’s really quite impressive considering it’s vinyl being played on a busted and borrowed 1200, that’s sitting on some rink-a-dink foldout table, which had been set up at some middle-of-nowhere haphazard outdoor venue in the spare of the moment.

vinyl being played on a busted and borrowed 1200, that’s setup on some rink-a-dink foldout table, that’s set up at some middle-of-nowhere outdoor venue in the spare of the moment.

I don’t think I would be able to appreciate this music the way I do if I hadn’t experienced it in the context you described. Haha. Good times.

One of my favorites from wayyyy back in the day. Not sure how this one made it across the pond to Canada but it landed in my lap in the mid 90s. It got stolen in the highed Panasonic casette player it was in. Was more pissed about losing the mixtape than the Panasonic casette player. Found this it again on YouTube a couple of years ago: 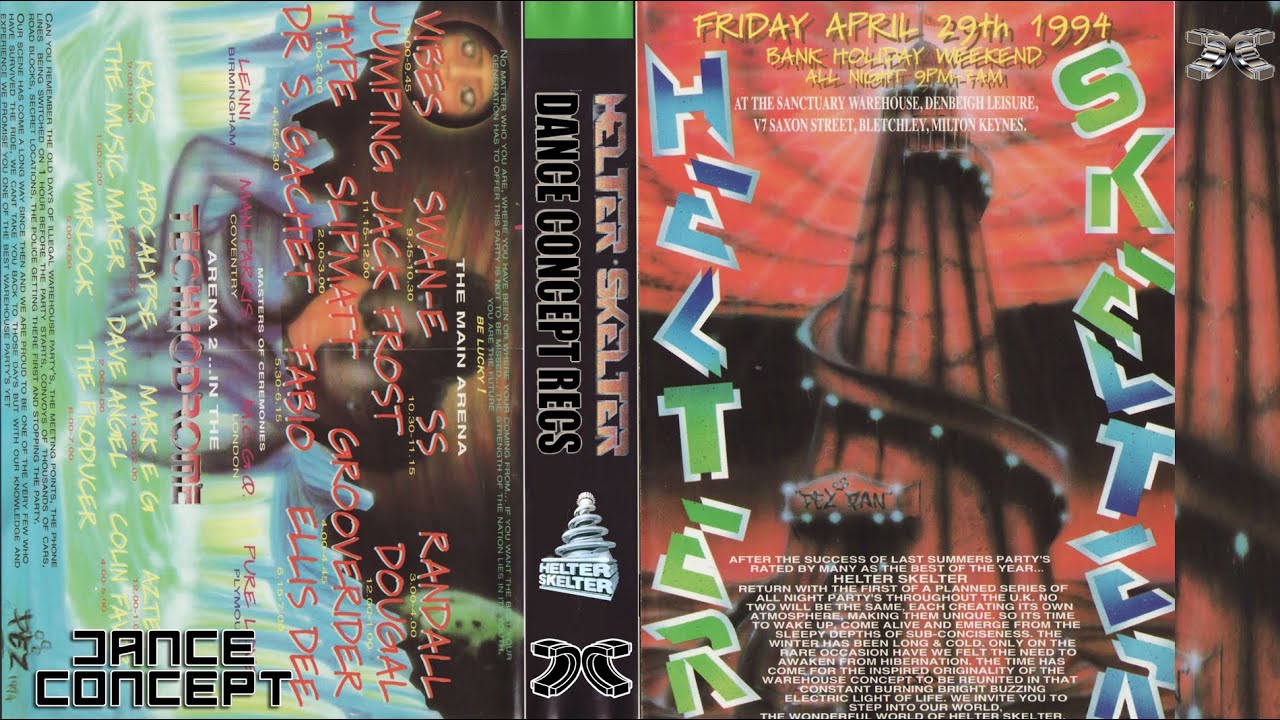 I’ve posted this before but as it was the first anniversary of The Guv’nor’s tragic passing last Wednesday, it seems like a apt thing to do in a most deserving place. Over 900 hours of quality listening going back over 30 years. FILL YA BOOTS!!
https://drive.google.com/drive/folders/0B23ZLBzfzfvec3ZhVE1uV0JtSGs

I have no idea how it morphed into what it is now.

What kids call deep house these days is anything but. We all have our moment in time. Theirs just happens to be soundtracked to shitty music o__o

This post was flagged by the community and is temporarily hidden.

Freetek or outdoor in general scene is ( was until pandemic) well alive and kicking. And the young sound just as good now, often less nervous.
No need for too much nostalgia is what i wanted to say.
Hope i find time or surpass lazyness to vistit them in eastern europe or italy again some year.

I used to be active on there when the site first started. From memory it was an offshoot of OSA? Very handy resource!

You’ve not lived until you’ve dj’d At a house party with the decks set up on the (removed) front door of the house balanced on two upturned dustbins. (Pre wheelie bin bins!).

To this day I’m not sure who’s house it was or whether someone had just broken in… it was deffo a messy session, the bit of it I remember

Yes, you forgot to mention that the turntables are some belt drive Geminis with an old cartridge that needs a coin placed on top to keep it in the grooves. 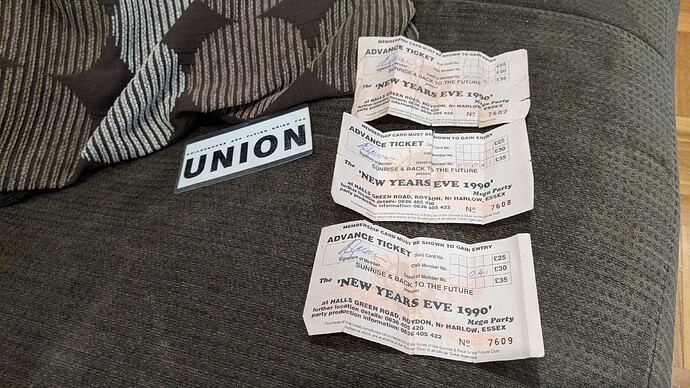 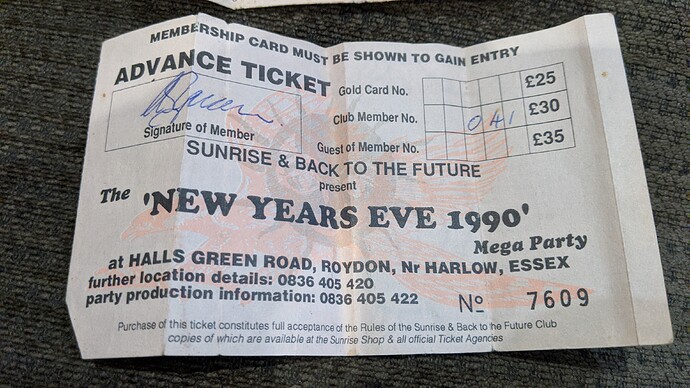 PXL_20210224_1927546023840×2160 2.25 MB
I remember being so made up I’d managed to get tickets for “The Biggest Sunrise Ever” only to discover on the night that that swine Colston-Hayter had had no intention of putting it on, just to sell 50,000 tickets and pocket the doe!
Ended up at a free rave in a Panasonic factory in Slough with a really poor sound system and even poorer pills!!! Bad night all round.
An amusing post script to the tale.
11 years later, I was Camera Op. on Stella St. The Movie and we were shooting a scene where Micheal Caine was having a party and somehow Mrs. Huggit had given everyone pills and it turned into a rave. The Producer made a flippent comment about it taking him back to his rave promoter days. I showed interest and said I was all over them and would I have been to any of his. He said he was involved in Sunrise, I said “oh wow! Proper!! Were you involved with the NYE that never was?” He looked slightly surprised I mentioned that particular one but rather arrogantly said “oh yes, BIG pay day that one!” i didn’t let on but the following day, turned up with the tickets and said “I think you own me a hundred quid!”
He obviously didn’t cough up… Bastard!
And his mate Tony Colston-Hayter went on to get banged up for some bizarre electronic bank heist! Bigger bastard!!
5 Likes
jdaddyaz February 26, 2021, 12:54am #20

What a couple of twats, I can only imagine all the things you would have liked to have said. It’s moments like that which remind me how peculiar this life can be. I remember the promoters of one desert party I was at got robbed at gun point. The dudes came out of the desert with ARs and shotguns, all decked out in commando Joe type stuff. Think they ended up nabbing about $20,000. Why the promoters had that large of a sum just sitting in a duffle bag at the event is beyond my understanding. More in question was where the hell those Commando Kill Joy’s parked out in the middle of the Sonoran desert, in which there was only one road to the clearing. The next party those promoters threw had armed guard at the entrance, which for someone PLURing out, was kind of a downer.