Hi.
I wanted to share this samplechain workflow as i found it to be a really fast way to smash together a bunch of Audiofiles.
Its pretty nerdy stuff, but it migth be helpful for someone. I would imagine it would be super for compiling a bunch of single-cycle waveforms, as thats a pain to do in a DAW.

Using ffmpeg to Concatenate all the wavfiles in a folder to one big one. Allthough you have to manually then slice up the file on the Octatrack, but thats pretty quick work anyways.

Now im on Linux mint, so there is some difference in the commands on win and osx, but i think the basics are the same.

First i make a textfile of all the wavfiles in a folder:
Terminal:
printf “file ‘%s’\n” *.wav > samples.txt
Then (again in terminal):
ffmpeg -f concat -i samples.txt -c copy bigchain.wav

And bang. You have one wavefile containg everything you want (No. Not really) in under one second. Only issues i had was that it didnt like the # in some filenames, but renaming those files manually worked.

Thanks. Do you know Octachainer?

OctaChainer is a Windows and OS X GUI tool for creating sample chains and slice data for the Octatrack and Analog Rytm. It allows you to arrange samples in the order you want, and then creates a chained .wav file and corresponding .ot file. [image] New in v1.2 Three slice modes: Normal - creates a compact sample chain and a slice for each source sample. Grid - evenly spaced samples. This mode does not create an .ot file. Mainly intended for Rytm users. Use the "Add silent slice" button to…

Yes, I read about it yesterday, so in a sense “yes”. But i switched to Linux a few months ago, so its not possible for me to try Octachainer. But now when i got my head around this workflow i cannot imagine that anything would be faster or easier than this.
Off course this is my personal preference. Whatever works

Don’t know if Octachainer would work with Wine but there are very useful option, like fades, normalize, add silence, and Megabreak ! It simple and fast, and create .ot files, so it is easy to use different length samples, with the correct slices set in .ot files.

Yes, shure, it seems to be really usefull! I actually didn’t notice that it creates a .ot file. Thats a big plus, But i really dont mind doing it manually, strange things happen when you do mistakes on the OT.
I will for shure try it on my old macbook! 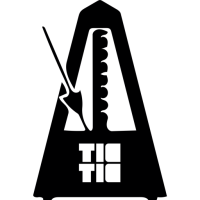