So at the moment i’m using a midi control knob to send its value on cc 90 which corresponds to amp envelope attack on the bass station 2. I can control the amp attack with the control knob on the digitakt, so I know it’s sending midi messages to the right cc just fine. But when I automate this on different steps with parameter locking I don’t hear any effect at all. Sometimes the locked parameter information will trigger on the very first step right when I press play and start the pattern, but then it immediately stops working. When I hold down a specific step and press yes to hear it with the parameter locked information, it’s the opposite way around, the locked parameters don’t trigger on the first yes, but on all subsequent presses on yes I can hear the parameter locked information coming through.

Am I doing something wrong here? Or is it some obscure flaw in either the digitakt or bass station firmware? Anyone out there experience similar problems? Any help would be much appreciated.

So after fiddling around with this some more, i’ve come to realise that the problem is probably with the bass station 2. It’s only a few specific CCs that don’t seem to work, or rather behave in that weird manner described in the previous post. Specifically i’ve noticed this problem with the amp envelope attack (cc 90) and the mod envelope attack (cc 102). Parameter locking the decay (cc 91) or the filter frequency (cc 16) seems to work just fine, I get the behaviour I’m expecting. I don’t know if this is a firmware bug on the bass station 2, or a more serious bug with my particular bass station or maybe some third option, but I’m pretty sure that the Digitakt is sending the midi messages as it is supposed to, the bass station 2 is just not picking all of it up the way it’s supposed to.

I had something similar happening on a DSI Tetra with Digitakt sending the MIDI information. For some reason the motion sequencing reacts a little weird on the attack parameters.
I suspect – this is just 100% assumption, all guesswork – this is because the default attack setting has already happened, so when the motion sequenced MIDI CC message reaches the instrument, there is no attack „to be made“. The MIDI note-on event gets transmitted before the MIDI attack parameter CC. Uhm… hard to describe, I need some more tea haha.

Try setting a slower attack time by default and motion sequence it to only be shorter, never longer. Does that work?

Might have to do with the sequence the digitakt sends its midi information:

If it sends “note on” message first, followed by the cc values stored per step, it could well be that the attack-portion of the envelope is already over before the attack cc value is sent.

On most sounds the attack phase is only a few ms…

Thanks for the replies and the advice @Lauli and @TBN . I tried setting a slow attack and parameter locking to a fast attack, but unfortunately the problem persists. It behaves weird though… So at the moment I have the attack both on the synth and on the digitakt set at 127 default. I’ve made a pattern only with 1/8th notes to test. The parameter locked pattern values looks something like this:

On the first 4 steps it’s actually kind of working, I hear the attack time getting slower and slower, but for the last 4 steps where i’m switching back between 0 and 63 I only get a fast attack, all those steps sound as if the attack is zero even though default value is 127. So I don’t think the digitakt is reverting back to defualt settings in between steps, but I still do think that you’re probably on to something though. If I could somehow make the digitakt send the cc 90 to set the attack before sending the note on events then I think it would probably work, because it works as I would expect when i’m just twisting the knob around without playing back the pattern.

Is there any way to force the Digitakt to send some specific cc’s before sending note on events? Maybe I could use ghost notes to set the attack?

Is there any way to force the Digitakt to send some specific cc’s before sending note on events? Maybe I could use ghost notes to set the attack?

Not at the moment. I see the issues you’re having here on my DT & BS2 as well.

When the same CC data is sent from Ableton Live (per note) to the BS2, there’s no problem – attack changes happen per note exactly as intended – so, as you suggest, looks like the DT needs an option to send its CCs a tick or so ahead of Note-ons to fix these missed messages.

so, as you suggest, looks like the DT needs an option to send its CCs a tick or so ahead of Note-ons to fix these missed messages.

Yeah. I think i’ll contact Elektron about this problem and maybe suggest this to them.

When the same CC data is sent from Ableton Live (per note) to the BS2, there’s no problem – attack changes happen per note exactly as intended

I’m a little curious here, how are you sending CC data per note from ableton live? Do you mean that you’re drawing the automation curves for the specific CC in the envelope section of the midi clip in ableton? Or is there a feature that i’ve overlooked that allows to send CC messages per note? Sort of like velocity is sent per note?

Do you mean that you’re drawing the automation curves for the specific CC in the envelope section of the midi clip in ableton?

I did most of the parameter automation for the attack time on sounds via the LFO on the Digitakt – the DSI Tetra was totally happy to listen to the LFO information, but for some reason wouldn’t get the direct parameter locking. Was absolutely a huge amount of guesswork involved on the groove, but with parameter locking the LFO multiplier/speed/depth, you can kinda get some ‘intentional’ movement going. Wonky as hell to dial something in though hahaha.

Not sure insofar as to how this will help you, because different machines and all 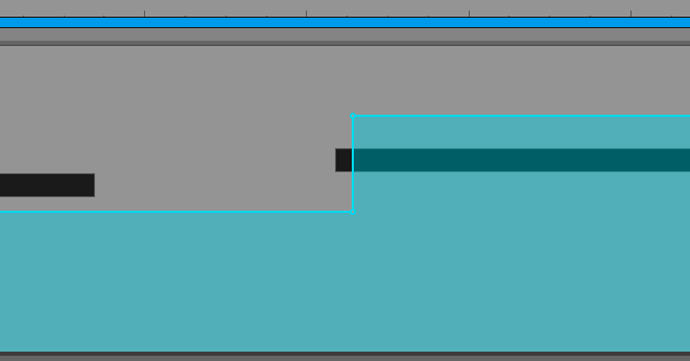 Interesting, so this must be a timing issue.

It would probably work if the Digitakt sent the CC messages prior to note on events like you guys suggested. And since all the last 4 notes in my little sequence all seemed to playback with a very short attack, when i was just switching back and forth between 0 and 63, I would guess that this problem doesn’t really occur when going from long attack to short attack, but only when going from short attack to long attack. It all makes sense, with the attack set to something short the duration of the attack would probably be zero or at least less than a millisecond, so the attack-phase of the envelope is already over and done with by the time the midi message is received.

I have created a support ticket with Elektron, explaining the issue and linking to this discussion, and I’ve also suggested that maybe a solution would be to allow for midi cc messages to be sent just a few ticks in advance of note on events.

@garf definitely a timing issue. If I increase the attack duration slightly on the short attacks I get more of the behaviour I would expect. For example switching back and forth between 9 and 95 seems to work a lot better, I get that expected effect of switching back and forth between a fast and a slow attack. But this slight attack also removes the initial clicky sound that you would get when the attack is set all the way to 0.

same here, seems that attack won’t kick in unless the value if 4 or above. 0 to 3 does nothing.

I’m having similar issues with the Digitone and my iPad. The DN is sending midi plocks, and a midi monitor on my iPad is seeing them, but the synth on the iPad isn’t responding.

Ya. It’s all the parameters with just plocks. LFOs to CC and live knob twisting works fine.

It’s all the parameters with just plocks. LFOs to CC and live knob twisting works fine.

If the knob twisting works, then the midi messages are obviously coming through. Sounds weird that no plocks are working. Have you tested with other gear than your iPad?

I said the midi monitor was seeing them. I know they’re being received. I’ll try and test it with some hardware synths.

I said the midi monitor was seeing them.

Right, you said that the midi monitor was seeing the midi messages, but you didn’t say the synth app was receiving the messages, in fact you said that the synth app wasn’t responding. The midi monitor is a different app than your synth app, right? So the synth-app could still have been set up wrong, maybe receiving on a different midi channel or something like that, but we can rule that out now when you say that the synth is actually reacting correctly when you twist the knobs on the Digitone or use the LFO

And that’s why it’s weird that no plocks are working when knob-twisting and LFO seems to work, because if knob twisting works, then midi messages are obviously coming through all the way to your synth app and not just the midi monitor app