How would you guys go about setting up the OT to allow for most flexibility to create entire track structure in the Arranger BUT to be mixed externally?

I’m aiming for a project where we will only use analog mono sources (incl the AR and AK) for all musical parts. All analog gear is currently run through my 32 ch mixing console with a handful of hw units as inserts/sends and I’m running the master B out of the mixer into OT AB for sampling.

As mentioned, I’m intending to mix the tracks out of the OT by printing stem by stem using the cue in parallel to AB when “performing” the tracks into my Akai DPS24. The DPS24 will be used for tracking and mixing digitally into Logic that is being used as a virtual fx rack - each track in the DPS is sent to its individual track in Logic - using Softube Console 1 as inserts - and then further out for analog summing via the 32 ch analog mixer.

Now, our process will start with jamming around and creating patterns (sequenced from OT midi, AR and AK), using the mixer for eq and fx. I then intend to capture snippets/loops/etc in the OT and then start mangling and trying out variations of everything once it’s inside the OT.

So, if you were to do something similar, how would you set up the OT with parts, scenes and tracks to allow for greatest creativity and simplicity for slicing/resampling/etc? I’m hoping to be able to mix kick, bass and snare as isolated channels in the mixing process.

I started using DJ eq on every channel. For fine tuning. You could set up different parts with different effects, when you feel the need

Thanks, this is a good tip indeed

. I’m guessing this allows for more finished sound within the OT itself.

Anyone else want to chime in? 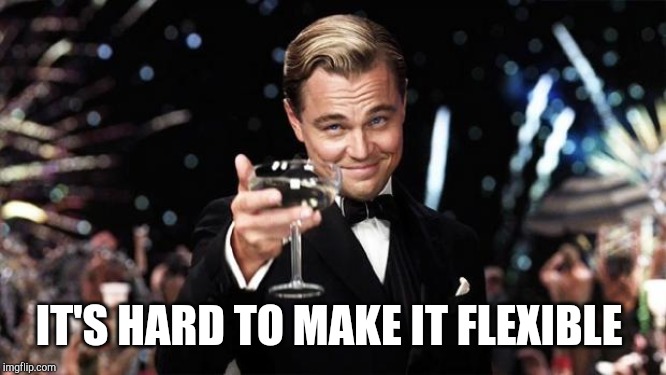 Hard to tell, very personal. I usually start from scratch, it’s a good thing to memorise all parameters, but of course a template is usefull. @Open_Mike and other Elektronauts would probably give better examples than me in that concern! IIRC read @Burpy intesting ideas concerning parts templates you can copy.
I may use this on bank P.

Btw I used a default template 3 years ago or something, and now I know what I’d like as default, especially machines (FLEX and corresponding track recordings), Master track (compressor / reverb) and lfos (mostly Random + Hold). I’d also set 8 lfo designers.
As some fx are not neutral I’m not sure yet if I’d set fx to NONE, I oftenly use Filter + Delay!

Hi dobermate, if you have this 32 channel mixer, why not route the kick & bass away from the OT?

If you put the OT to an send instead of the master B out of your mixer, then you could control, which instruments gets sampled, the only piece missing is then the capability to filter kick & bass away, if you have another global filter /eq, that might not be an issue.

Or maybe if you want to filter /eq with the OT, then put two through machines to C & D, and feed kick send and bass send through it.

This way you could have the individual channel recorded, and also record it on the through machine.

Thanks - will read @Burpys posts!

Yes, so many possibilities with a big mixer :). Reason for me wanting to print it into the OT is to allow for disconnection of all other machines and just focus on the OT for entire arrangement.

one shot trigs on for recorders on all tracks, arm and then save all every pattern change. dump into DAW and arrange. thats the quickest way I can think of. I used 2 OTs for a while and that was nice but you still only have 4 pairs if you want stereo. the real trick imo is to either use OT as an instrument or just mix in OT. if you go the extra gear route it would be best to get a digitakt or other external sampler/drum machine for rythm duties. that leaves OT with a stereo out for bass and a stereo out for melody. rusty was making some stem printing software at one point though, unsure whether it was released

btw I know that sounds like pretty shit advice (buy more stuff) but theres just not a real simple way to do it. its one of the biggest gripes people have with the octatrack. I found peace with it when I just started recording everything out the stereo out, I never really go back

Thanks - yes, investigating different recorder setups (it’s possible to pre-slice things?) would be very important here. The AR will be the rhythm foundation and I’m hoping to print 8 stereo stems to the Akai for mixing later.

Yes, you can save different slices templates but you have to record same length or longer (shorter messes up slices). For loops you need to set the same tempo. OT master preferably.
I recently used pre-slices to tune recordings.

I just came up with a decent solution for setting up loops to play with.
I create slices with the Octachainer.

The first wav file contains all the loops that should go on track one, the second contains the loops for track two and so forth. When a “scene” has fewer than 8 sounds, I pad them with a silent wav file to ensure the alignment between all 8 files. I assign those to static machines if I want to leave space, or I can use flex machines, either way is fine.

Now you can easily travel to different loops by putting in trigs for the slice number at the begginning of every track.
You don’t have to sacrifice parts for this and by using a single part things become a bit more manageable.
It’s quite fun this way.

Yeah as @sezare56 said, but I wasn’t thinking about it in that sense, I mean not having your recorder buffers set to any track and just using them as a virtual tape recorder to capture your loops from a completed project

I have one template project. In it i have the 4 parts (and corresponding patterns). Each part has a completely different approach in starting a project: a looper (with some pickup machines), a part with mostly empty flex machines as a fresh starting point, and two parts with some basic often used samples or midi setups. I renamed each part. This way i can start quickly with something new.

After few years with OT those templates grew with me.

This is very interesting - will look into a similar approach with the parts - many thanks!

Sounds very cool! I’m probably needing to sample from the mixer directly into the OT so octachainer might be a no go, though

I was indeed thinking that it is a bummer that one cannot collate multiple files into slices within the unit’s interface. Why do we need to use a computer for that.

I remember trying to copy/paste samples in the sample editor but it is not trivial. IIRC you have to manually lengthen the audio to fit in what you are going to paste.

Anyway, my approach is twofold, there is a phase where I record/build loops with the OT and use the track recorder to bake and save each loop. Eventually it goes into the computer for re-organizing, naming, cleaning in reaper and then back into the OT for a fresh start.

it is a bummer that one cannot collate multiple files into slices within the unit’s interface. Why do we need to use a computer for that.

In OT you can make a sequence with sample locks and resample.

@sezare56 True. I might give it a try, but it feels like a cumbersome workaround. Would be cool if we could paste samples as slices directly

Much faster and easier than audio editor!
Sample locks > resampling > Slice Grid. Delete some slices for longer samples. You can also repitch on several octaves up on 1 track.

we could paste samples as slices directly

Sure. An Octachainer in the OT would be great.
I gave it a try. You can record silence, eventually multiply the recording (Pickups Fn+Midi), apply a slice grid, then copy paste audio on selected slices (select slice > Edit page > copy). Edit slice end.