Found multiple MP3450 battery’s on Alibaba.com that have 6v option. They do supply 4amp whereas the Octatrack needs 3amp but that should be fine I believe.

Merino - I’ve tried contacting that supplier (ape-battery) on Alibaba a few times for the batteries with no luck - no response to either my messages in English or Chinese, though it may be because I only wanted one and most of their listings have a minimum order of 100/300/1000 units. They do appear to be selling them for larger orders though.
I also found a listing on Taobao.com for the MP3450i model, but that supplier never shipped my order, so no luck there either.

mtcleaewave - the powergorilla looks great but outputs 8.4v - squirts says that works ok for the octatrack. I don’t know enough about this stuff to trust it not to wreck my octa. Can anyone confirm that’s safe long term to use with the octatrack?

there is a 5V option on the powergorilla - that would surely be close enough?

It’s hard to tell from the images/description, but I think the 5V output on the powergorilla is via USB, not the ‘OUT’ port which supplies 8.4v-24v.

Some hinted that the upcoming ripcord USB power cable might work with the octa?

I thought the same thing, but the ripcord only outputs 1A of power and the Octa needs 3A, so not sure it’d work.

IIRC they state up to 10 watts, which is above the minimum draw of the OT?

Anyone having some experience to report on? I guess the 6V / 3A is still not easy to find…

The MP3450 powergorilla has 6V. I use it all the time. Ive not had any problems.

seems it is not sold anymore…so sad.

Omnicharge Omni 20 is the way to go. I’m getting around 8 or so hours running the OT mk1 off of it.

Any thoughts on this? The Omnicharge Ultimate !

A New Generation of Power

The Omni Ultimate provides a charging experience unlike any other. Taking the best from all Omnicharge products, the Omni Ultimate brings you an unparalleled feature set and a capacity that can charge all your portable devices.

…shall I wait for this thing to come out, so that I can get the Omni 20 cheaper?

@Augenadler You have any recommendation on the step down converter? Gave that also a thought…but I always wondered on the possible loss and required surplus that the powering device may need

If you sign up for the omnicharge newsletter, they say they are a giving a 50% discount for earlybird orders in the Omnicharge Ultimate. Could be a good offer.

Works. Gets warm. Just solder plugs to the ebds and you are good to go.

As @Augenadler suggested I got a step down converter (well one I can setup/reuse as well for other devices). Now just have to check how long it will stay alive. 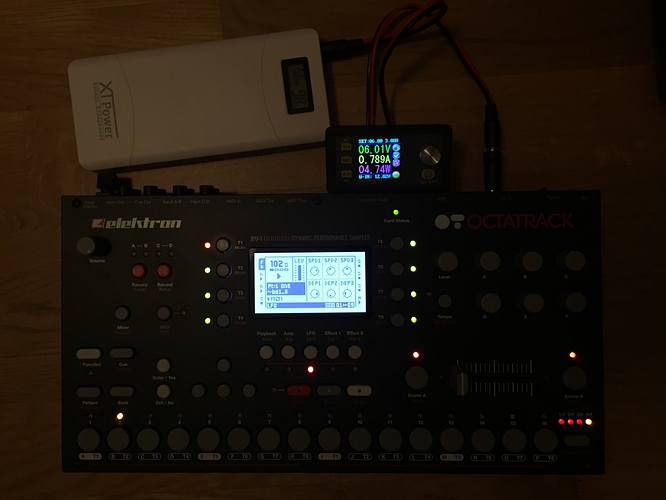 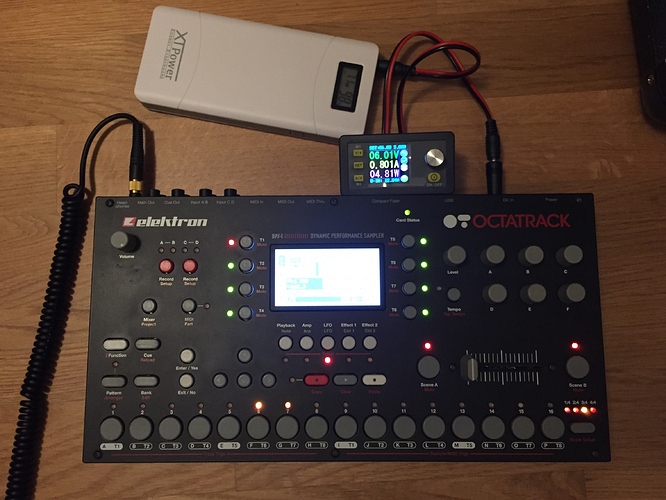