Sure, it’s working. Doesn’t make it a fair asking price. They seem kind of like the Gucci or whatever of the music gear world. You might get some or a lot of pleasure of out of it, but you’re paying through the nose.

We have a request for that!

I think the OP-1 can still be improved in many ways without needing breaking UX change. I like what they did for Tape change, I can only imagine some other shortcuts getting magnified this much…
Saving patterns as user presets on 1-8 for quick recall could be a lot of fun.

Is MIFI implementation with CC on every parameter also something that got asked a lot? I believe it’s on the rails as well, even only to pair the OP-1 with the Z… Or in our case, with our favorite weapon

I sold my OP-1 a few years ago because I did not care for the sound. I wanted sounds that inspire me. My only regret is I sold it about 6 months before the price went up. And now they release a new version that cost more than an M1 Air + Ableton Live? No thanks. I’m suddenly feeling very happy with my decision. But, I am not going to criticize anyone who does want it and pays the price. I’ve bought too many expensive musical instruments to judge anyone else for their choices.

The good news is there are currently about 100 op1s on reverb prepare for that value to begin bottoming out as people realize they aren’t going to be able to sell there unit without going low.

Interesting, maybe the price of used will revert back to original prices, or even cheaper. I remember paying around $800 when I got one brand new around 10-11 years ago.

It hasn’t been discussed no. But midi CC implementation on synth/drum similar to the OP-a implementation would be really cool… also on the tape would be cool, imagine making tape wobbles with an LFO from Octatrack

No doubt this is a nice, fun standalone instrument if the cost is of no consequence. Realistically though, with the very high price of the V2, do you think someone can come up with a knock-off at, say, half-price?

Doubt it, original OP1 just became a cheaper alternative to op1f as is. Now sold alongside it for a cool $1400…

If the op1f would replace the original at the same price point, then the used market price decrease would be more likely.

No one will sell their devices cheaply if the price of the next iteration is even more pricey.

A very crucial question I haven’t seen answered yet: is the chopper still there?

you might be right but there are actually nearly 100 units on reverb one at 800… seems like a matter of time before people just want to move them vs wait for units priced lower to sell, especially if they just dropped 2k on an OP1 field. My guess is it will be like the A4 mk1 where there will be a quick bottoming out maybe 600-700 and then it will bounce back up slowly once all the used units start to find homes.

Same here. I’d buy a new Mac Pro computer with wide screen monitor over the TX-6 or new OP-1 field. I’m happy with the OP-1 that I bought last year for 1k.

As much as I like my OP-1 my Elektron gear is more useful and powerful.

In Germany my eBay classifieds got more OP-1s during the last two days than it usually has over a few months. (Just counted 13!)

I’ve always argued to a degree against the idea that it’s the artist’s input/skill, not the gear that’s most important.

And this discussion really highlights the reasons why both are equally as important, in a relative way.

I’m happy I’ve ordered the new Op-1 field. I’m not happy I paid 2 grand for it. But the Op-1 environment opened up a frame of mind that rooms full of gear, over 30 years didn’t manage to do. I’m not saying I wasn’t productive over those years. I enjoyed myself immensely, but certainly in the last 15 years I felt stuck in a rut.

Admittedly I’ve owned several Op-1’s at different times and they didn’t click at those times. But then things happened a few years back and everything aligned. I had the money and opportunity to buy whatever the hell I wanted, in bucketloads. But I was drawn back to the Op-1, with a desire and deep need not to go back to rooms full of gear. And to hopefully not repeat the cycle of re buying gear that is amazing on spec, but not in use in my hands.

And I’ve found great peace and inspiration in solely using the Op-1s. Always tried to add a few fx pedals here and there. Thought I’d like an Op-z to accompany them, but everything became a distraction again. I’ve said it recently but the Op-1 is my entire musical world. I want to enjoy and continue that experience with this evolution.

Spending that money at anytime on anything should take serious consideration, and I’m saying this as an ex bankrupt. But I can see a musical future for myself that had been lost for perhaps 20 years or so. And that translates directly to my mental well-being. As a teenager making music I imagined great things, but that got lost in later life. Op-1 has made me feel more like my old/younger self. And that is priceless (without wanting to sound like a commercial)

Today I played with my OP1 for a few hours while out of the house and it totally killed my gas for the new op1. I think it’s already perfect as is for what it is. I’m not sure I need anything deeper for the sketch pad I use it as.

Today I played with my OP1 for a few hours while out of the house and it totally killed my gas for the new op1. I think it’s already perfect as is for what it is.

Do you use many of the synth sounds, or mostly samples? I struggle getting synth sounds I like on mine.

I feel you and I hope you recieve your op-1f soon and report back on how you like it. From what I’ve seen and heard about it, as well as my experience with the og-1, I think the op-1f holds the potential to be the one piece of gear I’d choose, if I were to ever reduce my setup to a single electronic instrument.
The og-1 almost held that potential for me, but the updates regarding stereo, recording quality and the multiple tapes the op-1f brings are what will most probably sell it to me sometime down the road as an “all in one” solution for music making.
I’ve been slimming down and simplifying a lot in the past years, not only in terms of music gear, but also other hobbies (gaming only on the switch, all reading on an e-reader, using only 1 really good knife for cooking, getting rid of vinlys and cds and going full digital on music listening, etc), and it’s just very liberating to declutter everything.
That being said, I also pre-ordered an m8 early this year and recently got a syntakt, so I’m not quite there yet when it comes down to reducing music gear

Did you guys see this sonic state video? everything seemingly is custom on the OP-1F . like every component, so in terms of R and D this is pretty much a high spec level, hence the price. 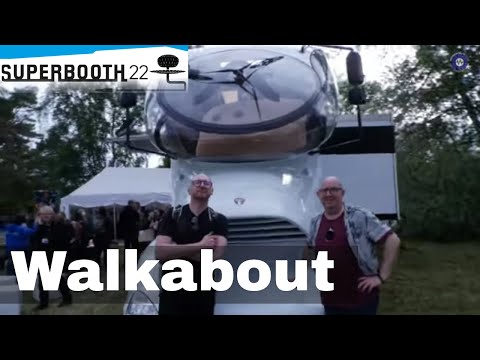