I am super happy to share my new album ‘When’ with you, which this time is not released via my own label but with my friends from the wonderful Belgian label Dauw.

‘When’ is about time and how not to be bothered by it.

But more technically speaking, the album was made with the A4 and a Cocoquantus. Most tracks also had a Portastudio playing drones (previously recorded from the A4) and on two tunes I also used the Plumbutter from Ciat Lonbarde. All tracks were recorded straight to cassette with my trusted Marantz PMD430. 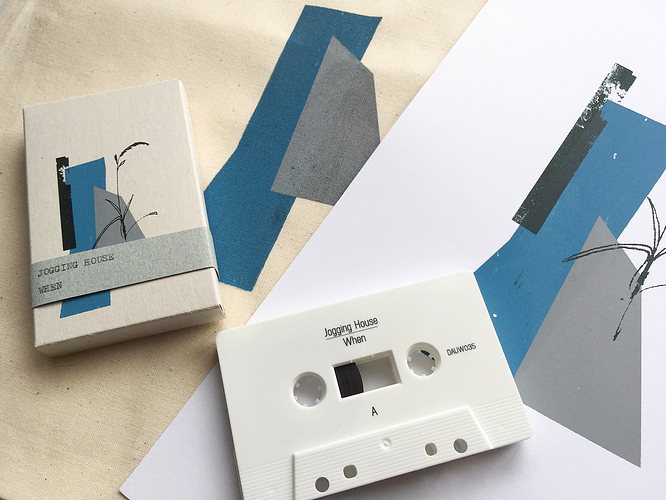 The album is available as of now digitally and on cassette.

As usual, I had the camera running while recording the music. So expect a some gear videos coming up. But on one track the camera didn’t work, so I took the chance and made the kind of video I used to do many years ago. This is it:

And here are the other videos:

I hope you enjoy the music.
Thank you!

looking forward to the cassette, tote AND print

Oh wow, you went with the special edition. Thank you! I am also really looking forward to getting it in my hands. Looks super cool, I must say.

Please tell me you’re working on an ambient sound pack for A4.

I am not, sorry. Not ruling it out for the future. But these packs take a huge amount of time (at least as long as an album) and I simply don’t have that right now.

this would be reallyy awesome and super useful to quite a lot of A4 users i think - please do consider it! @boboter

I really appreciate you liking my sounds, it means a lot to me. Just please understand that I don’t want to promise anything that I cannot hold. Maybe it will happen at some point, maybe not. We’ll see.

Thank you all so much for your support. I am not the most active member on this forum but the love I’m getting from you guys is mindblowing.

The regular tapes are already sold out. I can’t believe it. Just incredible.

Listening to this now. It’s so beautiful.

It reminds me of childhood summers by the sea and those nights when the summer never set, the sky always a blue something.

Thanks. I love it when music triggers memories. Glad this is what’s happening here for you

You literally delivered a peaceful moment.
Glad to discover this label, I live next to Ghent

Here is the video to the album’s opening track ‘Traverse’.

I sampled some sounds/loops of the A4 with the Fostex four-track recorder and the Ciat Lonbarde Cocoquantus. And then routed both back into the A4 to add FX. The A4 is also opening & closing the Coco’s inputs via CV.

Besides that, I uploaded an umastered version of this track some months ago. But I thought the final version would deserve to be here as well, so I can have all tracks in their final form together at some point.

Been driving around the coasts of northern ireland to this. Very enjoyable.

So nice. Almost has a Tangerine Dream feel to it which triggers mad nostalgia for me. Inspiring workflow as well.

Thank you, guys. Nostalgia and coast driving are both things I am very happy to give some background music to

On Monday I can finally share the full album. Never released something via a pre-order before and I have to say the wait feels endless to me.

Woo hoo! The album is finally available in full. And there is even a second cassette edition. Aaaand I uploaded a new video:

Besides that, I just received some download codes, so I wanted to share them with you. Let me know which ones you used and I will cross them out. Please redeem at: http://dauw.bandcamp.com/yum