Anyone managed to emulate the EFM kick from Machinedrum using the DN? I can’t seem to get anywhere close to it…

I’ll try and see if I can do this later in the day and upload.

Nice one, I can never seem to get the kind of “air” that the MD has, it always turns out a bit dark or too gritty

Tried and failed. I couldn’t seem to get there either. Maybe you could get close on the Digitone by stacking 2 tracks. One for the transient and body, they other for the tail. There’s that little snare like tail on the EFM-BD.

Yeah that’s what I meant by “air”
It’s a shame.

Sounds like an interesting challenge. I’ve done some percussion on DN.

I’m not familiar with the EFM-BD, can you share some examples?

Nice. That is a cool sound. 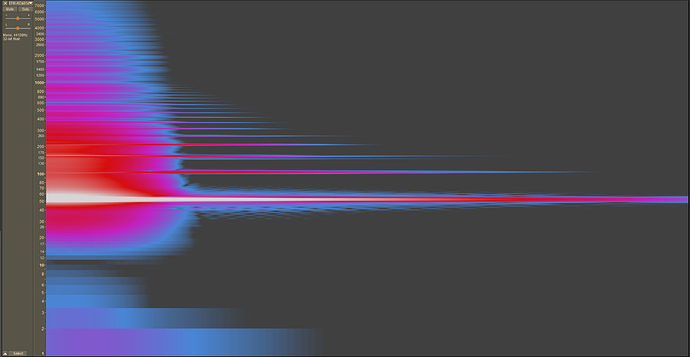 To my ears, there are two main parts.

My advice would be to get it going into a spectrogram and just try to match it up.

Fun project and nice kick - might dive into it more later if there’s time.

Thanks for sharing the sample, and gl.

Yeah, tricky to get that nice open airy sound, but here’s a one-track effort. Should probably have the modulating osc decay more slowly though.

but here’s a one-track effort

That sounds good. What was your basic strategy/settings?

Is it possible to share the sound somehow? I’d love to play around with it.

Harm at 0.14, pretty much a sine, a bit of detune to make it less clean and consonant, and feedback (94)brought up to bring in a bit of noise for more high freq. transient.

Just turned the drive on as low as it would go for a bit of dirt. There’s not much of a fade between off and on; even here at 0.01 is a pretty big jump from off to on.

That’ll get you most of the way there – tweak env decay and release to taste.

Just misses that nice roundness that the MD kicks has.

What does algo 6 get you (as opposed to say 2)? Is A modulating B1 important?

Also, no pitch modulation? From LFO or anywhere else?

Here is your spectrogram for comparison: 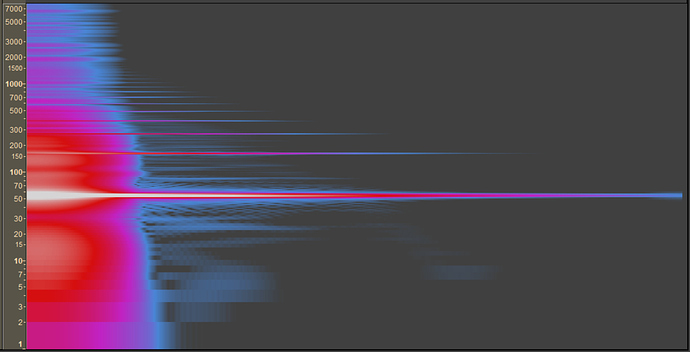 Your sense of missing roundness could be the fact that you have only odd harmonics (i.e., no harmonic at ~100Hz. Your root note/timbre is more of a triangle or square (odd harmonics) and the MD kick is more of a sawtooth (all harmonics).

I quite like the chaotic options of 5 and 6, with a couple of modulators on at least one osc, but I’m sure you could do something similar with the other algos too.

No env pitch mod, just the AB level envs modulating the root for the attack.

Ah yeah, the harmonics are mainly due to the drive being on I think. I’m trying some other options without drive – the harm param covers loads of territory!

Super! Thanks for the inspiration. Glad fun was had - synthesizing percussion is a blast. Take care.

That’s super cool, I’m going to have a go at this tonight!

Thanks for your input!!!

Good thinking here, I reckon we could get there yet!
I’m going to have another go tonight with all this new info and ideas, thanks so much!