A reminder about Phase two:

Here are our tracks from the motherland. You can find the full songs in the above .zip file with some extra goodies courtesy of lalal.ai - we suggest giving each one a watch/listen before diving into the packs. 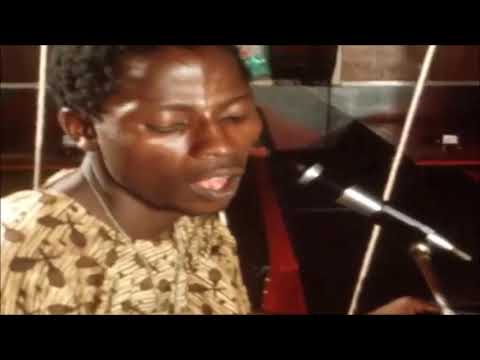 It felt right to start with the godfather of afro-beat Fela Kuti , in particular a cut that features a collabo (like our Motherland edition of BB) with former Cream drummer Ginger Baker.

‘Let us start what we’ve come into the room to do’ is telling it as it is — graphic explicit sex. Sung in Yoruba with some broken English explanations, Fela calls on his partner in the room to get on with it, ‘don’t play the innocent…let’s start! Take off your clothes! Let’s start!’. The recording has Ginger Baker, of the former English pop group ‘Cream’ playing live as guest drummer on some tracks like Let’s Start, in place of Tony Allen, the regular drum player in Fela’s Africa 70 band. The Album titled ‘Live with Ginger Baker’ was recorded in the sixteen track mobile studio Ginger Baker sold to Polygram Nigeria in 1976.

We chose this track because there are so many sharp, usable samples that can be creatively flipped and might even me recognizable…

Bonus: There is this documentary that captures Ginger Baker driving across the Sahara desert to arrive in Nigeria I want to watch! Full of amazing footage of drumming… 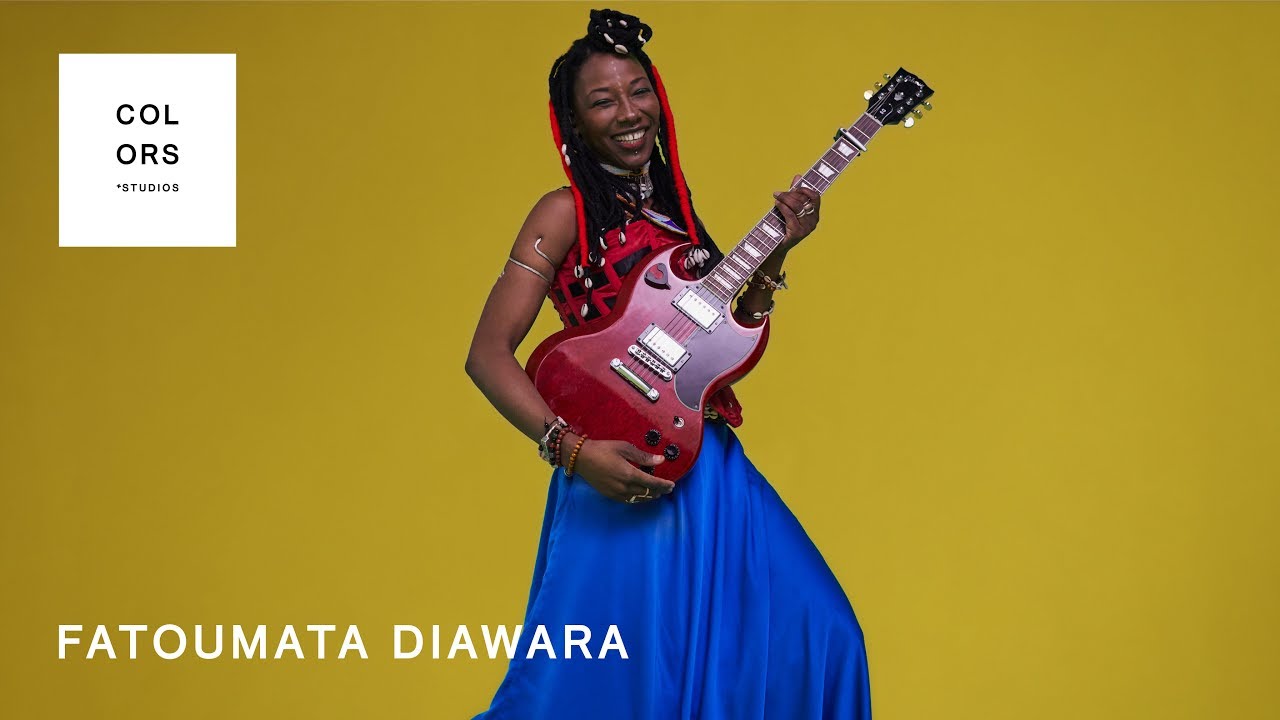 French based Malian singer, songwriter (and actress) Fatoumata Diawara’s music warms your heart and soul on a spiritual level. With a handful of fabulous records released over the past years in the form of ‘Fatou’ in 2011 and ‘Fenfo’ last year, the Ivory Coast born singer, songwriter and musician has continually impressed with her heartwarming compositions and stirring voice. Over the course of ten tracks that make up ‘Fenfo’, Diawara flexes her dynamic vocals and eloquent songwriting over inventive soundscapes that bring wonderfully bring together both modern and traditional elements.

For COLORS, Fatoumata Diawara shares an enthralling performance of ‘Nterini’, the dazzling opening track to ‘Fenfo’. Soundtracked by powerful tribal drums and handclaps that are later joined by killer guitar lines, its Diawara’s potent vocals that pierce through and tug at your heartstrings – you can’t help but digest each and every word she utters, regardless of whether those words are understood or not. Succumb to the brilliant performance of ‘Nterini’ up top, and if you haven’t already done so, be sure to check out ‘Fenfo’ too. 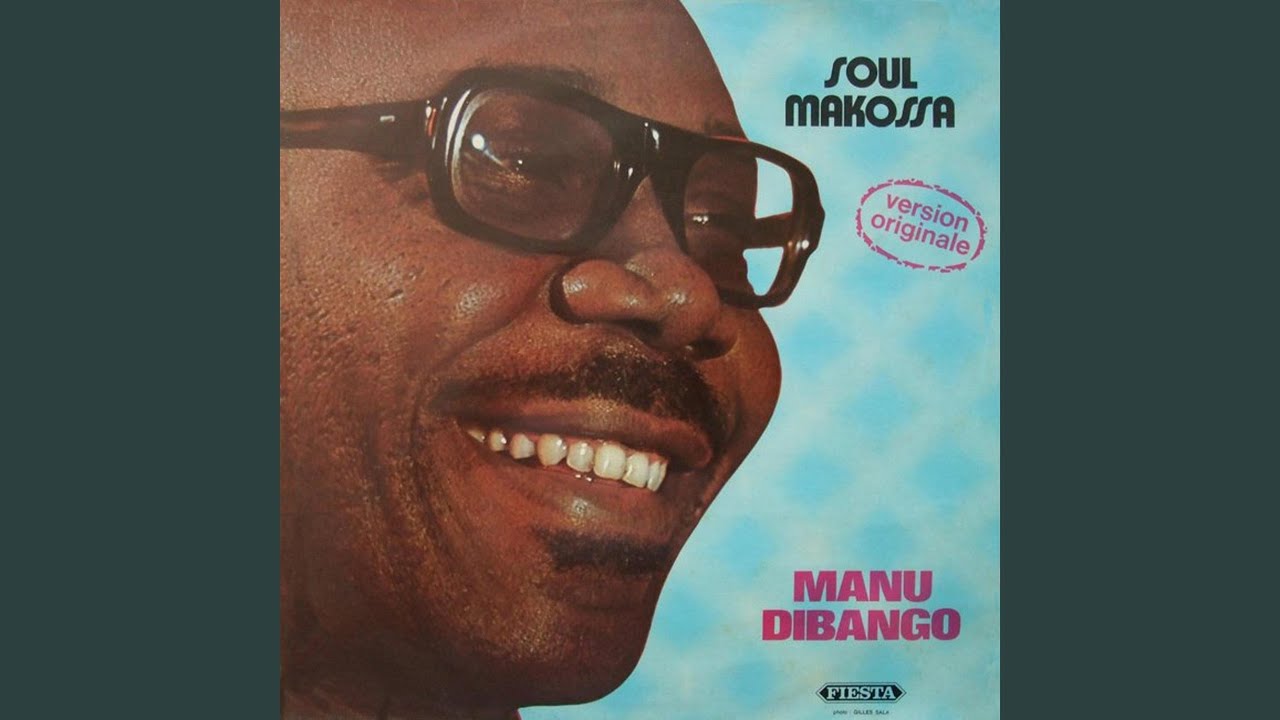 We decided to throw a bonus track in here. It is one of @surfacescan top 5 tracks of all time and selfishly, wants to hear how some others might flip these samples, giving the amazing rack even more life.

Summary of the rules:

Submit your beat privately to @Unifono by…

Great set up for the battle and and nice set of main samples.
Just to clarify, do we submit our beat as an MP3 or Wav upload to Unifono?
Obviously links to a YouTube video won’t be a good idea if the beats are to remain anonymous

Just to clarify, do we submit our beat as an MP3 or Wav upload to Unifono?

You could send me your tracks as wav or mp3 via pm, I could make a playlist with anonymous tracks and reveal after the blind vote

Thanks for the clarification

Thats sounds like a great idea, I’m happy with that

sounds good. it’s also cool to see how these challenges evolve as we get more people involved.

May I suggest to use the Elektronauts Radio for this?
@peterklank gave me the keys for it to live. I can share them to you, no problem

This reminds me that I should take some time to update it with last battles/challenges entries, btw…

May I suggest to use the Elektronauts Radio for this?

Sure. It’s great if there is some internal platform available in the forum

Would a “kick drum that sounds like an 808” sample be allowed under the drum sample rules?

Just wanted to say amazing tracks you guys have chosen

yeah, really enjoyed these. thanks for introducing. 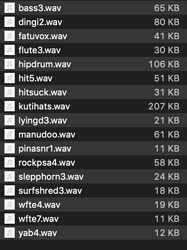 Yeah, I moved out of the house… it’s all yours

I made an email address for this one, I can try to find the password for it, or you can change it to another email address if you want.
It would be great if the house would stay occupied!

Any drum sample is allowed

As I know I will not have more time, I just submitted my beat @Unifono. Awesome samples, thanks everyone!

Hi fam. How are the beats coming along?

There are so many ways I could take my beat - I’m thinking the real challenge is going to be to not put EVERYTHING into it.

Anyone have any tracks they are using for inspiration - post em here.

There are so many ways I could take my beat - I’m thinking the real challenge is going to be to not put EVERYTHING into it.

sticking to maybe 4 or 5 elements so far, plus drums, and i’m working off and on with two separate tracks/ideas. it’s entirely possible i’ll end up with more than 4 tracks before the deadline, but we shall see.

@rockpapergoat that is some wisdom. keep those 4 separate tracks too! (And submit your fav). Me and @Unifono were secretly thinking of doing a little compilation after/part of this!