Electro is the sound of the b boy and kicked off in the 80s. Aux 88 and labels like metroplex made great electro with a techno edge

electro is a type of sound but also in my opinion a more “pop” structure, verse chorus verse (to be caricatural)
techno is probably more “progressive”
but the border is fine

and electro is the daughter of funk. listen to the fast tracks of james brown, bass line, snare, little guitar playing … Everything is here

I listened and I listen to a lot of electro, but at the start, even if I enjoyed songs, funk is not my culture at all. but one day while watching a documentary about james brown, there were old live extracts, very raw, and everything was clear

Add an ‘s’ to make it ‘electronics’ and a whole other realm of sound making appears. Whether that’s a commonly used term or not I have no idea, but I always tend to think of anything that uses electronic devices to sculpt sound in non-conventional ways as electronics. Like Goem’s use of the ‘Student Stimulator’ device, for example. Although the write up on their label artist page says they are “minimal pulse (techno)”, so what would I know?

Here… don’t tell me I didn’t warn you 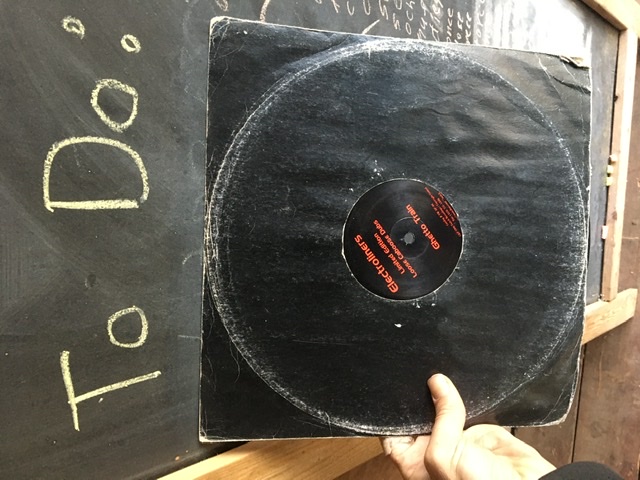 This is electro to me hehe:

Wait what no Kraftwerk?

Worrisome when fedde and justice get mentioned before drexciya and dopplereffekt in an “electro” thread.

Timeline guide to electronic music with all the subgenres, including examples each one.
Electro is around early 80’s and the it’s split in different sub-electro genres.
Miami bass seems not coming as Electro subgenre but as for Electro, a Rap subgenre at the same level.

Worrisome when fedde and justice get mentioned before drexciya and dopplereffekt in an “electro” thread.

Amen, kick these damn kids out of here

My earliest exposure to Electro was Newcleus, I think they are probably one of the pioneers in what took influence from Funk and early Hip-Hop and added the futurist sci-fi/space aesthetic along with contemporary themes such as video arcade culture, graffiti and urban street culture. Kraftwerk definitely might be considered proto Electro with some of their cuts like Tour De France although probably more Electro Pop than Electro.
Artists like Mantronik, Man Parrish, Cybotron, Bambatta, Ice T, Egyptian Lover etc then later UR and others incorporated elements of Electro into a Techno framework, then lots of artists from Europe continued to develop the style also.
For me Electro has always been a fairly under the radar genre, I love it.

I first heard about electro when somebody said Aphex‘ SAW1 is more electro than ambient or techno… have no idea if this true.

I listened to some drexciya but have no further experience with this genre.
Can somebody name some milestone albums?

I remember in the nineties when Prodigy, Chemical Brothers, Goldie, Underworld and basically all electronic music from Europe got put under this weird ”electronica” genre in the US music press. For us europeans they were Big Beat, Drum’n’bass, Breakbeat, Triphop or whatever but when they crossed the Atlantic ocean all of them became ”electronica”.

It’s a bit of a same situation with EDM nowadays. If you can’t recognize an electronic genre just call it EDM and you’re fine.

kick these damn kids out of here

I was going for the Mass.

There is also Electronica as a Genre.

Gerald Donald, half of Drexciya and Dopplereffekt + other monikers.
One of my preferred artists.

It’s a bit of a same situation with EDM nowadays. If you can’t recognize an electronic genre just call it EDM and you’re fine.

Haha yeah, and if questioned, there’s this halfhearted explanation about it being justified because of the literal meaning of “electronic” and “dance”.