Bored of over modulated sounds

I don’t know if it’s just me but when I hear over modulated sounds I just immediately switch off, eg going through presets on a synth ( wavetable synths I’m looking at you) where the sounds just bounce around every nano second or tracks by certain artists (naming no names) where it’s just a constant noise of modulation with no structure, don’t get me wrong subtle modulation, gradual changes over time , where you can hear the changes in the sound I like. Not sure if it’s the increase in modular use and the increase in modules that provide hundreds of modulation options or Elektron parameter locks etc that’s created this but some of it seems to be for modulations sake. The fact that you can now modulate virtually anything has created sounds that just don’t get time to breathe before they change and warp into something else. Keeping it simple for me is more enjoyable to listen to. 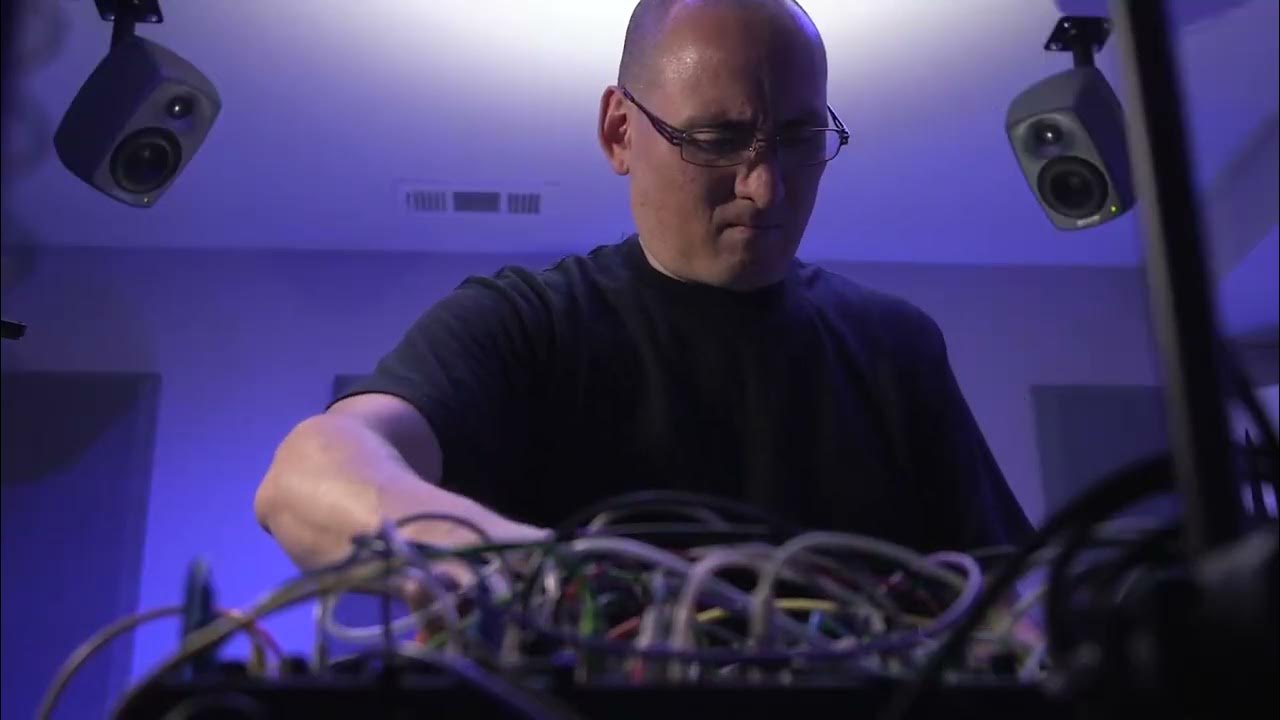 I too find it this hard to enjoy listening to. No idea what his intentions are, but it makes me think that this is an example of someone trying to push the boundaries of complexity so hard it compromises musicality.

Without wanting to make this about Devine, I think a lot of people that do this sort of thing are driven by the desire to make new sounds, something different and not like anything before. Its very experimental nature means there’s usually a lot of shit to wade through to get to the gold.

Yeah! I like recording a bunch of shit to then dig through for treasures. Sometimes I record several minutes and then only find a handful of seconds of usable sounds.

I enjoy modulated sounds though. I mean, not just modulated for the sake of modulation, but I do like movement.

My experience with modular was like that. I was always looking for sounds. And I left the eurorack world exactly because I suddenly realized that I was not making music (a least, the music I wanted to make) anymore. I got lost in the experimentation.

I still think that there’s a lot of music in there. But I just needed to go back to basics.

Still better than The Shaggs. Idk, maybe that’s him more just connecting with his gear and letting out some internal bleeps and bloops. Guy seems to be feelin’ it.

Maybe a sign of the times, with everything being so visual people think they constantly need to be doing something to keep attention. Nerves too. How many DJ’s do you see fiddling with knobs that do fuck all but they’re obviously uncomfortable just standing there and feel the need to fiddle, even if it’s just pretend.

Some of the best techno is literally a filter being gradually open and closed over the course of a track, a few drum elements being brought in and out but maybe that’s just when people had no choice but to listen, or the pills were that good they were locked in.

Cocaine and having to go outside for a smoke probably didn’t help.

that is also what I like of those artists (AE, AFX, Devine, squarepusher and so on). I guess this is just de gustibus, there are plenty artists who are doing more evolving sound structures and patterns, I enjoy also that kind of music namely something like early BoC as an example.

I’ll take experimental bleeps and bloops over mainstream filter opening any day.
I like surprises and timbres over energy.

But that’s right that it’s way more interesting when it’s used with a musical approach.

I love this one, its very experimental, but super executed. I love extreme modulations and feedback loops though.

It’s hard to make a pattern that’s so good one can listen to it for 10 minutes with virtually no variation. It’s even harder to modulate everything all of the time and make it listenable for 10 seconds.

In my perception (preset) sounds that make use of heavily modulated parameters are very often hardly usable in a general musical context, because the intention is to show off an instrument’s technical capabilities. Nevertheless there’s far more than stereotypical filter ramps or pitch wobbles if you are willing to invest some time and build some nice individual patches depending on your musical needs.

Oh yeah. These. Good point.
But IMO original presets are, modulated or not, are meant to show the synth capabilities and offer different starting points to synthesists maybe.

I find some highly modulated sounds very inspiring. Those with octave up+down for instance can be a good start for a track.
When you need a break, or create an atmosphere, or even when you have a very solid track with not much move, such a kind of sound can give some life to the track.

I must be really, really good at making patterns then. (Surely I jest) I’ll make them all the time and find myself doing dishes, rearranging the furniture, dusting underneath my gear etc., and 10, 20, 30 minutes go by still jamming to the same pattern.

But seriously, it’s fun from a sound exploration perspective to modulate my modulators by modulating my modulations with modulation - then resample it and modulate it.

i do enjoy some real glitchy stuff… but its mostly due to the rhythmical nature of it. if the creator makes a something under a really odd time signature for instance.

I think the big problem is that people (me included) dont let the sounds breath.
SOPHIE´s Faceshopping is a great example of letting sounds breath. rhythmically its incredibly simple, but that simplicity makes it possible for the complex sounds to breath.

funnily enough the synth sound i enjoy the most is a lightly wave folded sine wave with a hint of low pass on it… its the most basic shit ever, but it just makes me all warm inside.

I think those “one key wall of sound” presets just exist to show off what a synth can do as others have said here. They often don’t seem very musical. It’s the same old joke about the picture of the EQ plugin with tons of curves everywhere, whereas in reality someone just uses it to make a tiny bump or a tiny cut.

Stating-the-obvious alert…I think a lot of this is just about taste. I think some people like music that is more about melody and musical structure and some (like me) lean towards hearing new and unusual sounds or interesting sound design. Sometimes the two collide, often they don’t. These heavily-modulated sounds seem to be about keeping your ear interested and that’s what music is for, right?!

That Richard Devine video above sounds like sci-fi soundtrack to me and that’s not a bad thing (I like that stuff) but it doesn’t exactly sound like a piece of music.

It’s also funny about the subjective perception of what’s unusual or experimental. @Sternenlicht refers to the track they posted as “very experimental” but it sounds like every psytrance track I was listening to 25 years ago. It’s not a criticism (I don’t mind that genre at all) but it’s just interesting that some might hear that as experimental and I hear it as being generic. I always think of that statement people make about “it all sounds the same” with music - basically if you like the genre then you don’t mind if it all sounds the same but if you don’t then it’s all boring!

It may be just a matter of taste, and that you don’t like this kind of music, as I believe it isn’t anything new

Maybe before it was approach more in the programming side of things than in the pure “modulating” side, but I may doubt it, as Nord Modular, microModular, or other environments such as Pure Data has been there for quiet a while already. Probably it just started when the computer or similar devices were introduced into the electronic music making procedure.

I think there is an existing serious difference depending on the artists, and also in the hard work of patch designing, as it isn’t an easy job to make all this bubbling activity evolving patch into pleasant listening, or even tracks.

I found that video amazing, but just because on that case, it is simply a fabolous job execution.