Analogue solutions has come out with a new version of the Leipzig. They’ve turned it into a desktop machine instead of rack, added patch inputs and outputs, and tinkered with the sequencer. Looks pretty good.

Edit: for some reason the link doesn’t show a preview. I don’t know why.

They make great machines. I’m interested in this one.

I had a Leipzig-sk and loved it. 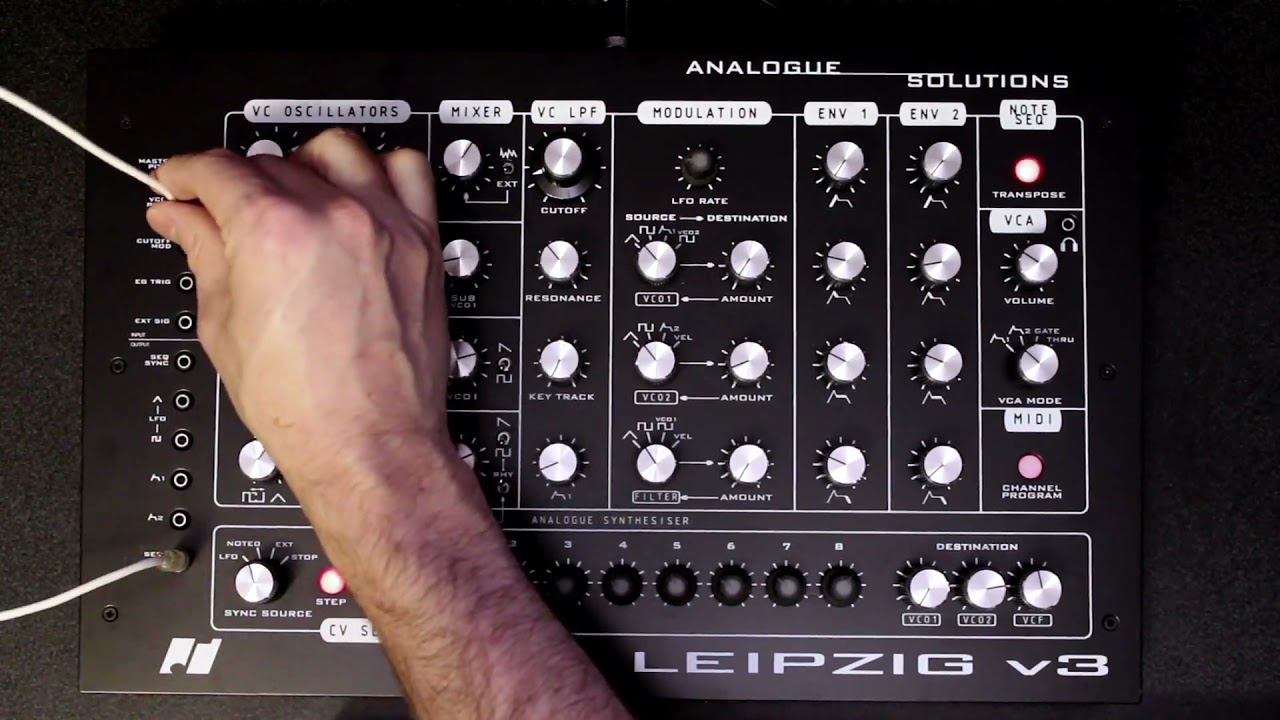 I’m an early adopter of the Leipzig V3. Got one of the first to be stocked in at Thomann.

While unboxing I found a gift CD with Tom Carpenter’s own music + some AnSol swag in the box, which was nice. The CD was a nice touch.

Absolutely no regrets for choosing this synth, which I attribute mainly to its core sound. This thing sounds analogue, heavy and big. It does bass very well. The decays of a bass tone with some added delay bring so much texture. The first bassline I recorded cut very easily through my mix.

The layout is very intuitive, non-cluttered and the one-knob-per-func makes it easy to dial in sounds and deeply explore with very granular knob moves.

I was fishing for a great sounding mono in the $1k market and it was this or Grandmother, I chose this for footprint and it also sounds great.

Ah, this synth also looks great. It’s a marvel to have in your studio.

The only known concern is around longevity, as I read in a review that

all connectors and pots are held in place via the circuit board only, and not screwed to the front panel (which with heavy use could open it up to potential solder joint problems in the future).

I’m not overly concerned about this as I have 3-year warranty and don’t abuse my gear and it sounds GOOD, which compensates a lot in my world!

I’ll definitely buy a decksaver for the V3, if they produced one. I messaged them but they want to see numbers moving before investing in the casting mould process. I hope more people will get this synth and request a decksaver via the form on their site

On the topic of sound vs. price. I’ve tried to compare my $250 Bro-1 vs the V3 and the V3 eats it for breakfast in terms of character and weight. So you get what you pay for.

I think I’m done with synths for the time being and focusing on making more music.

massive synth and mine arrived yesterday and really having fun with it. Serious deep bass and good rhythm beast as well. A demo of what I was able to create so far: 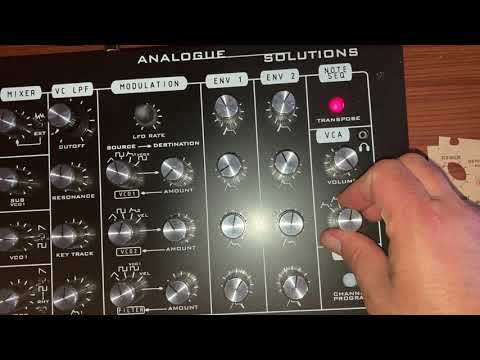 I got this and a Moog DFAM for my home office to use on breaks between work. Really fun! Now I want the larger Vostok as funds permit. It reminds me of the vintage analog synths of the 1970s/80s like Moog, Roland, and Oberheim all rolled into one box. Much larger than expected!

I’m finding that my Leipzig kicks Moog a$$ in beefy sounds. I’m disappointed by my Moog DFAM and loving the Leipzig. Now to save up for a Vostok and maybe Jomox Alpha Base or Rytm. I’m also loving my new Roland TB03 even though it requires USB power or batteries.